Yesterday afternoon, Sunday February 27, Salcombe RNLI launched their all-weather Baltic Exchange III to locate two people at Mothecombe who had been cut off by the tide on the river Erme.

This is what a spokesperson from the RNLI had to say,

"Using his past knowledge of the river and with the prevailing sea conditions at the time the Coxswain requested the Coastguard to launch the ILB from Plymouth to provide cover for the Y-boat in the event of a capsize and not being able to recover the Y-boat with ALB due to the demographics of the area.
On scene it became evident there were Mother and Daughter and their dogs on the rocks with no means of escape and inaccessible to both ALB and ILB boats. Therefore, the crew launched the sister Y boat to enable them better access through the rocks.
In rough seas the two crew members did exceptionally well making two trips from scene to shore and getting both ladies to the safety of the beach.
Whilst the rescue was in progress a nearby kayaker capsized in the breakers on the Erme bar, with the Plymouth ILB retrieving him from the water and transferred him to the Salcombe ALB." 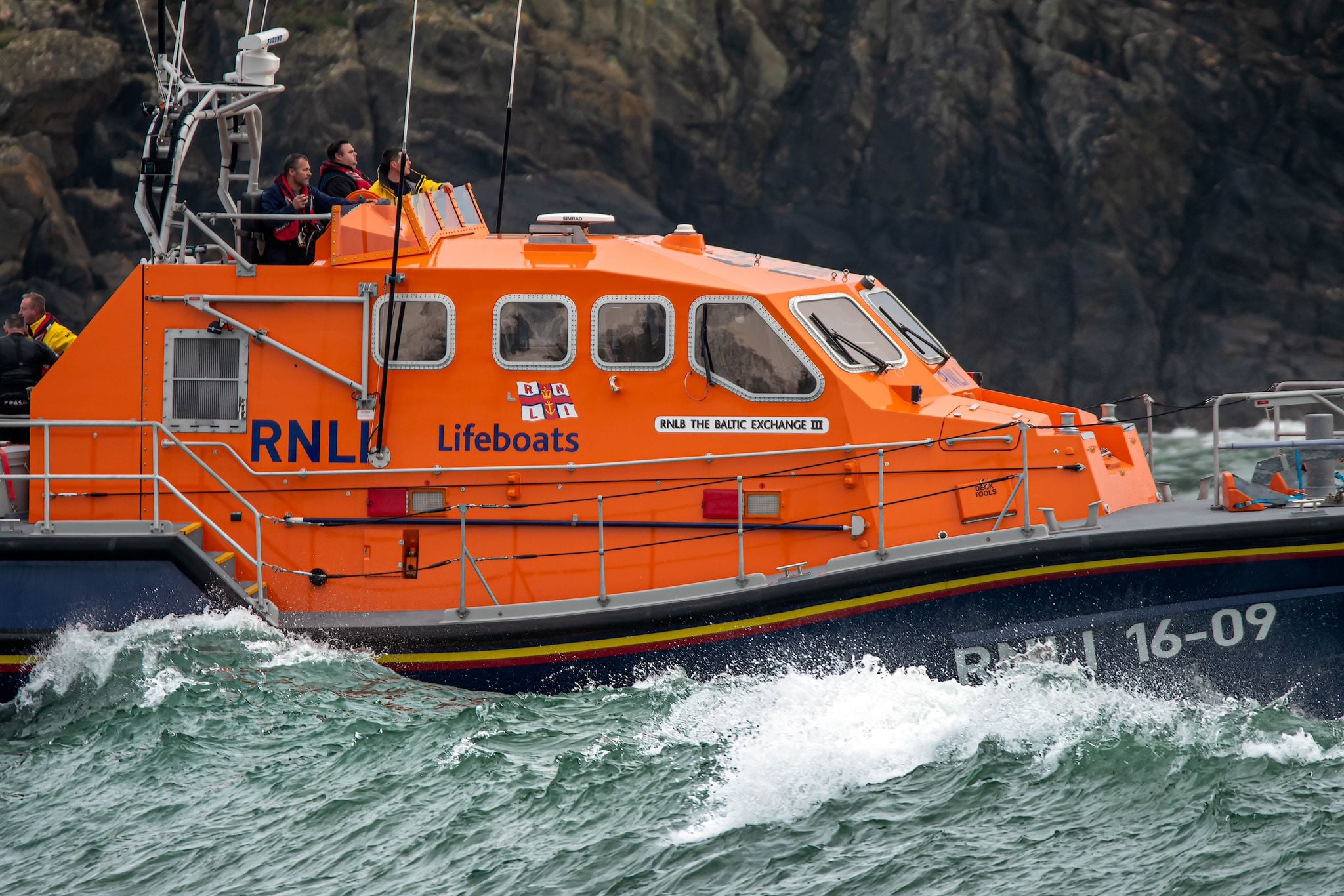 Well done to all involved in yet another successful rescue mission.
Photo Credit: John Baldry
Tweet