A nervous Springer Spaniel, who survived for days alone with his deceased owner, is among the heart-breaking cases being helped by a new mental health scheme at a South Hams animal charity.

Woodside Animal Welfare Trust has launched The Mental Health and Enrichment Sponsorship programme to support more animals like nine-year-old Marley, who was discovered by police at a flat in Plymouth this summer.

The unsocialised dog was scared of going for a walk, meeting other dogs and was wary of people when he was first taken in by Woodside.
But with the help of the charity’s new mental health sponsorship programme, the once shut down spaniel has grown in confidence and is starting to understand that both animals and people can be his friend.

Three months after he first arrived at the South Hams sanctuary, Marley is now ready for his forever home. 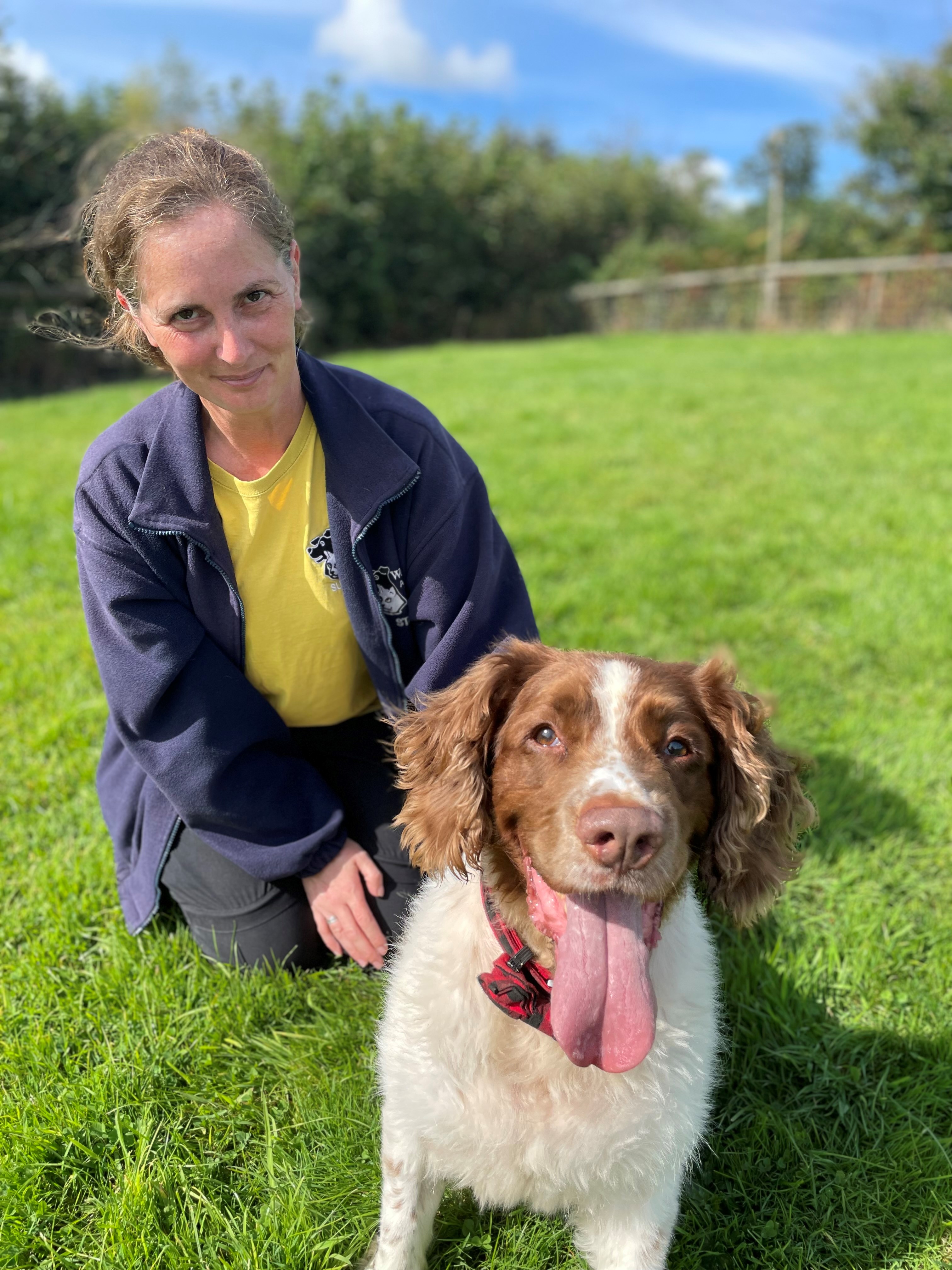 Assistant manager Dawn Cornish said helping animals like Marley was at the heart of the new sponsorship scheme.

“Marley’s owner wasn’t found for days so Marley was alone in the flat with him before police visited,” Dawn said. “His owner struggled with severe mental health problems so poor Marley has really suffered both from watching his owner struggle and then grieving for him.

“The importance of mental health is becoming much more talked about and there has certainly been a push in awareness of how mental health affects each and every one of us. This is true for animals as well as people.”

The Mental Health and Enrichment Sponsorship scheme is helping animals cope better with life in rescue, and ultimately their forever homes, by reducing stress and boredom and enriching their days.

When animals arrive at the shelter, many will struggle with their new environment and some have suffered years of treatment that has impacted on their mental health.

Dogs that have never learnt to chase a ball, dogs afraid to eat from a bowl and injured cats struggling with confinement as they recover, are just some of the sad stories seen at Woodside.

For these animals, the transition to shelter life can cause anxiety, boredom, skin disorders and even self-inflicted harm from chewing, for example.

Dawn said: “Whilst this is the newest sponsorship to be added, it is something that the sanctuary has been working very hard with for many years.

“When it comes to our young cats and dogs we know that being in a pen can bring boredom, which then hugely impacts on their mental health. We have a number of strategies to help combat this and we are always looking for new ideas.”

When Marley first arrived at Woodside, overweight and with a sinister lump that needed veterinary treatment, he ran away from balls in fear and was scared of eating from a bowl.

From initially feeding Marley by hand to ensure he had his medication, staff slowly introduced a feeding tray and scattered food to encourage movement and weight loss.

Marley was regularly brought into the charity’s reception area to build his confidence and was introduced to the resident dog Lucky, whose company helped him to progress both mentally and physically.

“Marley is a completely different dog to the one that arrived at Woodside”, Dawn said. “Staff have helped to build confidence in so many ways and with their experience he is now a dog who understands that a ball is for playing with, rather than running away from.

“Marley has since had his lump removed and is facing a much more positive future.” 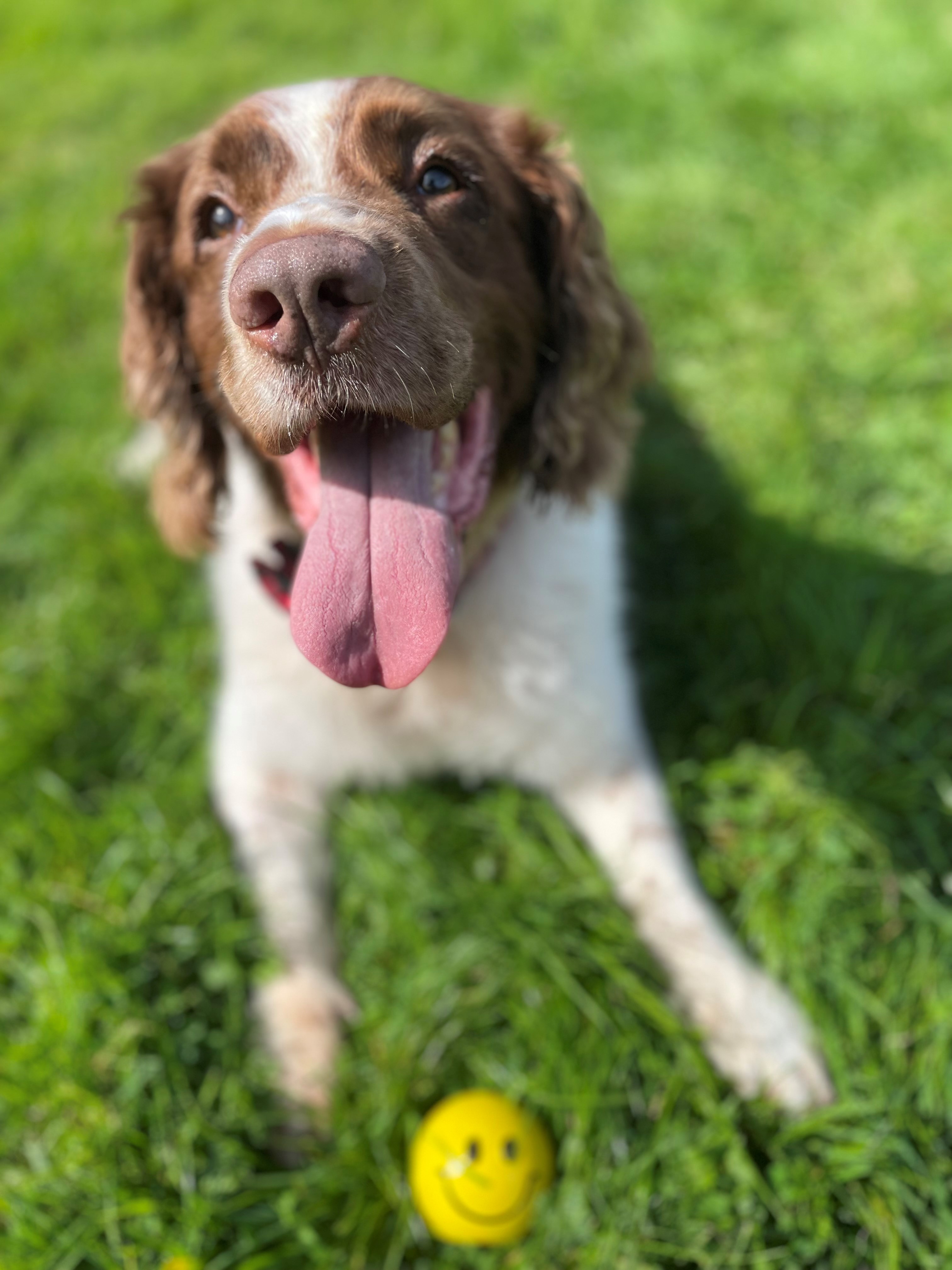 Woodside’s new sponsorship programme costs £10 a month, which funds the enrichment of up to 19 animal species, including cats, dogs, rabbits, chickens and livestock.

Treat challenges, toys, games, activities, one-to-one contact and animal interaction are just some of the methods used to enrich the lives of the animals.

For the livestock, there are mud baths and fruit ice lollies, a specially-made swing for the chickens, bathing pools for the dogs and special feeding mats, games and treat toys to keep dogs and cats entertained.

Among the other animals to be helped by the sponsorship scheme is young cat Woody, who arrived at the sanctuary with a broken jaw following a road accident.

Being young and energetic, staff knew Woody would struggle without enrichment activities adapted to help with his recovery.

This included stuffed treat toys, plenty of one-to-one time with staff and games such as a walkway ball challenge and catch the mechanical fish.

“His time with us, despite being longer than we would have liked, was most certainly a fun adventure for him and his recovery and progress was remarkable,” Dawn said. “Woody has since been adopted and is loving his new life.”

Situated in the heart of Chillington, on the road between Kingsbridge and Torcross...
FeaturedNew