Kingsbridge got to rub shoulders with the glitterati today, as Jim Broadbent came to town to film his new movie.

The crew involved in The Unlikely Pilgrimage of Harold Fry, a film adaptation of a novel by Rachel Joyce, came to town on Sunday, 26 September, to prepare the sets and then Jim and other cast members arrived on Monday, 27 September.

Most of the action was centred around The Bake House on Fore Street, which was transformed into a post office, and Fika at The Bus Station.

Abbie Carter, who owns Fika alongside her mum Julie, said that having the crew around was “so interesting and a really fun day”. Her mum was lucky enough to get a photo with Jim while he was getting a coffee between scenes. She said he was “so lovely” and “a really nice man”. 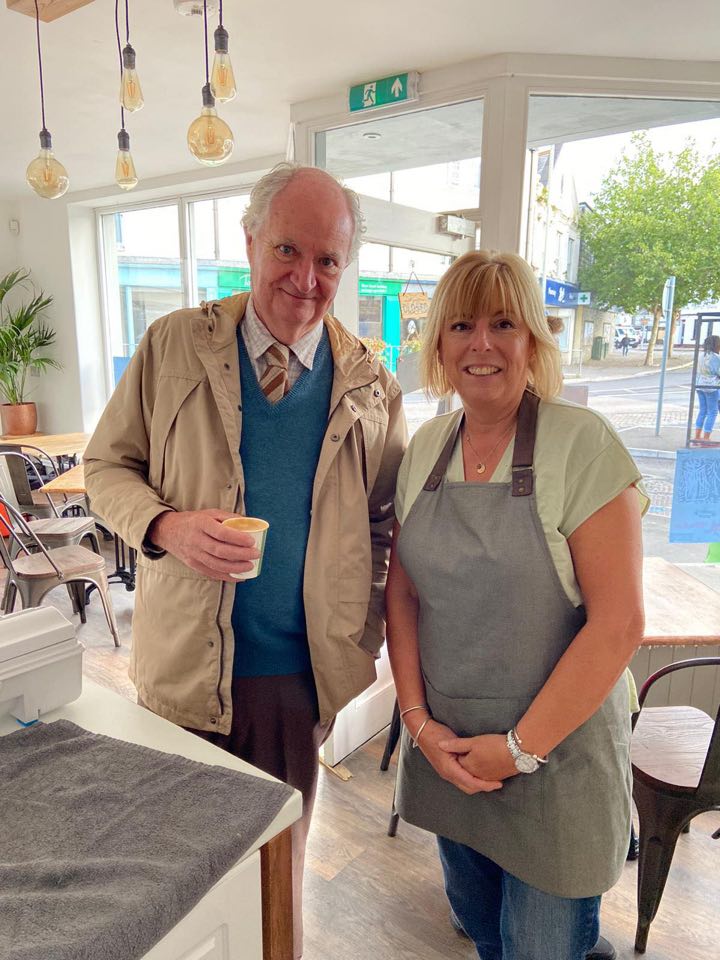 The Unlikely Pilgrimage of Harold Fry is a story in which Harold (Broadbent) gets a letter from a woman he hasn’t heard from in 20 years to say she is in a hospice and is writing to say goodbye. Harold pens a quick reply and, leaving his wife to her chores, heads to the corner mailbox.

But then, as happens in the very best works of fiction, Harold has a chance encounter, one that convinces him that he absolutely must deliver his message to Queenie in person.

And thus begins the unlikely pilgrimage. Harold Fry is determined to walk six hundred miles from Kingsbridge to the hospice in Berwick-upon-Tweed because, he believes, as long as he walks, Queenie Hennessey will live.

Jack Thompson, Assistant Location Manager, sent information to businesses on Fore Street before filming, saying: “We will always endeavor to keep any inconvenience to an absolute minimum. Filming like this is only made possible with the cooperation of the local community and we are very grateful Kingsbridge has embraced this project.”