The A38 is closed westbound after a collision between a lorry and a car, which left a man trapped in his vehicle.

UPDATE: Police are appealing for witnesses to the incident.

Police released a statement today, Wednesday, 6 July, saying: "Police are seeking witnesses to a serious collision on the A38 near Ivybridge yesterday, 5 July.

"Officers were called just before 1.15pm following the collision between a black VW Passat and a Volvo HGV on the westbound carriageway at Bittaford.

"The car driver, a man in his 50s from Plymouth, sustained injuries and was extracted from the vehicle by the fire service. He was taken to Derriford Hospital where he remains.

"The driver of the HGV was uninjured.

"The westbound carriageway was closed for around five hours for Roads Policing Team officers to examine the scene and for the vehicles to be recovered.

"Police are investigating the cause of the collision and appealing for any witnesses who were in the area at the time to contact them.

Police and fire crews were called to the scene at Bittaford on the A38 just before 1.15pm today, 5 July.

According to Buckfastleigh Fire Station, emergency services found the car "wedged underneath the rear of the lorry with the male driver trapped within". 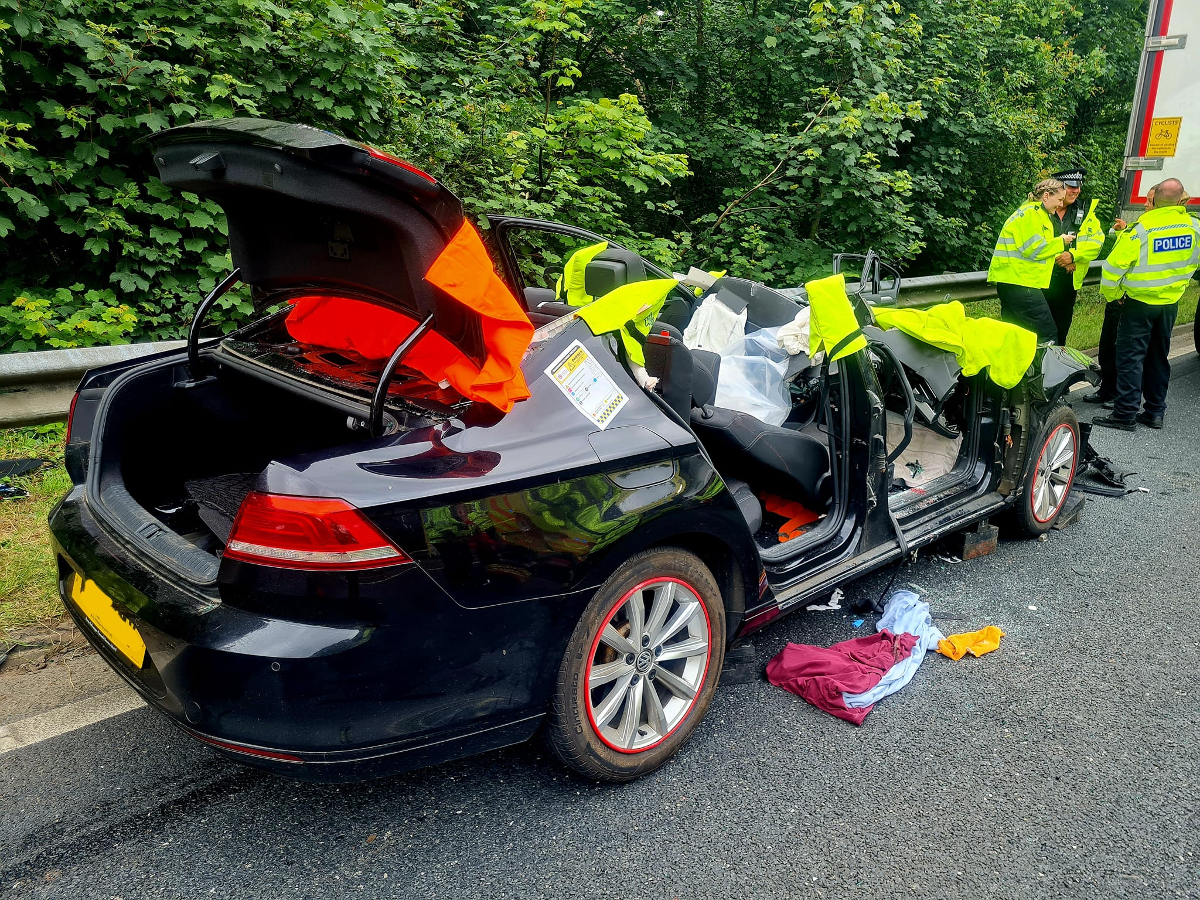 Emergency services, including the South Western Ambulance Service and Devon Air Ambulance extracted the driver from the car and he was taken to hospital. His injuries are not thought to be life threatening or life changing and he "walked with help" to the ambulance.

The road is closed westbound at the Wrangaton junction.

A spokesperson for Buckfastleigh Fire Station said: "Today, at approximately 13:15, we were mobilised along with our colleagues from Ashburton Fire Station, Ivybridge Fire Station and Middlemoor Fire Station to a road traffic collision between a car and an articulated lorry.

"On arrival we found the car to be wedged underneath the rear of the lorry with the male driver trapped within.

"Following a thorough risk assessment we decided to free all items from the lorry attached to the car and gently move the lorry forward and free from the vehicle.

"Throughout the incident the driver was constantly monitored and cared for by members of the Air ambulance and paramedics on scene.

"Once we had the space we could then remove the roof and doors from the car freeing the driver who had received a number of injuries during the collision but we were relieved to see him able to walk with help from his car to an awaiting ambulance and we wish him a full and quick recovery."

Devon and Cornwall Police released a statement, saying: "Police were called just before 1.15pm today, 5 July, following a collision between a lorry and a car on the A38 westbound at Bittaford.

"The male driver of car was trapped and extracted by the fire service. Injuries as yet unknown.

"He was taken to hospital - injuries not described as life-threatening or changing.

"The A38 westbound is closed at Wrangaton junction.

"Diversions are in place."