Memorial event held in memory of Councillor David May

A memorial event has been held in Woodlands Park to remember South Hams District Councillor David May, a long-serving and much respected Ivybridge councillor, who died in December last year.

To commemorate his 17 years of public service with SHDC, the council have placed a memorial bench and planted a Cherry tree in his honour. The memorials have been placed to overlook the wildlife pond in Woodlands Park, Ivybridge.

Attending the memorial event were his wife Shelagh May, his daughter and brother and members of the SHDC top brass, including Leader of the Council Cllr Judy Pearce. 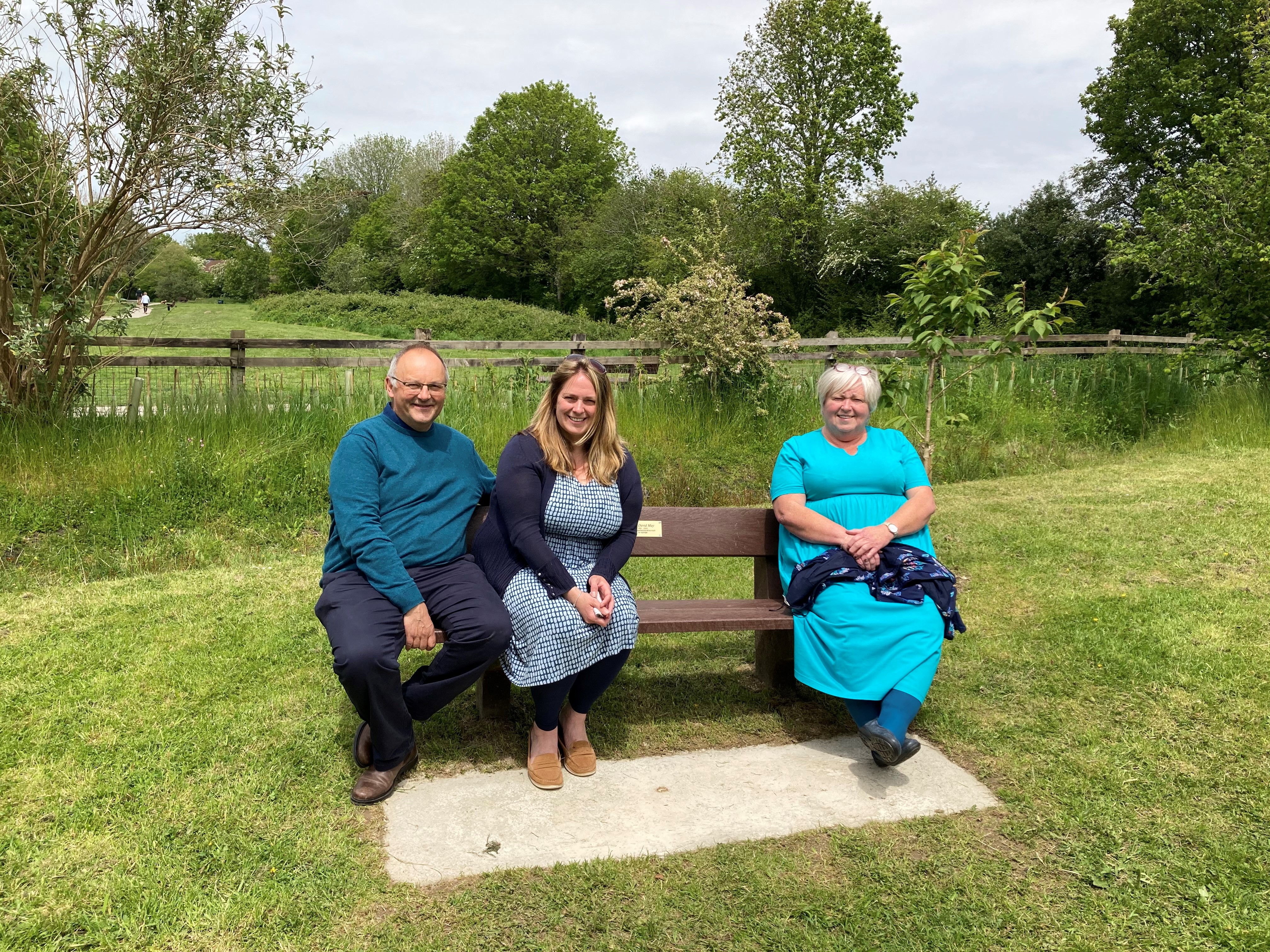 A spokesperson for South Hams District Council said: "David was a very well-known and popular representative of Ivybridge. He was first elected to the council in 2003 and during his time in office, David served on all major committees of the council, including becoming the chairman of the Development Management Committee and the Licensing Committee.

"Since May 2019, David served on the Executive where he was responsible for the Communities and Enterprise portfolio. It was an area of much interest to him, striving to help improve people’s lives and livelihoods in the South Hams.

"David was a larger than life character, a local businessman who also had many outside interests including Havencare, of which he was a Director, and the Ivybridge Rotary of which he was a past President. He is very much missed and fondly remembered by his friends and colleagues at the council."

Cllr Lance Austen, Ward Councillor for Ivybridge West, said: “I’m very proud to have shared the same Ivybridge Ward as David, he made a real difference to this community and I’m determined to continue his legacy. He was an incredibly popular person who did wonderful things for the town and he is very much missed by many people.

“The memorial bench and Cherry tree offer a place of remembrance for family, friends and the community to sit and appreciate his contribution to the town as a whole.”

Andy Bates, Chief Executive of South Hams District Council, said: “Cllr May’s record of service speaks for itself. His years of dedication to the South Hams made him a very well-respected and well-liked member of the council. We’re privileged to provide this memorial in his memory.”