Lucky escape for a dog who fell off a cliff

A dog has been reunited with its family after local rescue teams saved its life following a fall off a cliff.

Prawle Point Coastguard Rescue, Salcombe RNLI and Bigbury Coastguard Rescue all attended the reports of a dog having fallen off the cliff near the Soar Mill Cove Hotel this morning, 27 May.

At first no one could see the dog, and no one had actually seen it fall, so Prawle Point Coastguard Rescue called Salcombe RNLI to request their help in searching from the sea what couldn't be seen from the cliff top and to also provide safety cover for the PPCR rope technicians. 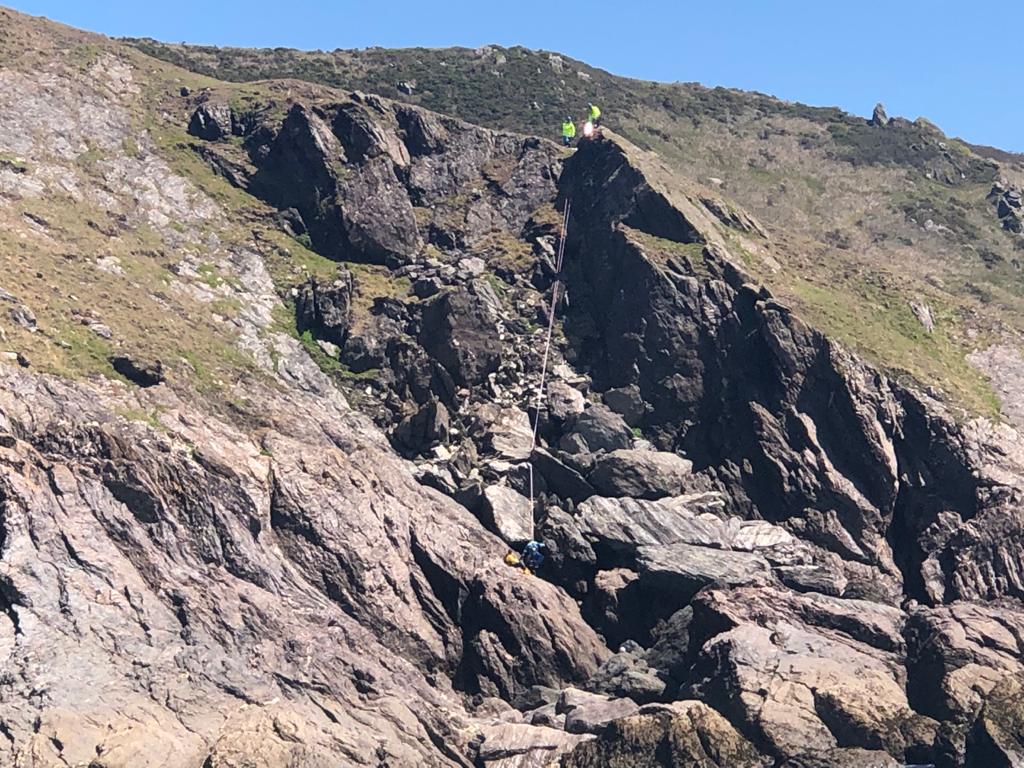 The rescue underway, the view from the sea - credit Salcombe RNLI

A spokesperson for PPCR said: "Salcombe [All Weather LifeBoat] ALB deployed their Y boat [small inflatable on board the ALB] to search areas close inshore that could not be viewed from the cliff top. The Y boat crew successfully located the dog alive. It was decided that the safest method of recovery was to deploy a rope rescue technician and bring the dog to the top of the cliff."

A spokesperson for the RNLI continued: "Once on scene, the onboard y-boat was deployed to transfer a member of the crew ashore, he then made his way up the rocks to the casualty dog sitting with him until the Coastguard Rescue Team reached them.

"Once on back on solid ground the dog was checked over and reunited with an incredibly grateful family."

The dog was described as "sore" but very lucky to be back with "one very happy family".

The Coastguard added the advice: "PLEASE, PLEASE, PLEASE, keep your dog on a lead when walking the coast path. If your pet does unfortunately fall over the cliff, DO NOT attempt to rescue it yourself. Dial 999 and ask for the Coastguard."

Main image: The rope technician descending for the rescue with Salcombe RNLI in the background - credit Prawle Point Coastguard Rescue