Sheep worrying on the rise in the South Hams

SouthHams.com was contacted today by Rich Rossiter of Burton Farm, near Galmpton regarding the sheep worrying that has been taking place alarmingly frequently recently.

On Thursday 13th January two people were running on Bolberry Down with their dogs. They were in the countryside, around livestock and yet made the decision to not have them under control on a lead. One of the dogs chased Rich’s sheep into a cattle grid causing lots of anxiety.  Rich did say that, “no bones were broken - which was a miracle in itself”. 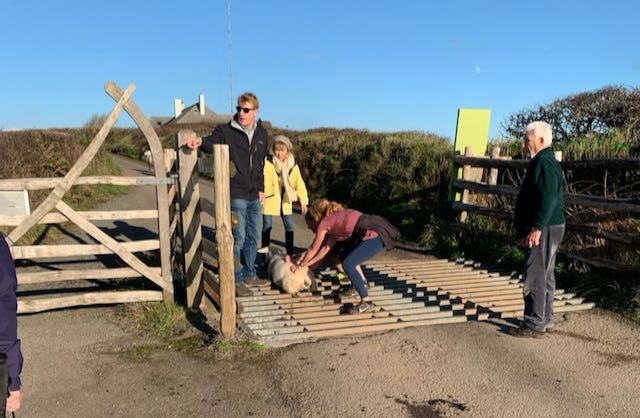 The runners had gone by the time Rich arrived at Bolberry and witnesses had taken the photographs shown here. He had to check on the herd who were clearly in shock and weren’t moving at all. 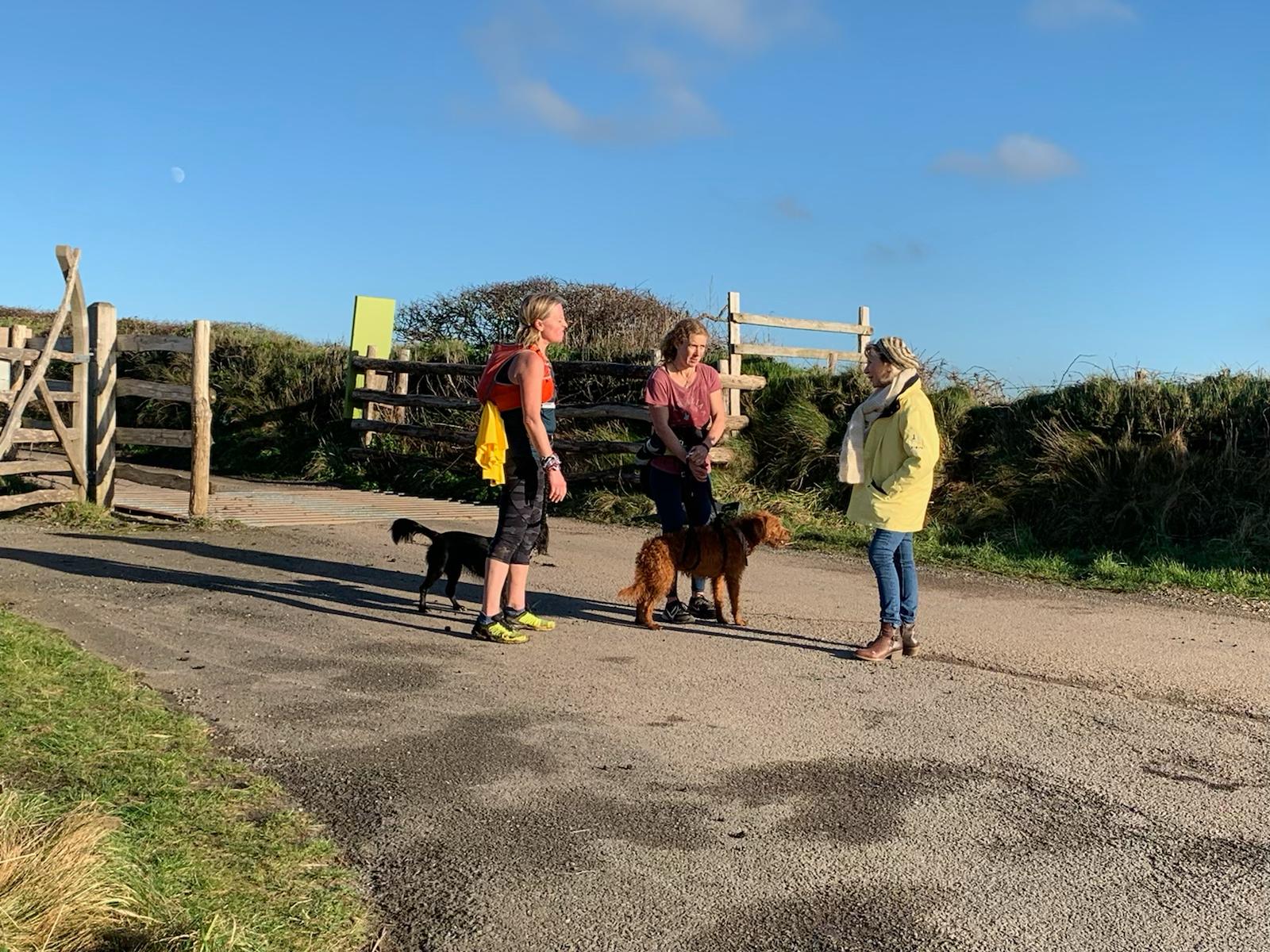 Rich explained, “These instances are getting more and more frequent - in fact it’s happened another three times since this occasion!”.

He requested that the public, “Keep your dogs on leads. You might think that they’re as good as gold but all dogs have got it in them to chase. It’s in their very nature”. 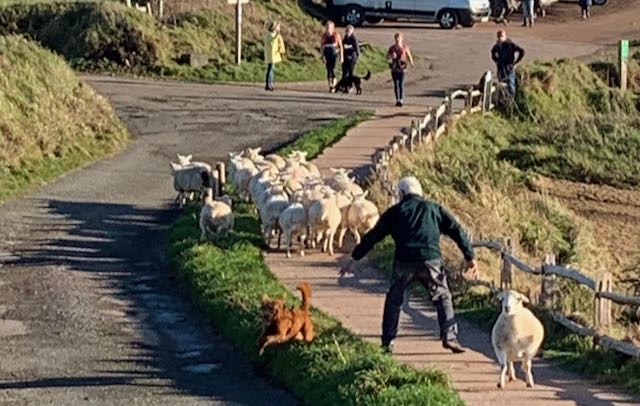 Rich Rossiter loses 5 or 6 sheep every year to dogs who have chased them off cliffs. This is something he now allows for and really shouldn’t have to. “It’s not just the loss of the sheep either. It’s the danger to the farmer when they have to try to retrieve a sheep from half way down a cliff”. 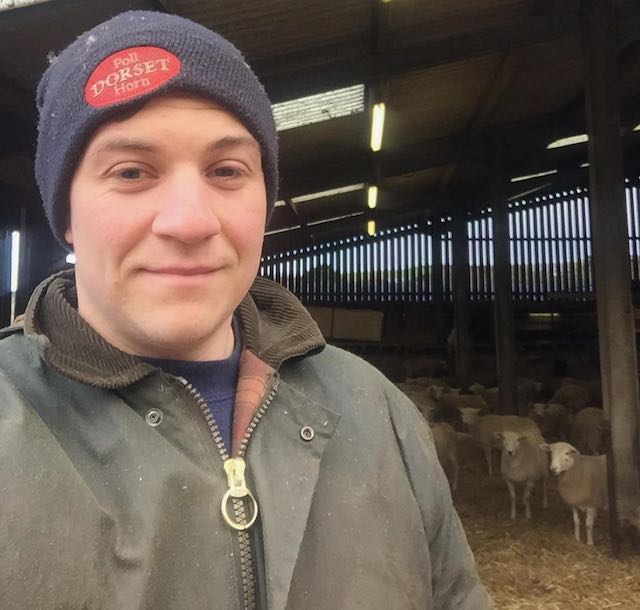 If the words of a distressed local farmer are not enough to persuade you to keep your dogs under control and on a lead then maybe this from the National Sheep Association will help:

"Sheep are valuable assets and any harm to them harms a farmer’s livelihood.

It is every dog’s instinct to chase, even if they are usually obedient and good with other animals.

Chasing by dogs can do serious damage to sheep, even if the dog doesn’t catch them. The stress of worrying by dogs can cause sheep to die and pregnant ewes to miscarry their lambs.

Sheep fleeing from dogs are often killed or seriously injured by their panicked attempts to escape, causing untold damage to fences and field boundaries in the process.

Dogs chasing ewes and lambs can cause mis-mothering issues, with lambs dying from starvation or hypothermia when they become separated from their mother and fail to find her again.

Dog bites can cause death in sheep or necessitate them being put down at a later date, or in less

evere cases considerable veterinary bills and additional welfare issues as a result of flies being attracted to the blood and leading to a nasty health problem in sheep called ‘fly strike’. Injuries to sheep can also delay the normal farming routine, be it the mating season or administration of vital medicines and vaccines.

It is an offence to allow a dog to worry sheep. Worrying includes attacking or chasing sheep and, in some circumstances, farmers are legally entitled to shoot dogs if they are endangering their sheep.

It is vital that you keep your dog on the lead around livestock, even if you can usually trust it to come to call. If you live in or near a farming area, you must make sure that your dog cannot escape from your property, as it may find its way onto land containing sheep.”