Salcombe Live transformed the town last weekend, seeing it come alive with the sound of music and laughter.

The second Salcombe Live festival, held between the 1st and 3rd of October, saw many people enjoy their first taste of entertainment in more than 18 months.

From folk, jazz and country to soul, acoustic, comedy and much more, almost 50 live performances were hosted across 13 venues in the town including The Distillery Bar, The Kings Arms, The Fortescue Inn, The Victoria Inn, The Ferry Inn, Salcombe Yacht Club and the Holy Trinity Church. 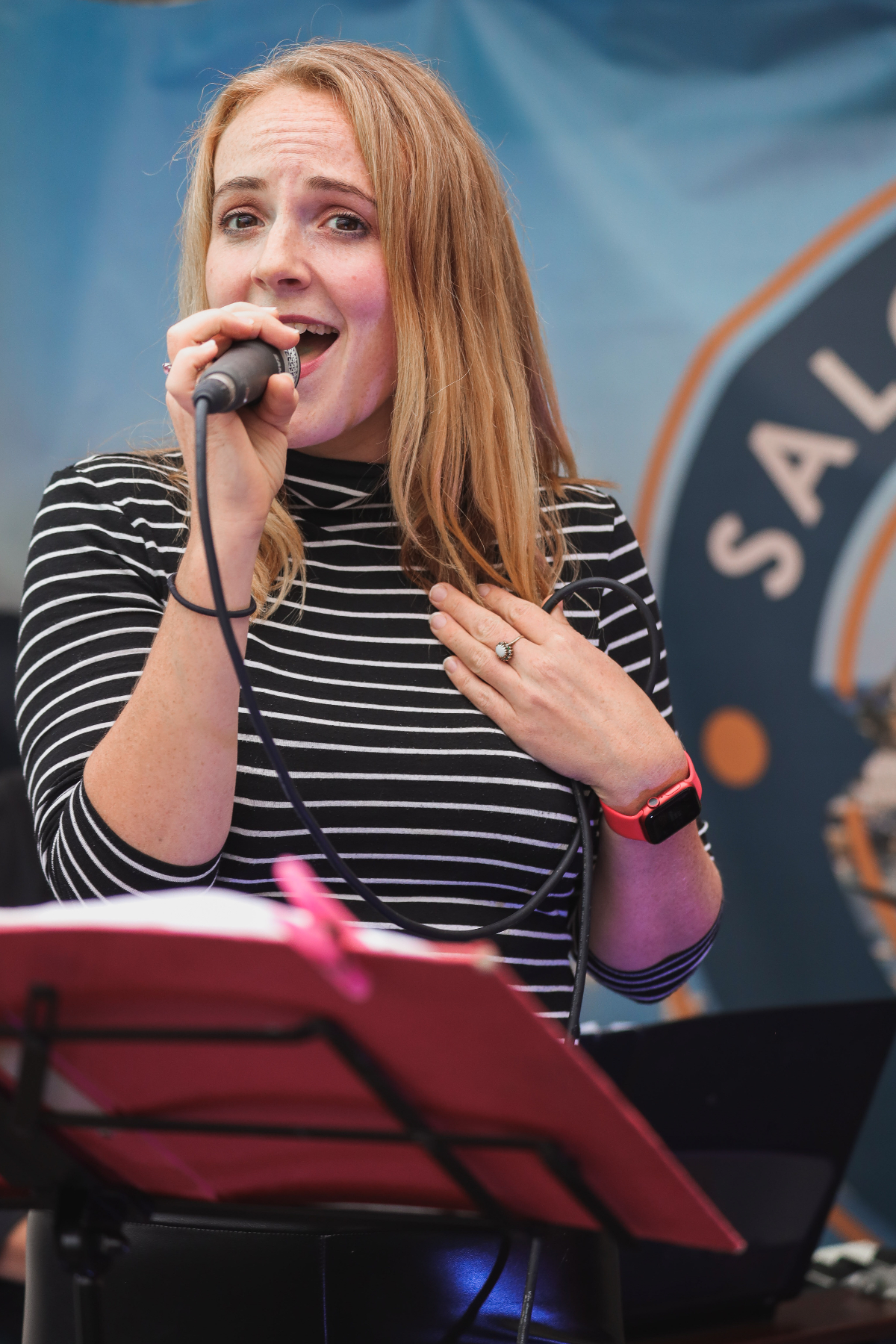 With specially erected small stages and marquees or stretch tents covering several of the venues’ outside spaces, festival goers enjoyed listening to the free live music whilst eating and drinking, all providing more business for the town’s hospitality businesses after a very challenging year.

The festival was organised by the newly-created Salcombe Live Festival Community Interest Company (CIC) who plan to reinvest any profits made from the event into future events, aimed at “attracting locals and visitors to Salcombe outside of the busy holiday season, and to enhance Salcombe’s reputation as a wonderful place to live, work or visit”. 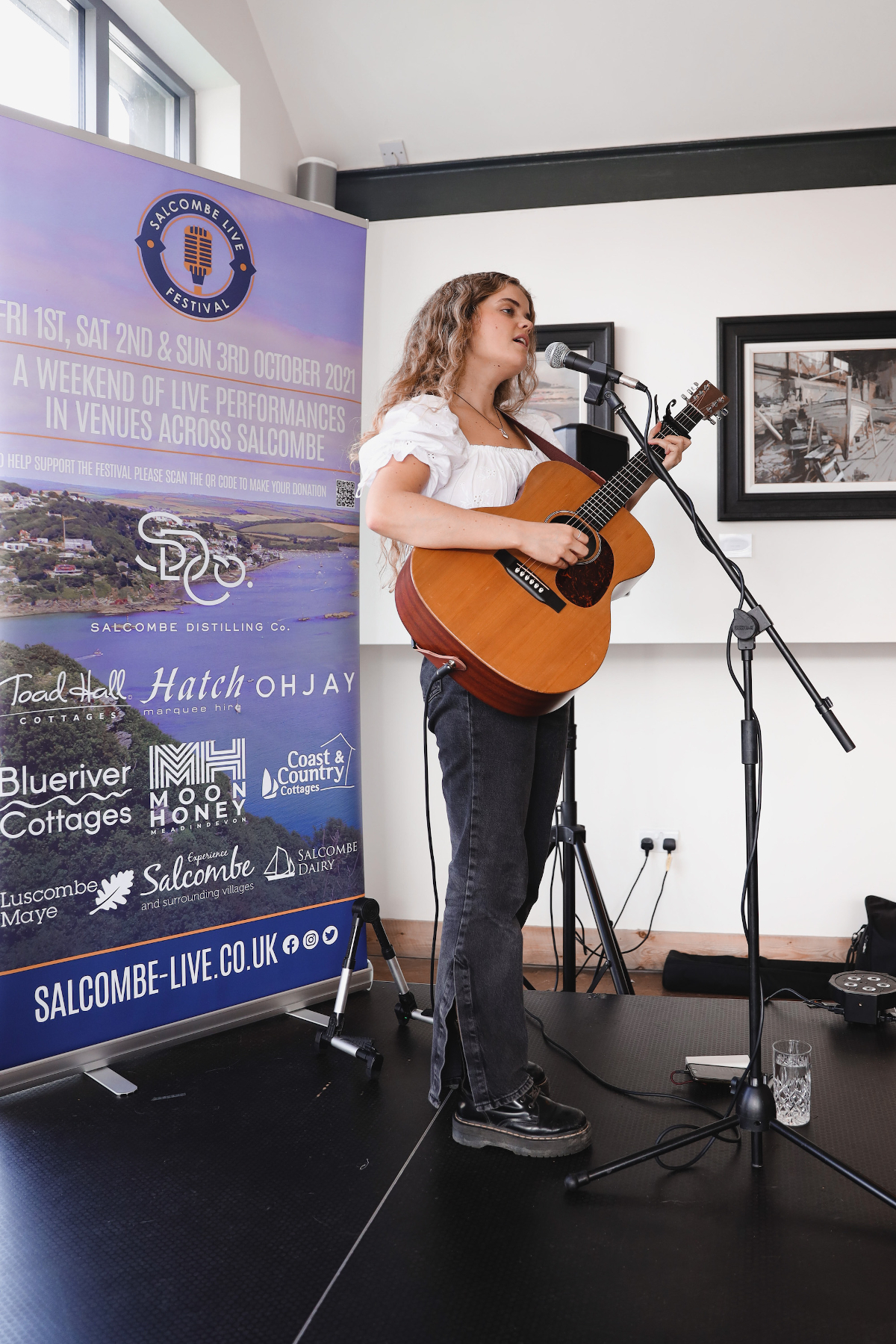 From the G7 to G&T! Newquay-based Daisy Clark played to a packed-house at The Salcombe Gin Distillery Bar - credit Annie Davis Photography

Organisers have been delighted to hear and read some “fantastic feedback” from the town’s residents, businesses and visitors to the town, including one festival-goer who said: “What a fantastic weekend of live music events! We have had great fun trekking back and forth from South Sands to Salcombe and dropping in on different venues and artists.

“Well done to the organisers for providing such a wonderful event during such challenging times.”

South Hams’ resident Richard Lungmass added: “Definitely what we needed to get us out and enjoying life again!’’

Mike Roberts of Café Sailor V was delighted with the events hosted at his café bar in Fore Street, saying: "It couldn’t have gone any better’’ whilst owner of The Ferry Inn, Mike Johns, said he is already looking forward to the next festival in 2022! 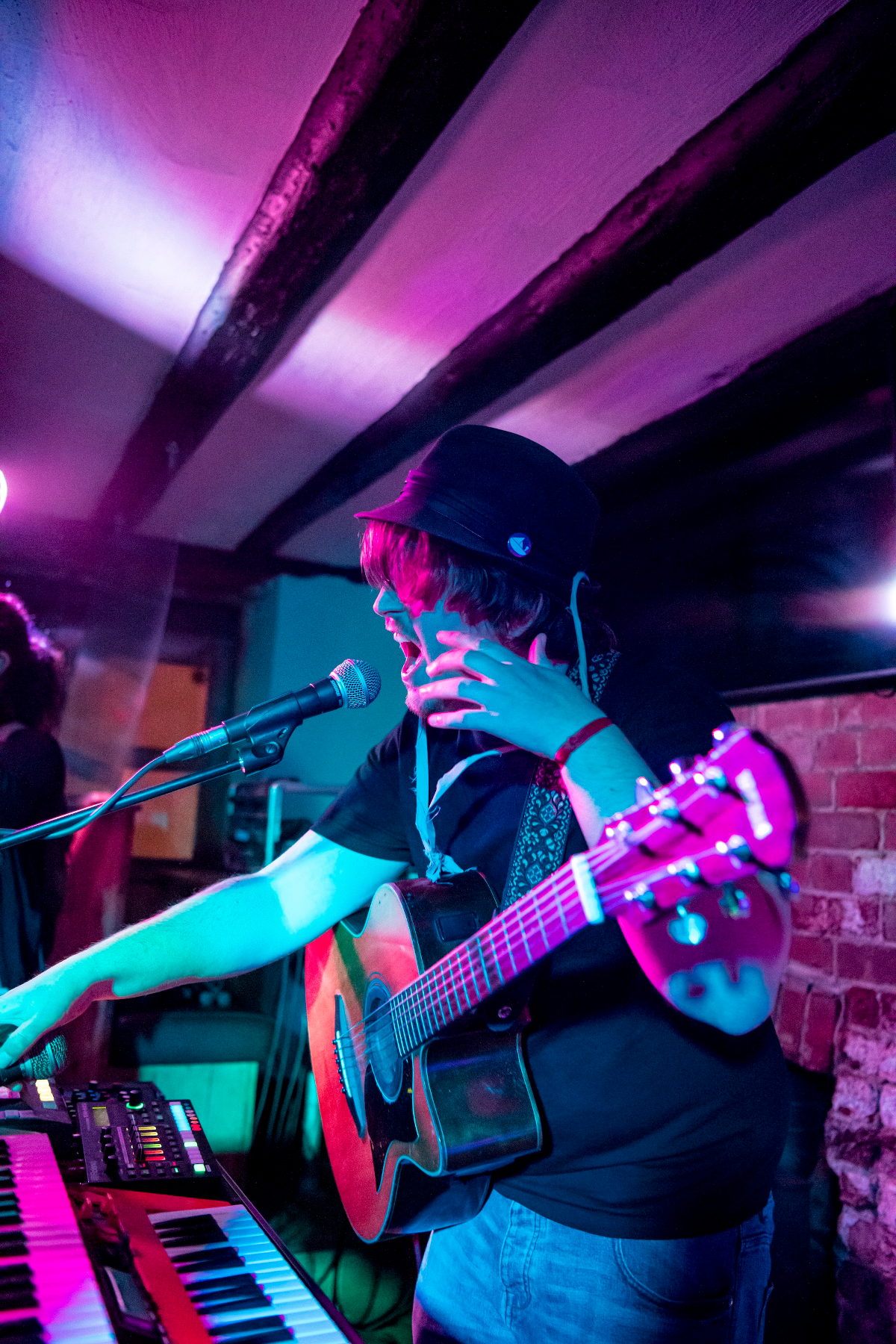 After the disappointment of having to cancel the 2020 festival due to the Covid restrictions at the time on such events, the team of five volunteers, led by Andy Jones, worked incredibly hard to make Salcombe Live Festival a reality during a period of great uncertainty for live events and hospitality venues.

No entries were found

Andy said: “In 2021 it felt even more important to us to do as much as we could to help Salcombe, its residents and visitors, and each of the sponsors and venues who supported Salcombe Live, come together for a weekend of live performances.

“Indeed one of the artists mentioned during her show how much she had been struck by the great sense of community she felt during her time performing in Salcombe this weekend, something we couldn’t agree with more.

“We’d particularly like to thank all those who supported the event, including main sponsor Salcombe Distilling Co., plus Salcombe Tourist Information Centre, Toad Hall Cottages, Luscombe Maye, Ohjay, Moonhoney, Coast & Country Cottages, Blue River Cottages, Salcombe Dairy, and Hatch Marquees, who supplied a marquee extension at The Kings Arms. Their support ensured that entry to the venues was free of charge.

“While it is difficult to pick out highlights from such an amazing and diverse weekend of live music and comedy, the event-finale show featuring award-winning folk duo Kathryn Roberts and Sean Lakeman will live long in the memory for many in the sell-out audience.

“More than half had also attended the headline show in 2019, and for many that was their last live music event, until now.” 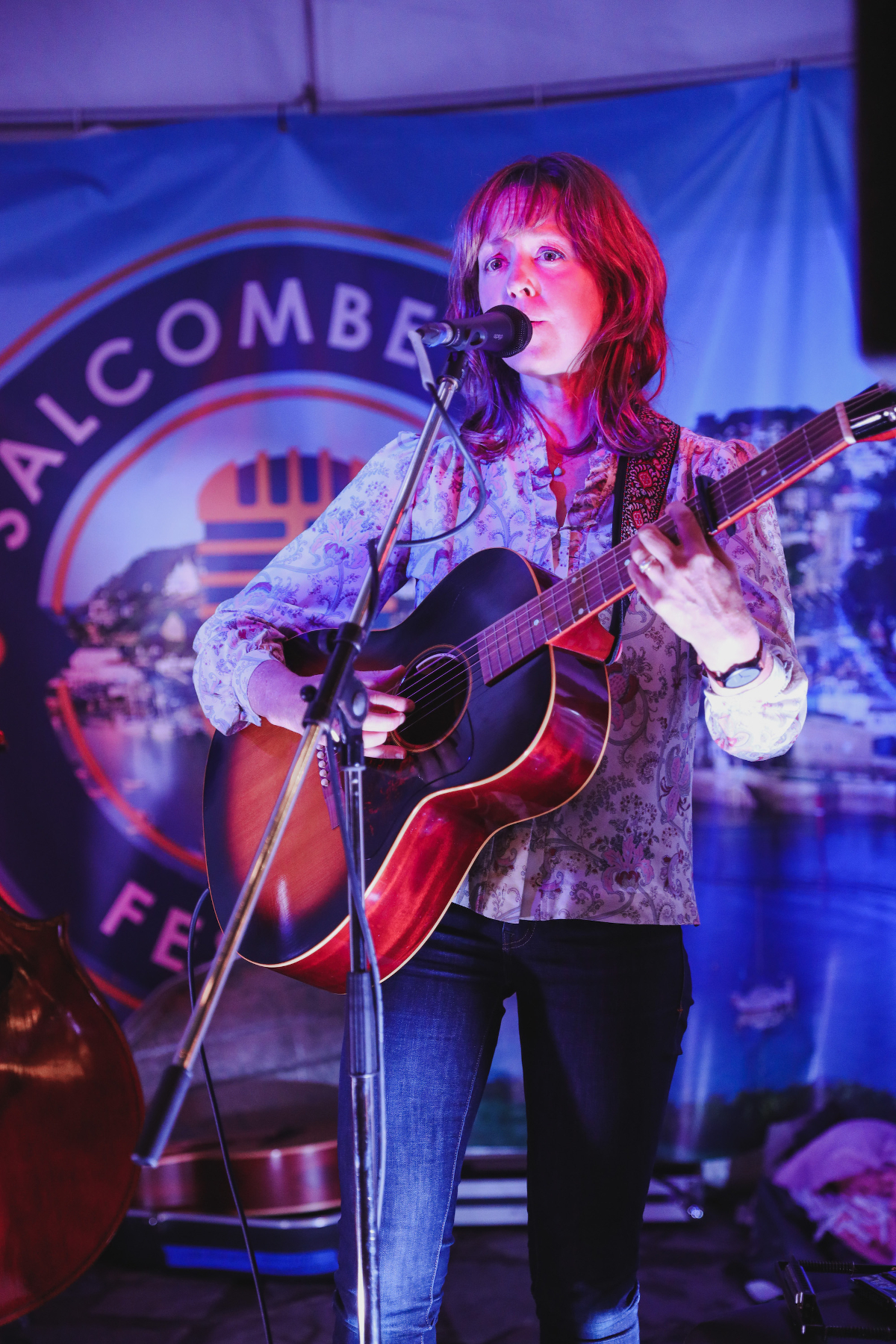 Andy went on: “Nick Parker (supported by Ben Wain on fiddle and John Hare on keys/cornet) had The Kings Arms crowd singing along and laughing – very often at the same time - throughout his set. In addition, there were great reactions to Funke & The Two Tone Baby, Semantics, Jack Tyson-Charles and the brilliantly entertaining Busketeers, to mention just a few.”

As well as the live music on offer around the town, a fantastic evening of comedy was hosted by Salcombe Distillery Co., and thoroughly enjoyed by a full capacity audience at The Distillery Bar. 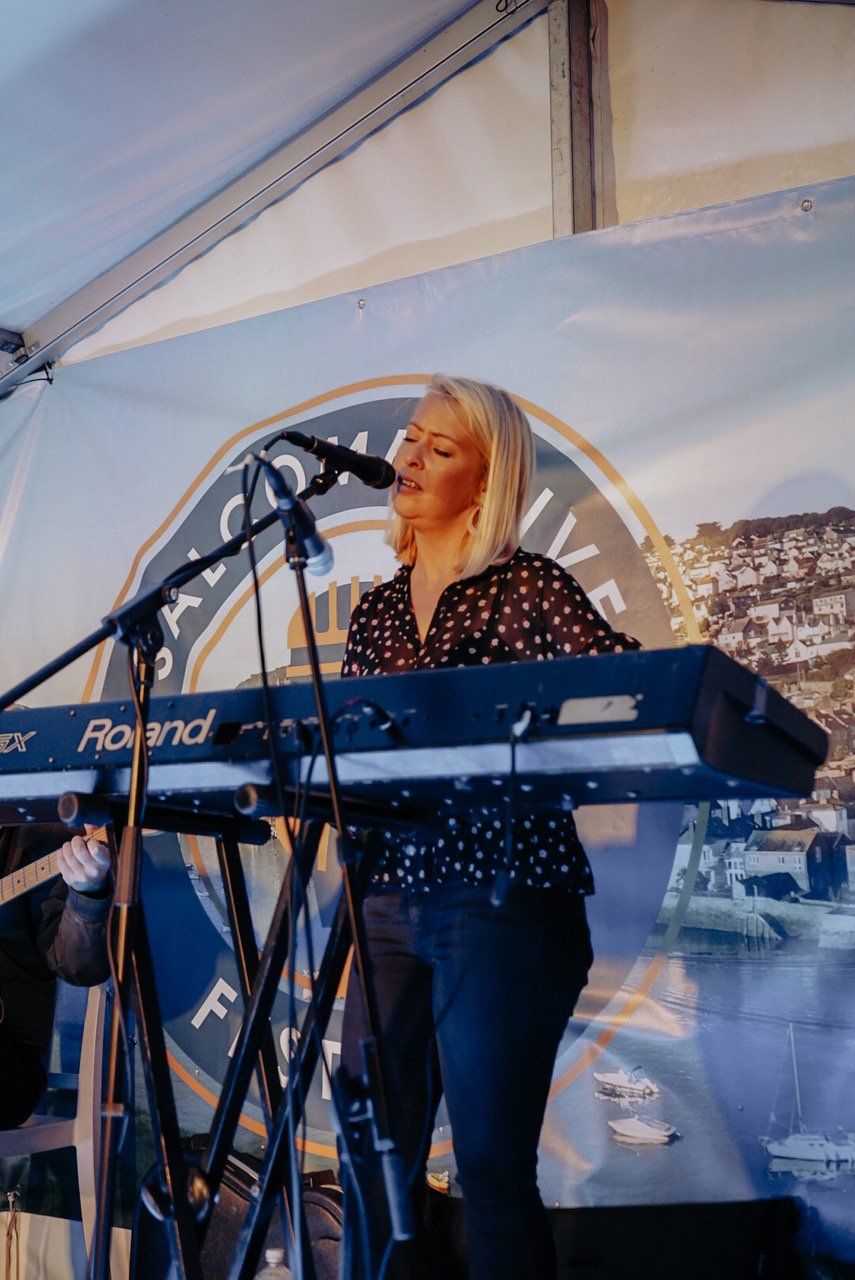 Following the success of this year’s festival the organisers are already being asked for dates for the next one (early indications are for the Friday 7, Saturday 8 and Sunday 9 October, 2022) and hope very much to generate enough local support to put on an even bigger and better festival.

Andy continued: “We want to keep events free to attend, whilst continuing to showcase as many great acts as possible but to do that we will need your help! If you attended Salcombe Live, enjoyed it and would like to see it return in 2022, we would be very grateful for your support – donations, however small can be made via CollectionPot or by signing up to the ‘Friends of the Festival’ scheme on www.salcombe-live.co.uk.”