Devon and Somerset Fire and Rescue Service were called before 5am to the blaze on the town square in Kingsbridge in the early hours of this morning, Sunday, 22 January. 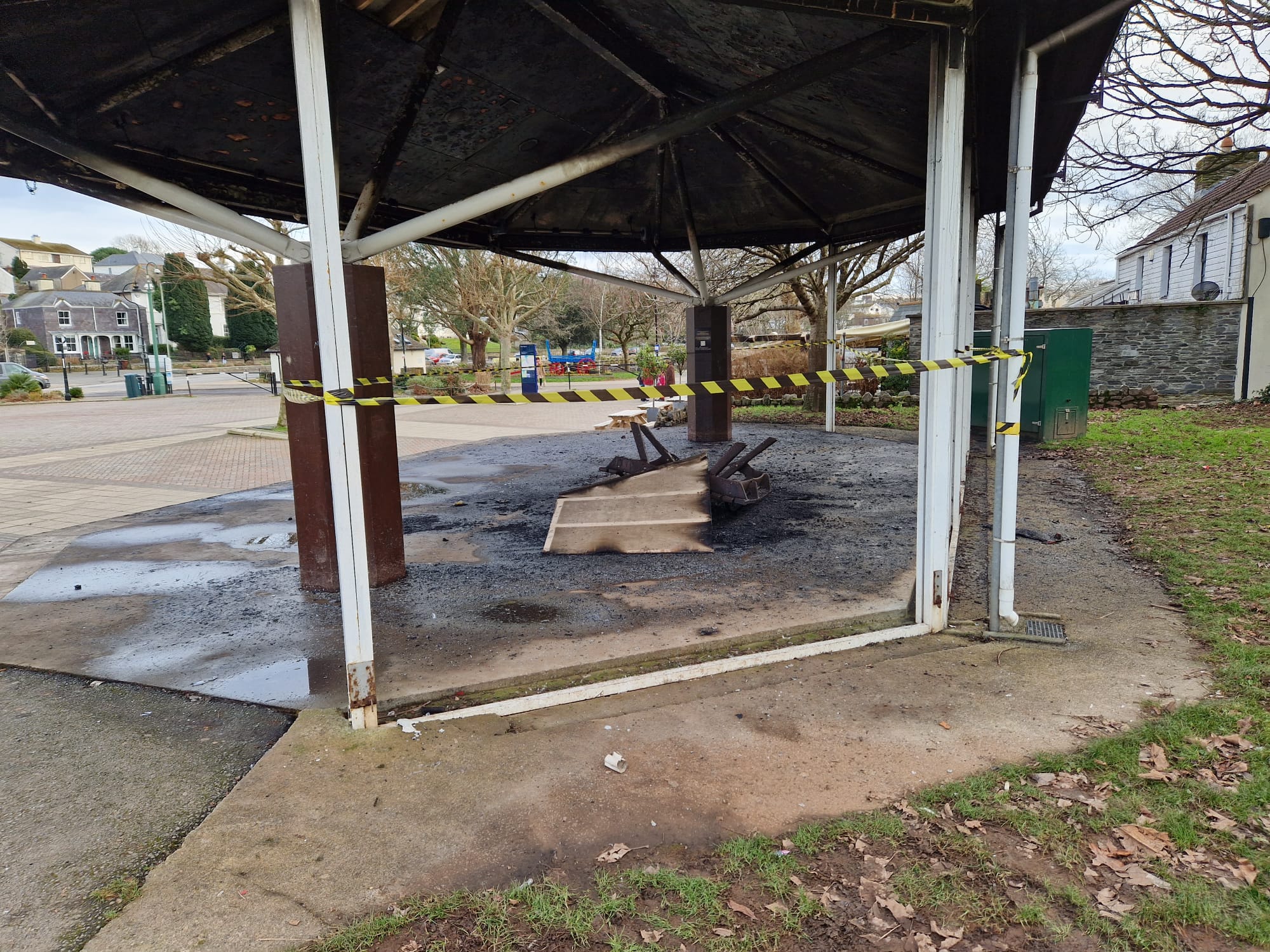 Terry Harvey of the Creek's End Inn, Kingsbridge, which is right next to the bandstand, was woken up by the noise of "boys laughing and joking" in the early hours of the morning.

He said: "I heard them laughing and joking and asked Alexa what time it was and she said 4.50am or something. Then I heard a crackling noise and I thought they were rolling some of my barrels around so I looked out of the window and saw the bandstand ablaze.

"The fire brigade were already there and had it under control when I looked out of the window." 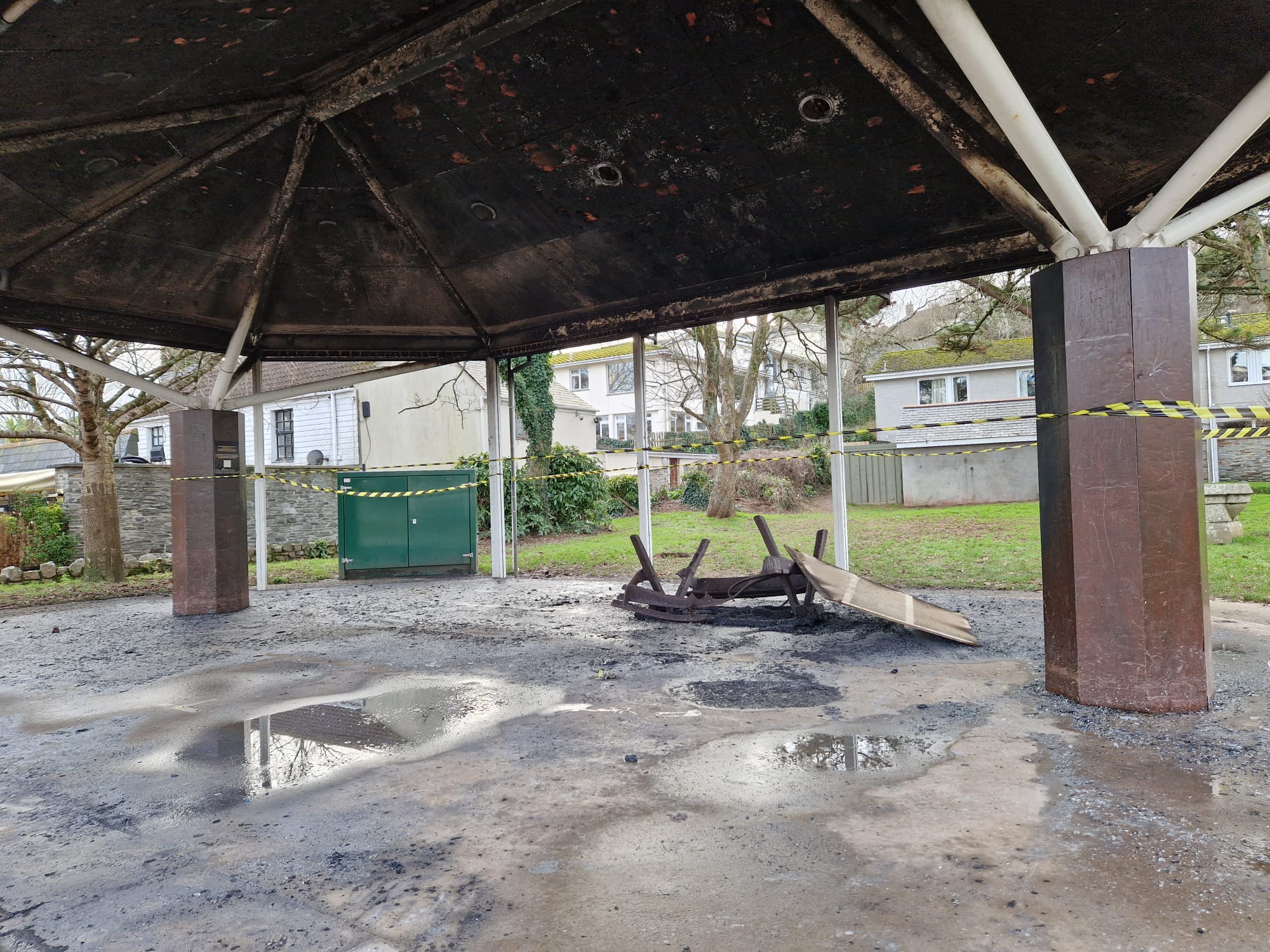 Terry said the noise had also woken some of the residents of Quay Court next door to him and the town square is overlooked by many flats and residences so he is not sure who called 999, but the fire was brought under control very quickly.

Today, there is still a strong smell of burning and debris and glass litter the area.

Gerald Taylor, the Assistant Chief Fire Officer for Devon and Somerset Fire and Rescue Service who lives in the town, said: "The bandstand in Kingsbridge is at the heart of our community, and to see the damage caused by this morning’s arson attack is heartbreaking.

"Arson is a criminal act, and those involved in arson often go on to commit further crimes. It is my sincere wish that our friends in the police will be able to use all the CCTV that surrounds the centre of the town and bring these criminals to task.

"My colleagues in the Kingsbridge firefighting team dealt with the fire quickly and professionally, but unfortunately the fire was already well developed before we received the 999 call." 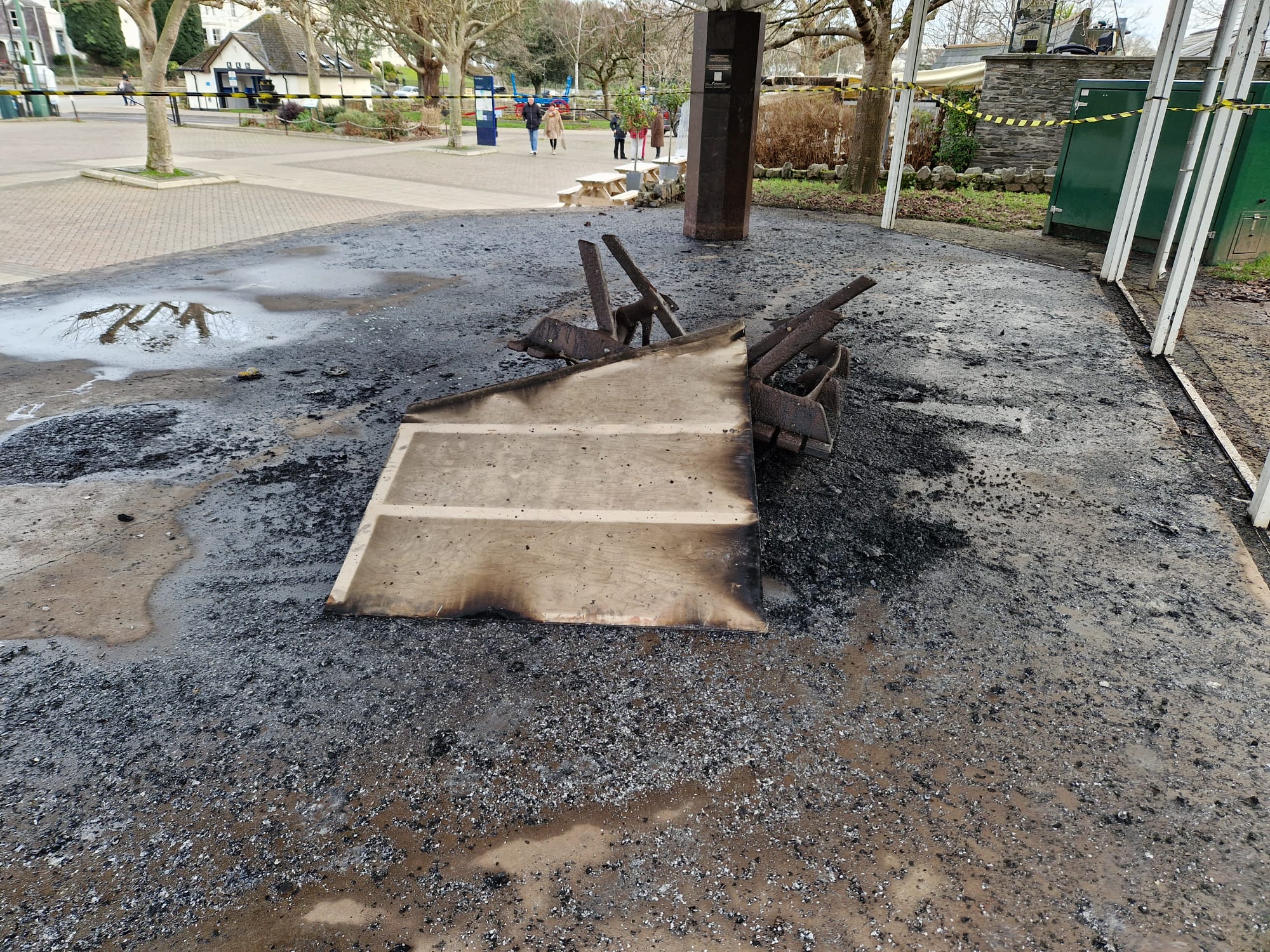 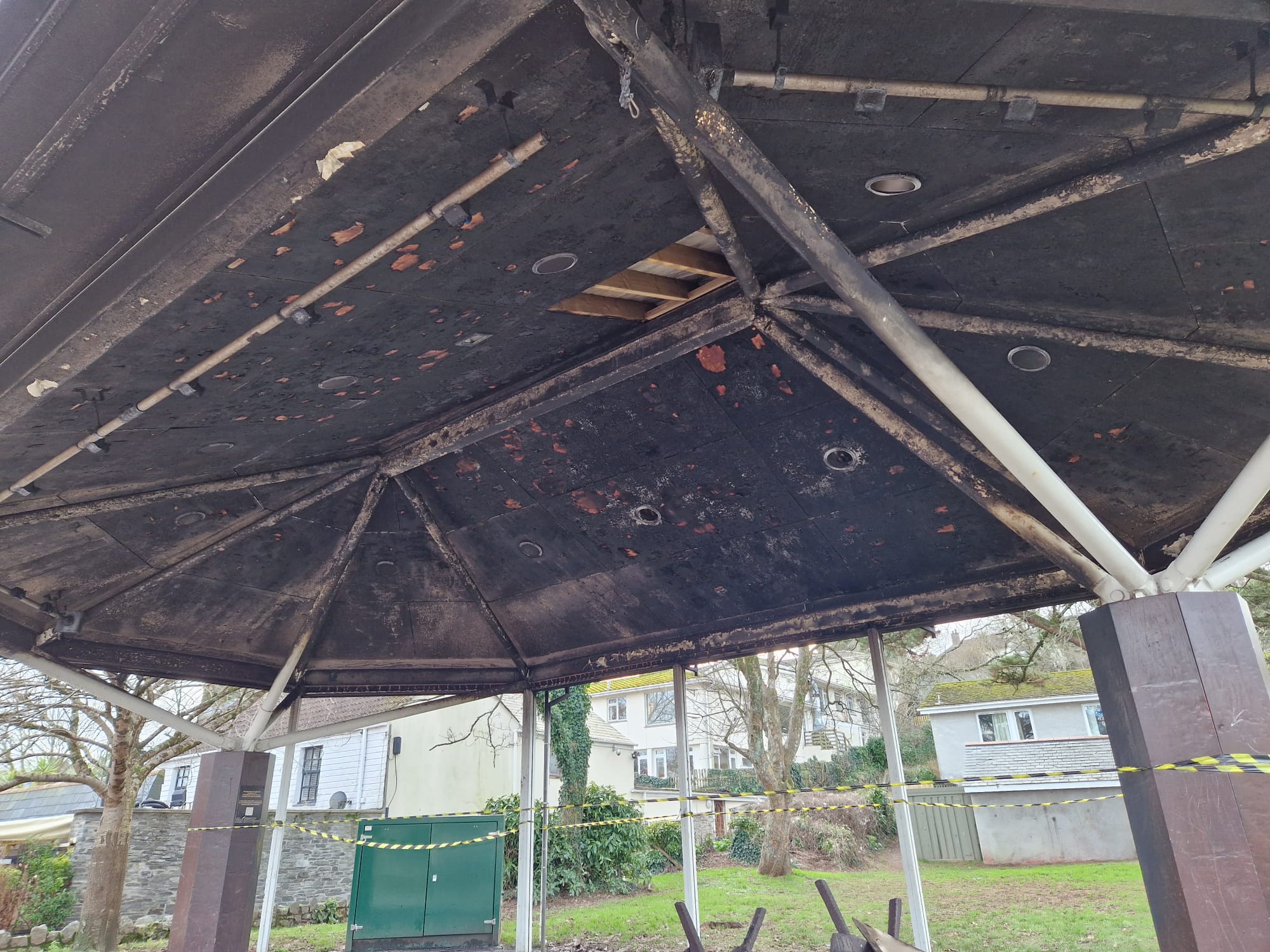 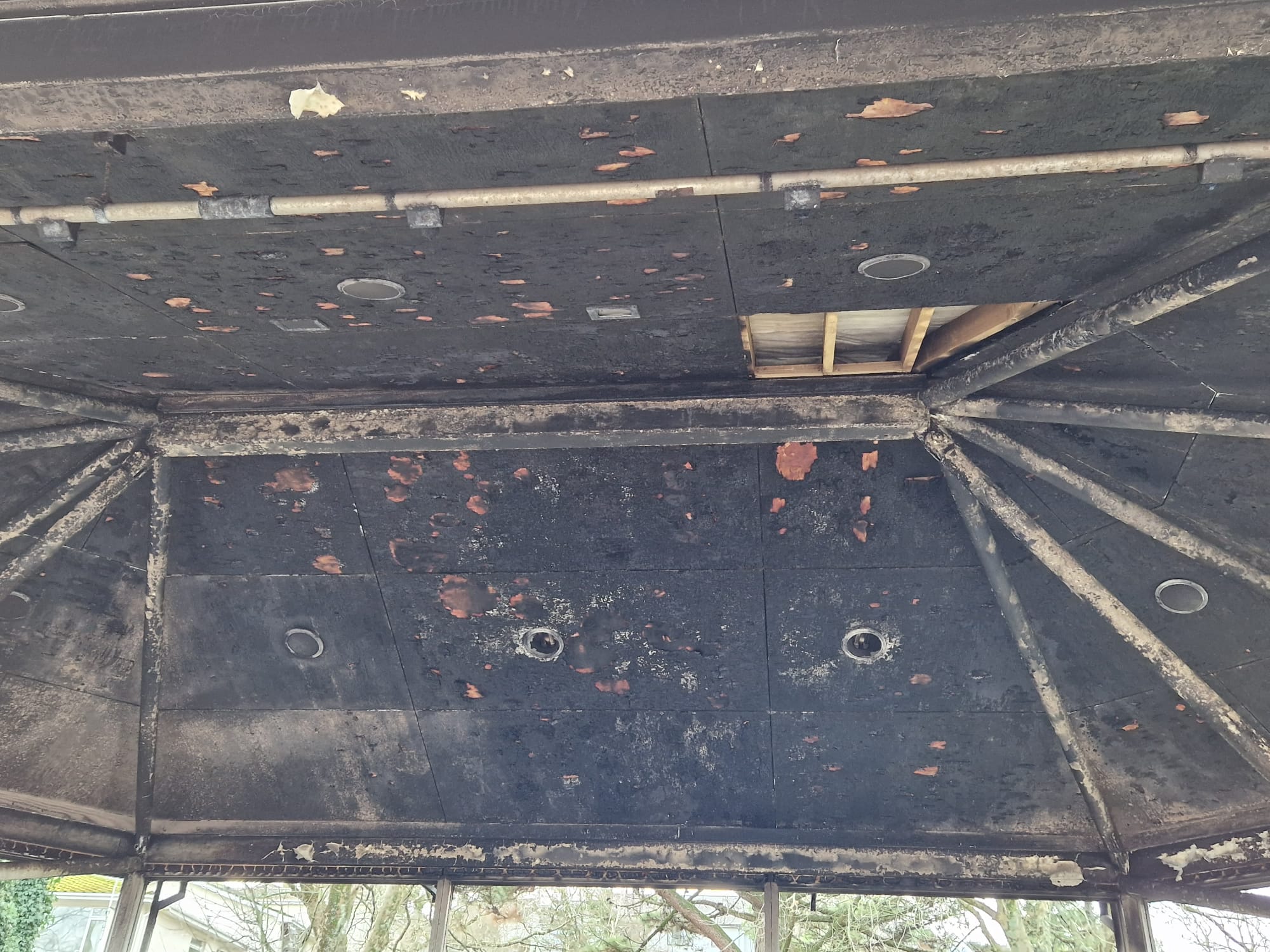 The incident is now being treated as arson.

1 comment
This is nothing short of arson...
January 22, 2023
A substantial reward is needed to bring these mindless vandals to account. They need taking off the streets, this serious crime could carry a prison term...
RW
Rob Wheeler
Report this comment Comments (0) | Was this comment helpful? 3 0