A developer has pleaded guilty to contravening a stop notice out in place by the council regarding Lock’s Hill.

At a court hearing on 14 October, Blakesley Estates and John Freeland both pleaded guilty to contravening the stop order put in place by South Hams District Council.

However, those hoping that this would put a stop to any work taking place on the site were sadly mistaken, as nothing appears to have changed.

Dan Stathers, who started the online group Save Lock’s Hill in an attempt to save the area from development, said: “It’s the morning after the court hearing and work on Lock’s Hill continues. It feels like we’re peering through the looking glass into a magical realm where everything is back-to-front and stop means go. It’s farcical."
As the case is ongoing, there is a limit to what can be said until the court reconvenes in January. 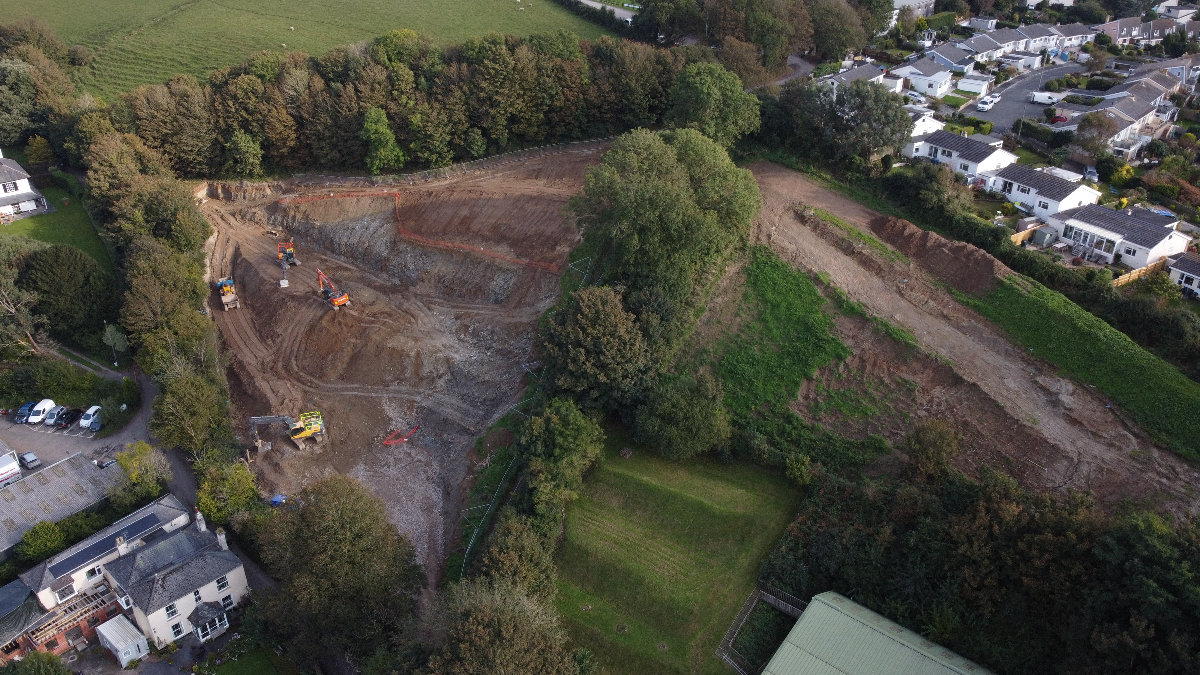 A spokesperson for South Hams District Council confirmed: “At the court hearing on 14 October, Mr Freeland and Blakelsey Kingsbridge Ltd both entered guilty pleas to the charge that they contravened the requirements of a Temporary Stop notice that had been duly displayed on land at Garden Mill, Derby Road, Kingsbridge, requiring them to cease work on site.

“An application was granted for an adjournment. The court will reconvene on 6 January 2022 to determine whether a further hearing is required before sentencing.”

We contacted Blakesley Estates and John Freeland said that due it being an “ongoing legal matter” he was “not in a position to comment at this time”.