A new social media group is starting the movement to get a new skatepark in Kingsbridge, since the current one has never been “fit for purpose”.

Adam Sherring is a member of the group New Kingsbridge Skatepark, who wants to push the project forward and get the young people of Kingsbridge and the surrounding villages a proper, usable skatepark. 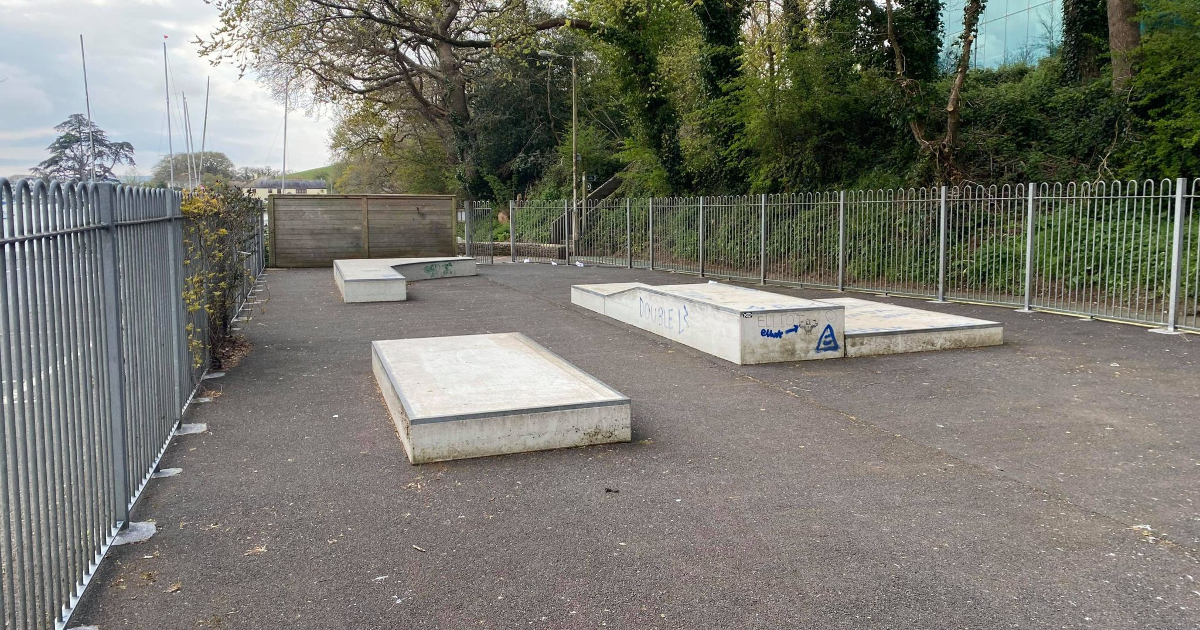 “The current skatepark is a box ticking exercise”, Adam explained, “It is tucked under the trees so there is always twigs and debris on the surface, making it almost impossible to skate on, and there is a big seam down the middle of it.

“It was put together hastily and has never been fit for purpose. Creating a better one has always been on the town’s agenda but it is going to take a lot of leg work.

“In Kingsbridge we have a great school, amazing sports teams and groups, everything else is catered for apart from skaters, rollerblading and BMXs.”

There is a passionate history of skateparks in Kingsbridge, one that left a sour taste in the mouth of many young people from more than a decade-and-a-half ago.

Matthew Betteridge was the one of the main drivers of ‘Kids With Commitment’, the group of young people who raised money for the skatepark the first time round. They raised £25,000 over nine years to build the facility. 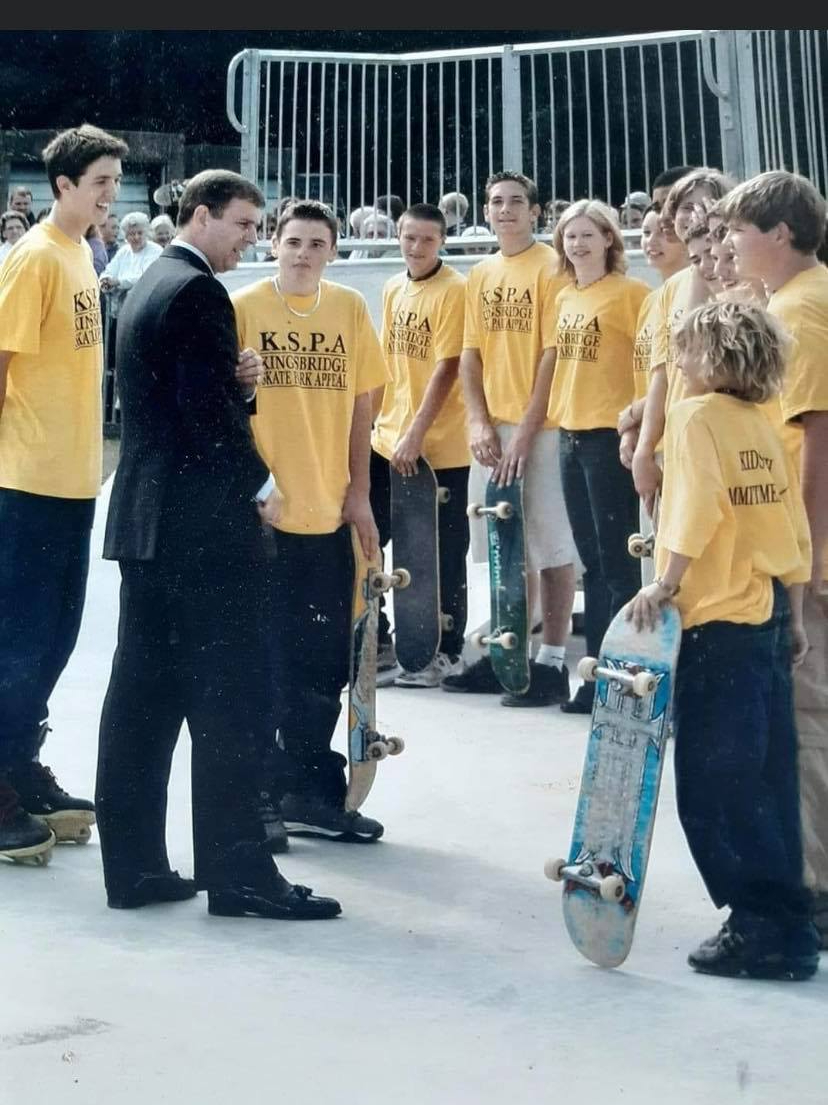 Matthew said: “I was encouraged by my Dad to get the money raised and it went from there, Sam and Jamie Harris joined along with lots of other people. I started when I was nine- or ten-years-old so we were all really young kids raising money ourselves."

Matthew continued: “It was so sad because a couple of years later it came down and the replacement was far inferior to what we had. It’s never been fit for purpose, it's not advanced enough, not big enough, it's under trees and you can’t skate over twigs etc.

“At the same time they brought in a by-law to prevent skateboarding on the bandstand, but where were they supposed to go?”

When the original skatepark was built in the Recreation Ground, local residents started complaining about the noise it created. A wall was built in an effort to prevent the noise travelling but after a noise survey was undertaken, and it failed, it was torn down and replaced with the sub-par facility that is still at the end of the Quay below the sports centre.

Matthew said the park being destroyed and replaced was “really sad”. “What was even more sad was that the kids weren’t given any kind of compensation or given a good replacement”, he said. “So many other countries, cities and areas invest in their young people, but not in the South Hams.

“Then many people wonder why so many youngsters in the town opt to move away.

“It would be fantastic if the South Hams council started investing more in its youth of today, encouraging them to socialise in a safe and appropriate part of town. In an age of computers, social media, apps and gaming, surely we need to do more to keep this age group active and healthy." 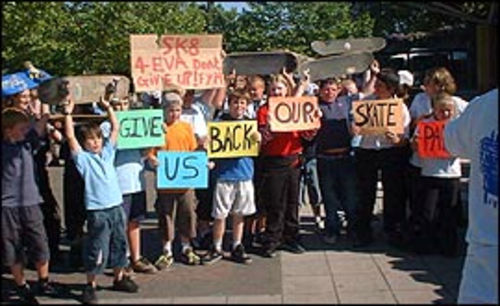 Adam and his group are now hoping to right that historic wrong for the young people of the area, but he thinks they will need to raise £200,000 to get the job done “properly”.

“Ashburton has just built a smaller one for £100,000”, Adam explained, “and it's a brilliant park, but we need to go bigger to attract more people."

"Young people here have been let down twice, let down for 15 or 16 years and this is what they’ve been left with.

“The first one worked but when it was ripped down, the skaters moved back to the streets and the town centre, so they got cast as rule-breakers and that is not a good label.

“People have told me there is no desire for a park, but the people who want it are just not vocal about it because they don’t think they’ll get it. There is a real passion for the sport, kids from Kingsbridge and the South Hams regularly travel a long way to use facilities like Prime in Plymouth and Flowerpot Skatepark in Exeter.”

Adam said that lockdown has increased the uptake in the sport, be it skateboarding, skating or BMXing.

“It’s an easy sport to start, you don’t need a lot of kit, and when everywhere is shut it’s a great way to get outside. After the pandemic I think there will be a real focus for healthy outdoor exercise so now is the time. The demand is there.

“It is such a great sport too, you can burn about 600 calories an hour and is good for your balance, coordination, pain tolerance and mental health.

“Mental health, which will also be even more important post-pandemic, can be really boosted by skating. It’s great for self expression, and you join a whole culture. If you’re not into team sports or don’t fit into ‘team culture’, skating is a solo sport but you get a community.

“If we create a great park, they’ll look after it. We have good kids here in Kingsbridge and they will have a real sense of responsibility for it.”

Adam and his team are currently in the very early stages and are talking to Kingsbridge Town Council and looking for potential sites.