The Dartmouth Coastguard Rescue team were called to Landcombe Cove, just beyond Blackpool Sands, to reports that a boat had capsized and a person with an injured leg was on the beach.

When the team arrived, they said it was "clear that this was going to be a difficult rescue" due to the "extremely steep fields and distances involved leading from the beach back up to the road above". 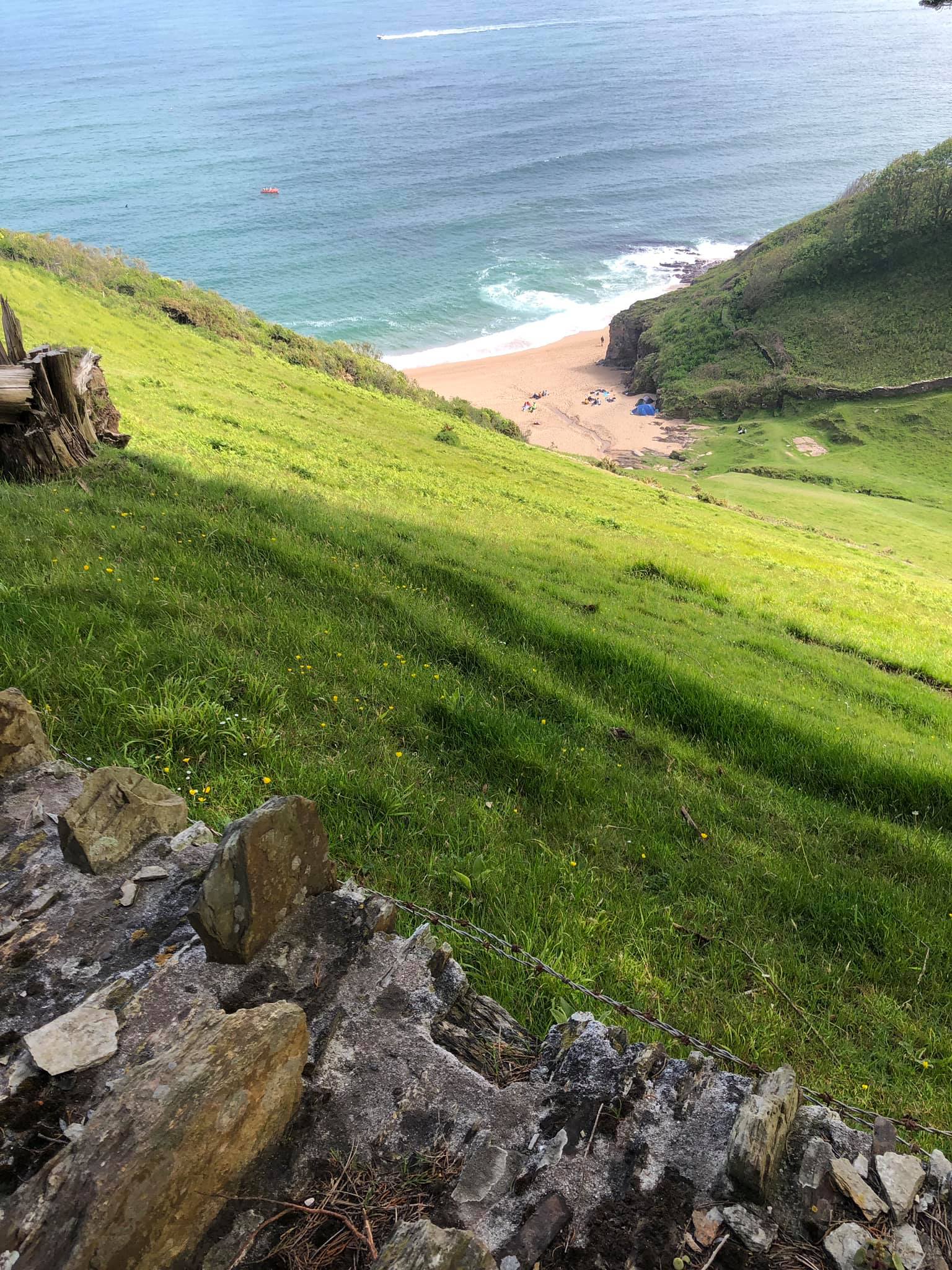 To help with the rescue, the Dartmouth team paged the Prawle Point Coastguard Rescue Team, who attended, along with the RNLI who were already on scene.

A spokesperson for the Dartmouth team said: "While our team assessed and treated the original casualty, we noticed that another occupant of the boat also required medical attention.

"Now with two casualties it was decided the most effective, and safest way to get the two casualties quickly off the beach and into an ambulance, was to call for the Coastguard Rescue Helicopter."

The beach had to be cleared of people to allow the Helicopter to land on the beach and a landing zone was set up behind Stoke Fleming Village Hall, where the land ambulance could wait for the casualties.

The spokesperson continued: "On landing the two casualties were taken on board the helicopter along with all the coastguards on the beach and they were all flown to the Playing Fields where the casualties were then handed over to the waiting ambulance crew, who took them to hospital."