Keeping you safe at the coast for 200 years: HM Coastguard celebrates landmark birthday

From its beginnings with coastal lookouts to today’s hi-tech national network of coordination centres, from small localised beginnings to international players – one thing has stayed the same for two centuries – Her Majesty’s Coastguard seeks to search, to rescue and to save.

Two hundred years of saving lives along the UK coast and at sea, as well as coordinating rescues for those in distress in international waters, is being marked this year as HM Coastguard celebrates its milestone anniversary.

It was on 15 January 1822, that HM Coastguard was formally brought into existence and has been working to keep people safe at the coast and sea ever since.

Today (15 January) in honour of that actual birthday, coastguards across all four home nations are casting throwlines as a symbol of the service’s dedication - past and present.

Throwlines, which form part of the lifesaving kit used by coastguard teams, will be cast into the seas around England, Scotland, Wales and Northern Ireland at 11am, with each team operating under the latest COVID-19 guidance for the local areas.

Over the past two centuries, HM Coastguard has gone from strength to strength. In 2022, coastguard operations centres coordinate responses to emergency situations at the coast calling on 310 Coastguard Rescue Teams – made up of 3500 dedicated volunteers – and using 10 search and rescue helicopter bases.

Although the way in which we operate has changed beyond recognition in the last two centuries, HM Coastguard continues to look to the future. Innovation has always been a driver – whether it be pushing forward state of the art technology in the national network of maritime rescue coordination centres or leading the way in rope, water and mud techniques.

Last month (December) HM Coastguard began to implement its new updated search and rescue radio network which uses fibre technology. More than £175million has been invested to upgrade the Coastguard’s national radio network across all 165 sites over the next two years.  This will improve and future proof its communication infrastructure and ensure that it remains able to communicate and exchange data quickly and reliably in order to co-ordinate rescues and save lives.

The service continues to adapt to changes – in the last few years providing mutual aid and support during events and incidents to other emergency partners. During the pandemic, coastguards supported the NHS, attended the G7 and COP26 in 2021 and are called in to support during national emergencies including flooding or supplying water to stranded drivers.

HM Coastguard provides training to search and rescue authorities around the world and also shares knowledge on a mutual basis with others. A key player with the International Maritime Organization, HM Coastguard's input and insight around the obligations of SOLAS (The International Convention for the Safety of Life at Sea) is sought and valued. 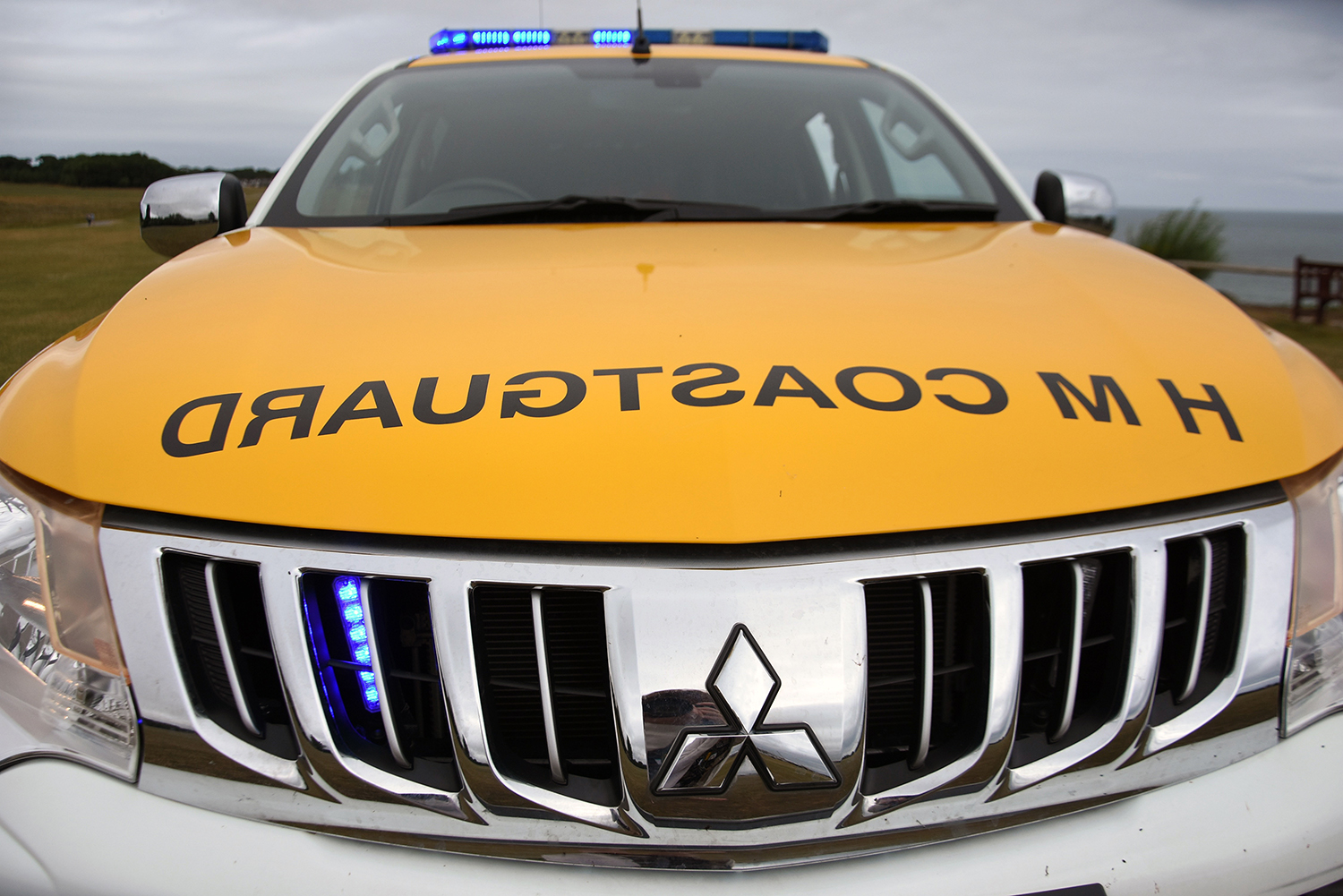 The service is currently working hard to reduce its carbon footprint and is aiming to make its UK-wide fleet of vehicles electric wherever possible over the next five years.

Following trials, six electric vehicles have already been purchased, with 19 more currently being procured for use across the UK. Opportunities to electrify the fleet where operationally possible continue to be identified, with the trialling and integrating of electric models as they arrive on the market.

And with technology ever evolving, the service will continue to strive to be at the forefront of innovation to carry out its life-saving work.

Maritime Minister, Robert Courts said: “Congratulations HM Coastguard on their 200-year anniversary. I am immensely proud and humbled by the continued dedication and professionalism from the staff and volunteers which ensures everyone’s safety on our shores and around our coast.

“HM Coastguard is the backbone of our maritime sector and the nation is indebted to its incredible workforce which continues to deliver an exceptional service.”

Claire Hughes, Director of HM Coastguard said: “When you look at how we started and where we are now, it’s easy to celebrate the innovation and development that can be seen throughout the service. And yet, we are far more proud of the people, the volunteers and the staff who throughout two centuries have continued to strive to keep people safe at the coast and out at sea. We always have and always will respond to those in distress.

“While this milestone is an opportunity for us to look back with pride on what we’ve achieved, we have always looked to the future, and I’m proud that we continue to look for ways in which to improve and save lives. I’m proud of the commitment, the dedication and selfless sacrifice and I’m proud of how the service has developed and continues to do so.” 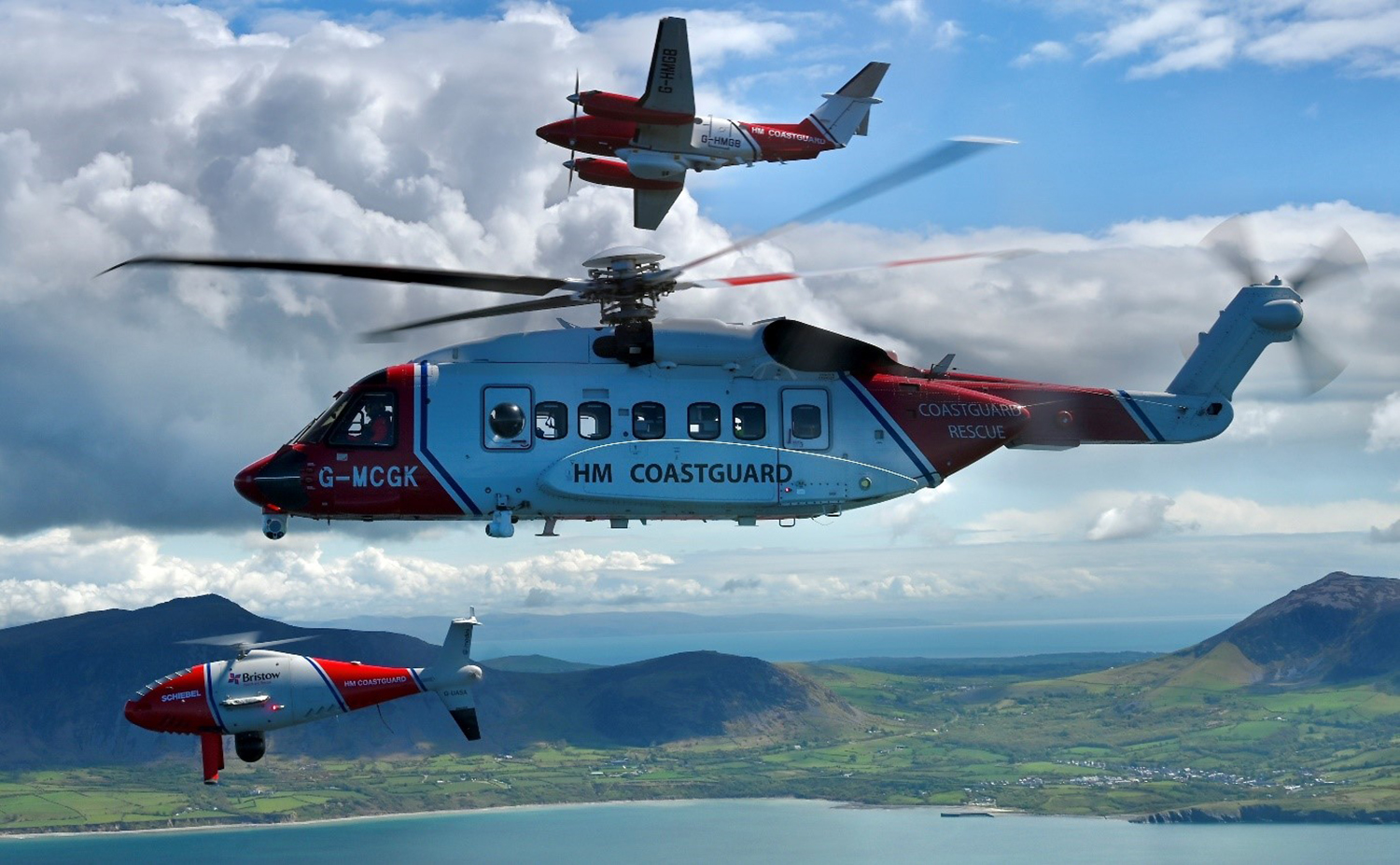 Coastal Operations Area Commander Tom Wright said: “This anniversary is a huge milestone for all of us at HM Coastguard. We wanted to mark the occasion in a way which is unique to us and which demonstrates our commitment to keeping people safe at sea. The symbolic casting of throwlines across the UK today is a reflection of that commitment.

A short history of HM Coastguard

17th/18th century - As soon as medieval taxes were charged on imports and exports, people begin smuggling. By 1743 the estimate is that half the tea drunk in Britain was illegally imported. Smuggling is highly profitable, making local people live in fear, with violent reprisals on informers and the murder of revenue officers, while corruption enables smugglers to evade harsh penalties.

1808 – A Captain Manby experiments with firing mortars to carry lines offshore to stricken ships. The “Elizabeth”, 150 yards out at sea sees the first life save due to this method. Cots hung below safety lines soon follow.

1809 - the Board of Customs forms the Preventative Water Guard to fight smugglers and this small force uses boats to patrol every bay and cove.

1816 - the guard is placed under the Treasury. At each station the chief officer and chief boatman are experienced naval seamen or fishermen. In bad weather they form a shore patrol. Although created to end smuggling, the Preventative Water Guard quickly acquires extra duties and are instructed to take responsibility of shipwrecks to safeguard cargoes and vessels from looters. They are also trained with lifesaving equipment.

1821 - the Preventative Water Guard is recognised as a major force against smuggling and it is recommended that it is again controlled by the Board of Customs. In a minute dated 15 January 1822, the Treasury accept the proposal noting the new force will be called ‘Coast Guard’ which is, in effect, the birth certificate of HM Coastguard.

The Coastguard was formed in 1822 by the amalgamation of three services set up to prevent smuggling: