An application has been submitted to South Hams District Council for the creation of a Salcombe yawl landing stage into the Salcombe estuary.

The application, submitted by Stone's Boatyard, is to create a Salcombe yawl landing stage, that could hold 20 boats, into the Salcombe Estuary - with the provision of a toilet - at Yalton, East Portlemouth. 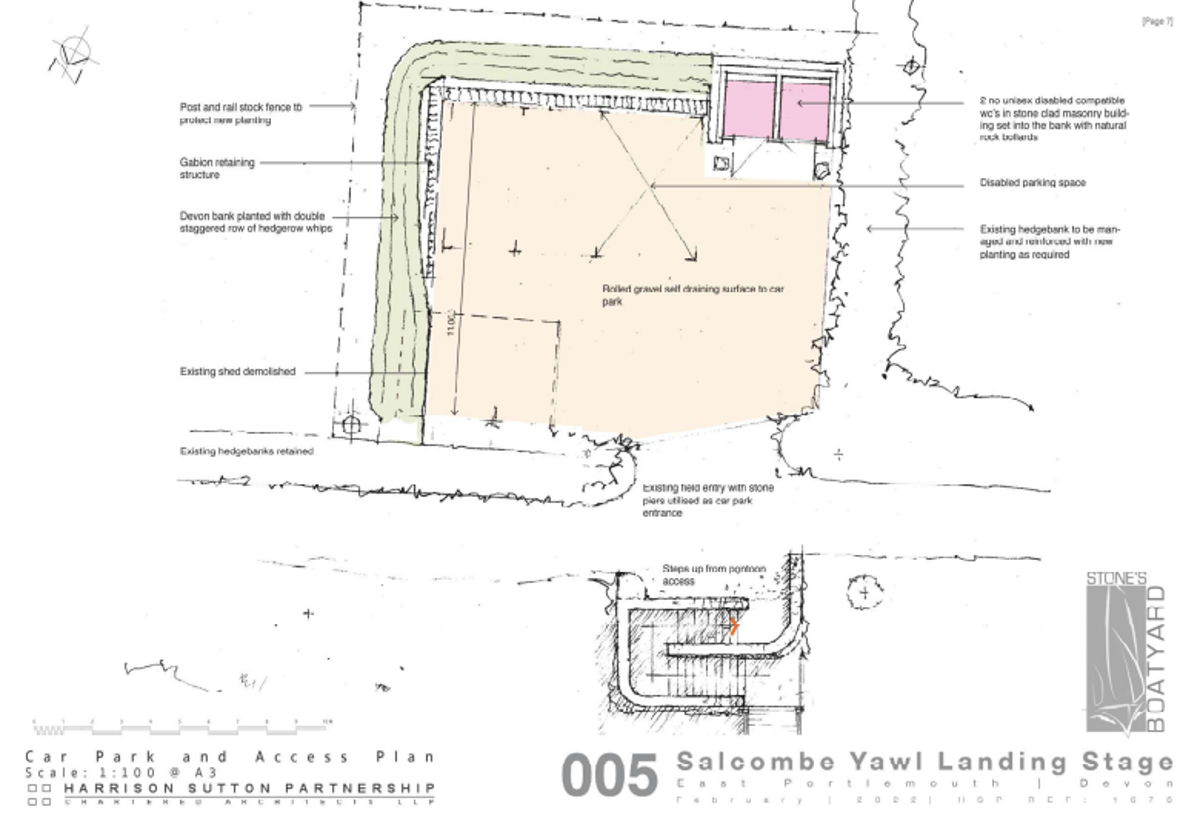 Comments on the council’s planning website are so far overwhelmingly in support of the project, but it is opposed by East Portlemouth Parish Council and South Hams Society.

The proposal is on behalf of Stones Boatyard, established in 1938, which “specialises in the renovating and maintenance of Classic Salcombe Yawls”.

The application states: “Salcombe Yawls are traditional wooden boats that were first built in the late 18th Century for the purpose of fishing.

“Stones Boatyard is therefore working hard to conserve Salcombe’s nautical history through the care of these iconic boats. Yet, the business has recognised that to successfully preserve this tradition, it must evolve to ensure that more sailors and their boats can be catered for.

“The Boatyard dry stores 40 Yawls and 12 traditional wooden launches, many of which were built here in Salcombe, and are as much an intrinsic part of the harbour tradition as the yawls. However, currently Stones Boatyard only has moorings for 16 boats.

“This means boats are launched and recovered as needed, but the launching is restricted by tides which limits access to the water. Furthermore, there is an eight year waiting list for a boatpark space for a dinghy, and longer for a Salcombe Yawl mooring. This limited availability of moorings is a potential contributor to the reduction of Saturday Yawl sailing in Salcombe.

“To reverse this downward trend, the proposed Yawl Landing Stage will offer the opportunity for 20 yawls plus traditional wooden launches to be kept afloat throughout the summer so that customers will be able to access their boats at all times.

“The Landing Stage will have the facility to charge electric boats in order to help decarbonise boating in the harbour and reduce boat related noise and air pollution.

“This would be one of the first pontoons in the country to offer electric charging facilities.

“In the late 1970s and early 1980s, Alec Stone positioned a pontoon in this exact location for his Flying Dutchmen and Solo dinghy customers. Consequently, the proposed Landing Stage will continue the use of the harbour in a manner it has been used previously.

“It will have a small footfall with use being restricted to existing Yawl owners/customers and their guests. The majority of customers/ Yawl owners will be based in Salcombe and will arrive from Salcombe by boat/ water taxi; thus, it will not be creating extra traffic on the roads.”
The South Hams Society objects to the proposal, stating: “This will mean that an area of previously untouched unspoiled pristine water frontage in the AONB (Area of Outstanding Natural Beauty) and on a SSSI (Site of Special Scientific Interest) will be lost forever.

“The associated works include steps to and from the landing stage, a car park [seems to be an existing car park - the application states that the number of parking spaces (3) will not change] and toilet block and will increase boat-hauled traffic down the extremely narrow lanes leading to the site.

“There are mitigating factors, to be sure, in the plans but overall the upper reaches of the estuary are the preserve of nature and are given the highest form of protection that planning law provides. These stretches of water are a haven for wildlife (of which two examples of a nationally important species; the two tentacled lagoon worms have set up home here), fish nurseries and are enjoyed by walkers, bird watchers - many of whom signed the original petition to stop water skiing.”

“This is a protected, sensitive and undeveloped part of the estuary.”

You can find the application and comment, support or object to it HERE or by visiting the South Hams District Council’s planning portal and searching for application number: 0851/22/FUL