On Saturday, 5th February, Buckfastleigh Fire Station were called to a road traffic accident on Avonwisk Road at 7.14pm. 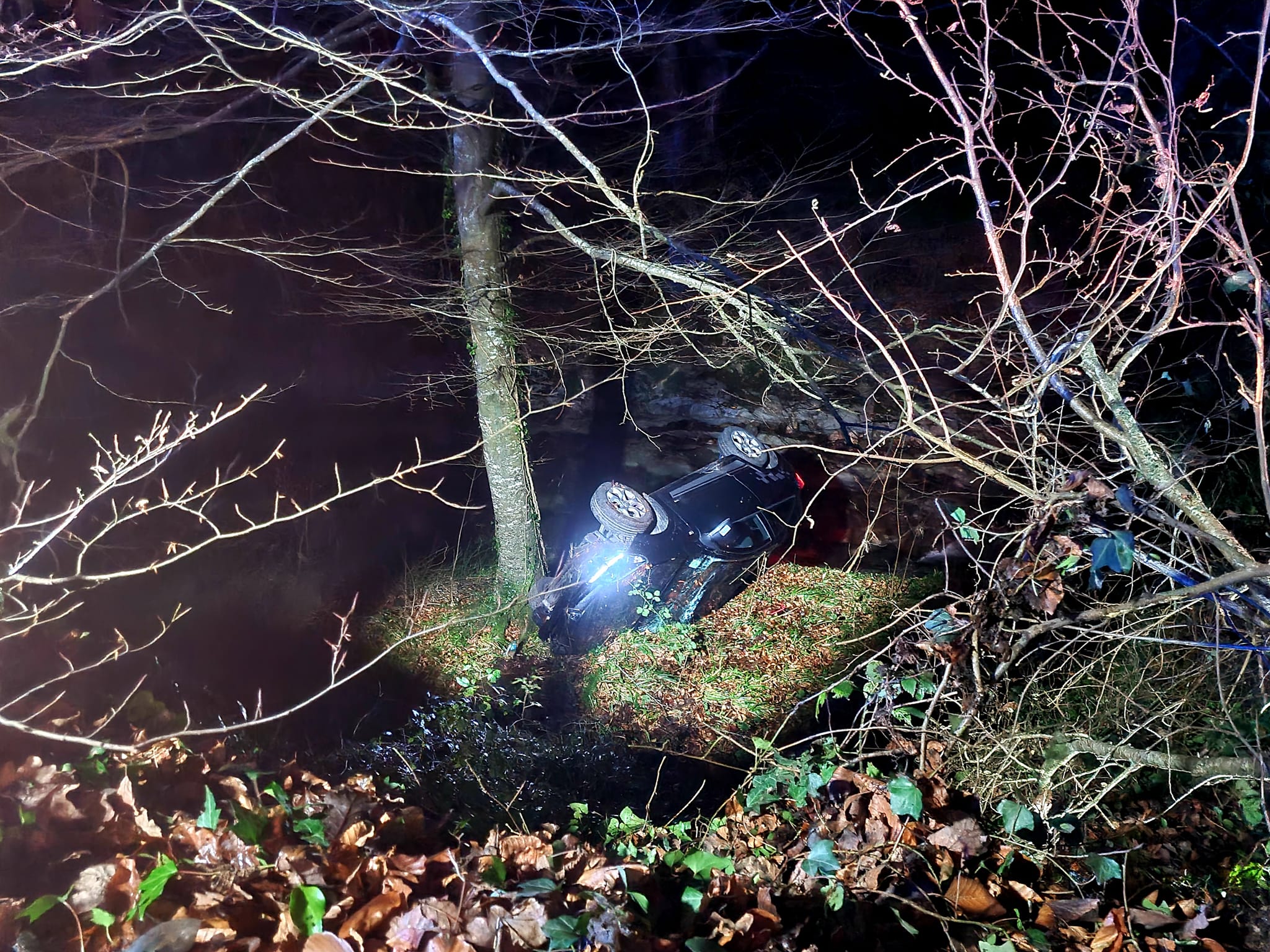 "...we were called to a persons reported road traffic collision on the Avonwick road, on arrival we found one vehicle had left the carriageway and ended up on its side approximately 30 feet down an embankment.
Luckily the two male occupants of the vehicle managed to get out of the car with only a few minor cuts and bruises. The crew set about making the vehicle safe and checking no contaminants were entering the river". 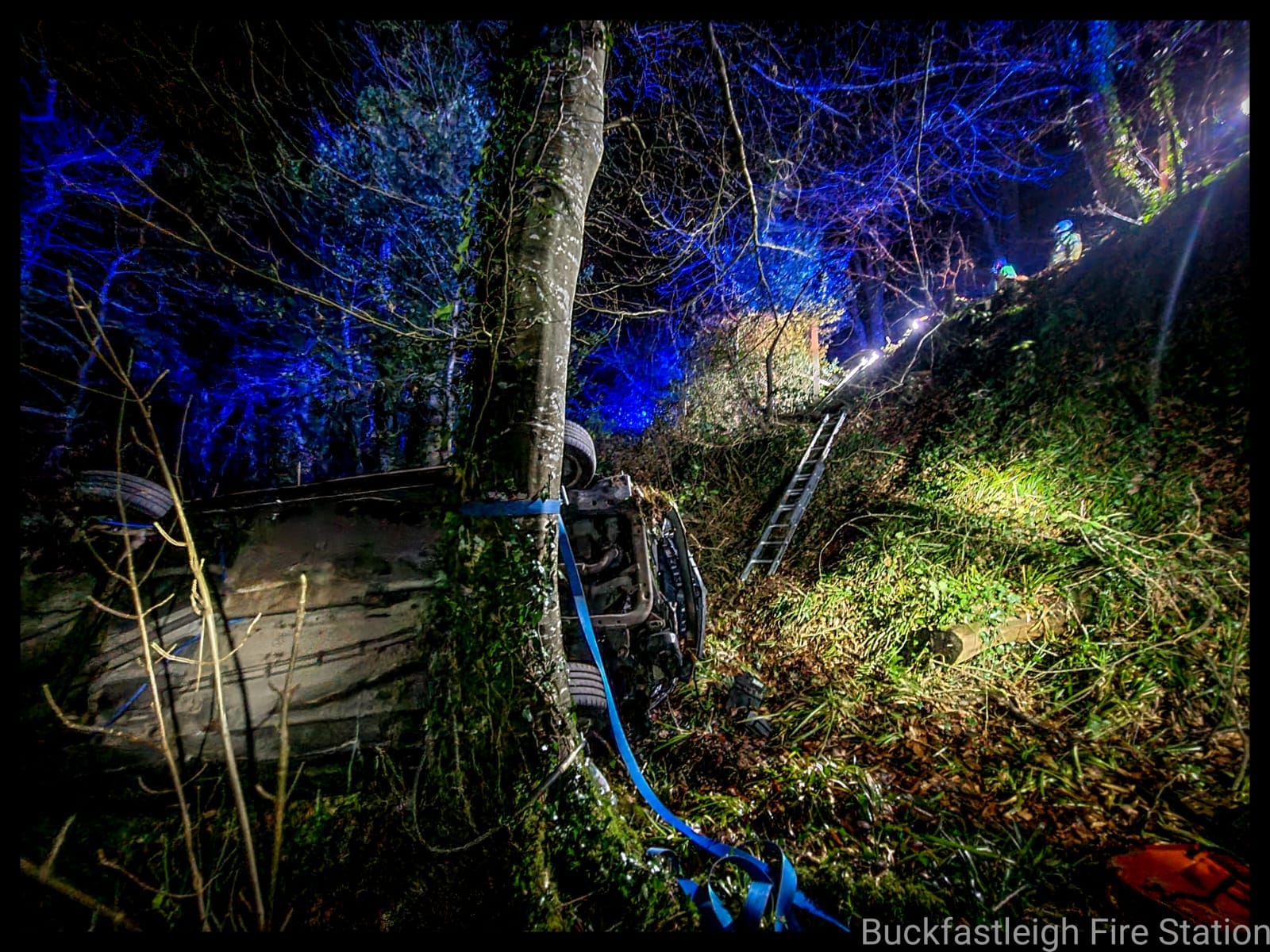 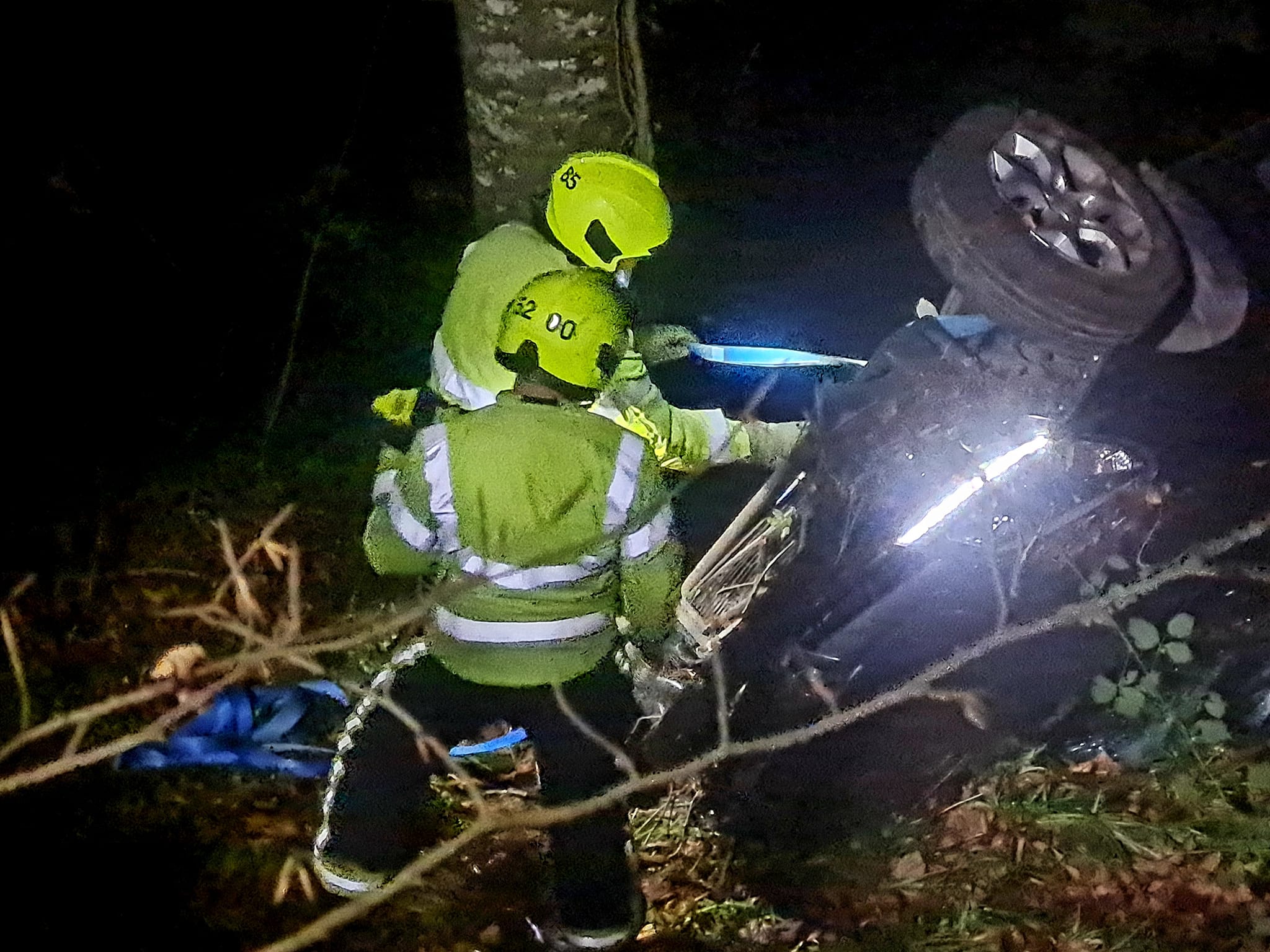 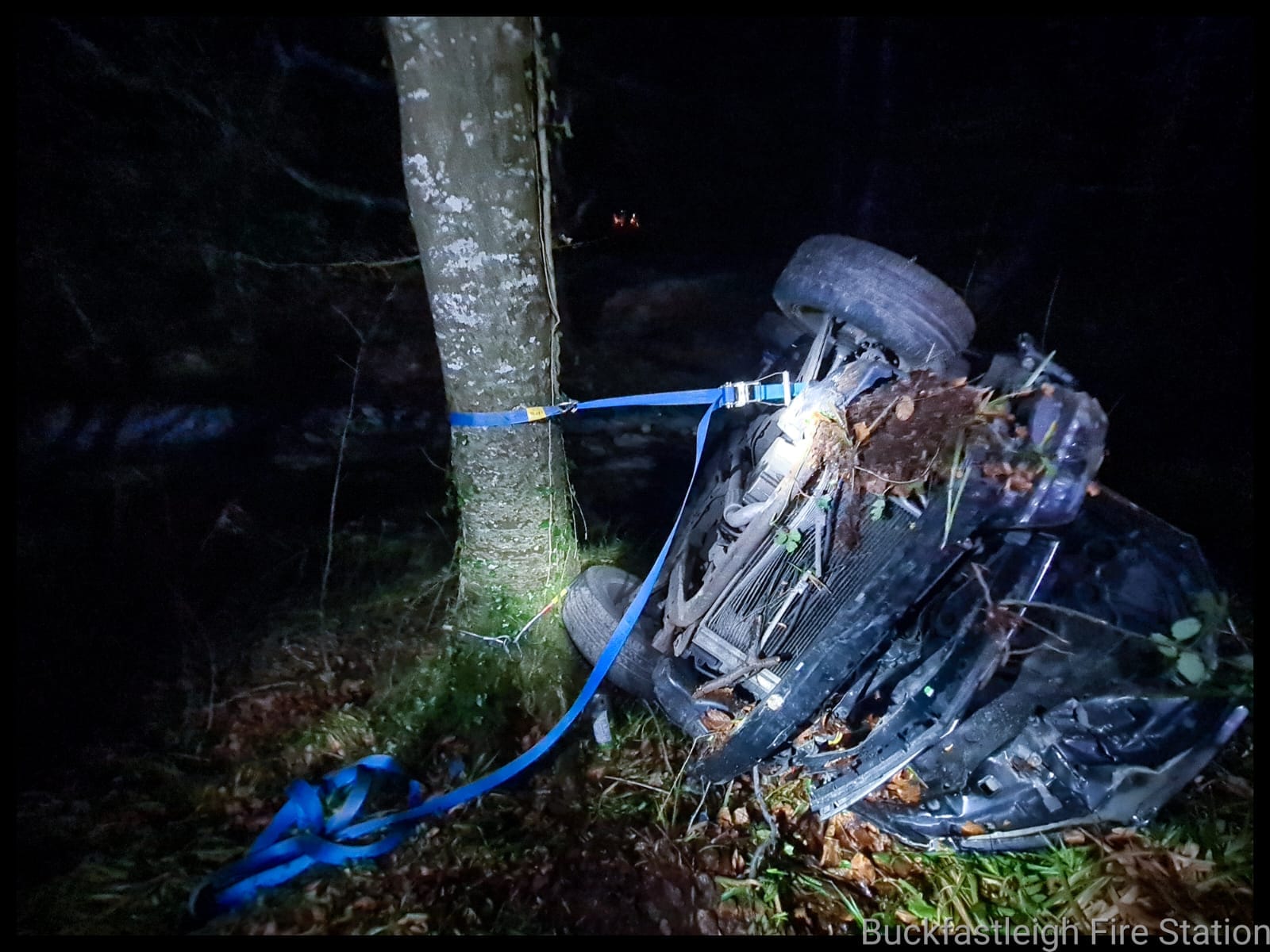 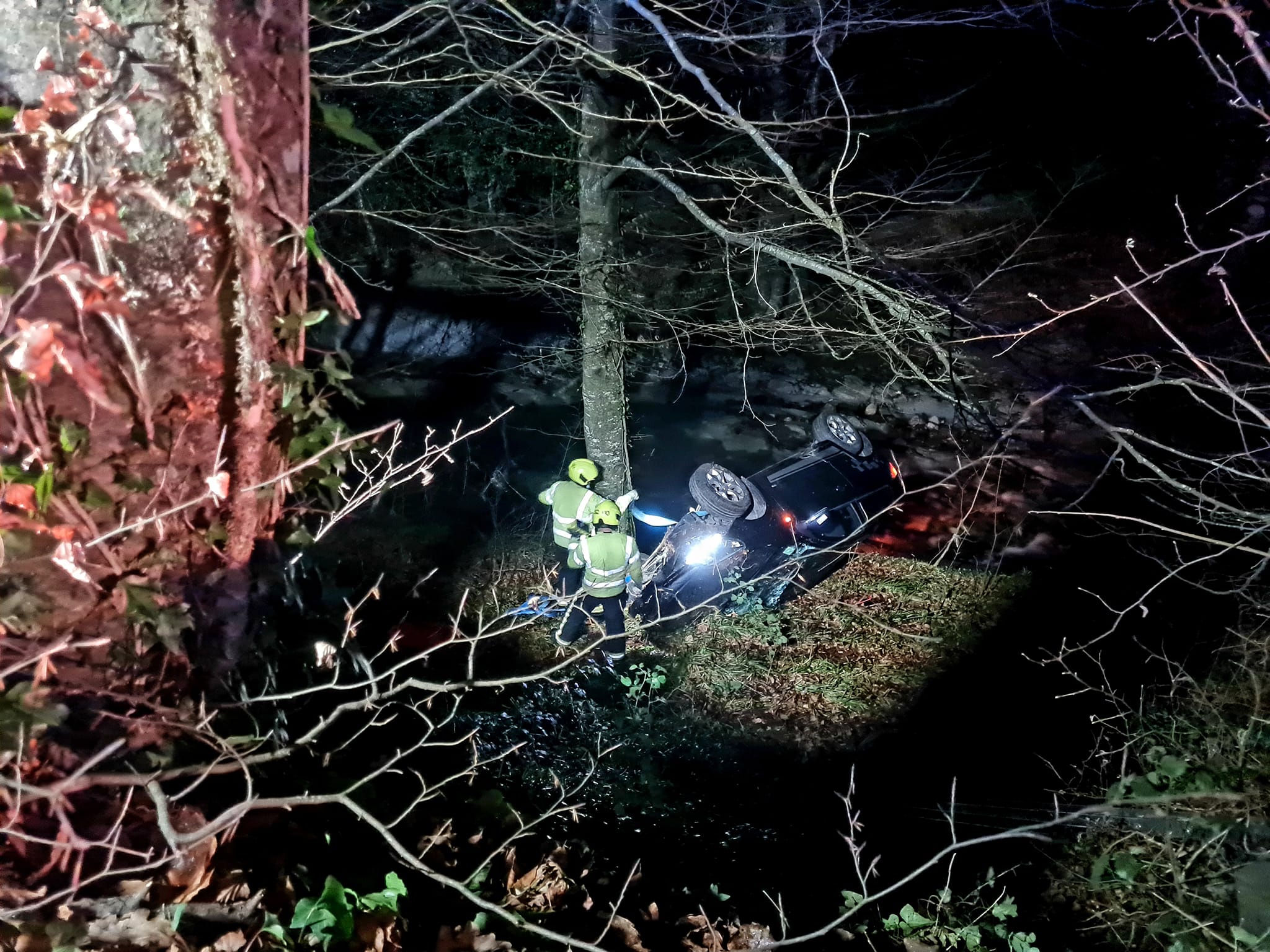