One South Hams resident has had the “fantastic opportunity” to play for his country in the WFU Deaf Rugby 7s East vs West.

Steven Moran, 33, was picked to be a part of the reigning champions Welsh Deaf Rugby team against Ghana on Saturday, 30 April, but the game was postponed due to delayed travel arrangements, so the decision was made to play East vs West 7s instead.

This gave Steve and his teammates the chance to play at the hallowed Principality Stadium in a warm-up match before Ghana is rescheduled. 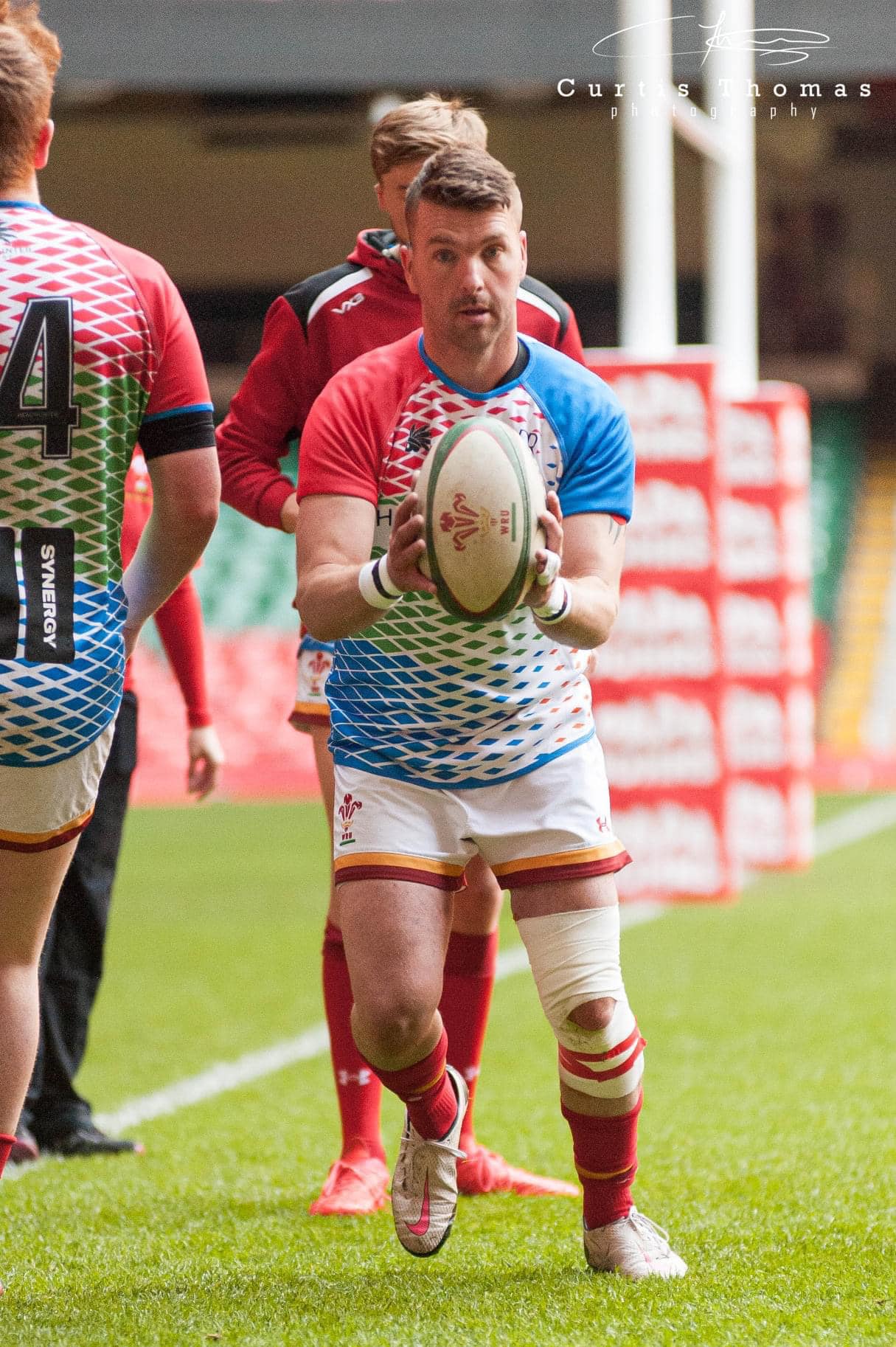 Steve, who lives in Slapton with his wife Emily, said he felt “very proud” playing for Wales, where his dad hails from, and just running onto that famous pitch gave him “goosebumps”. 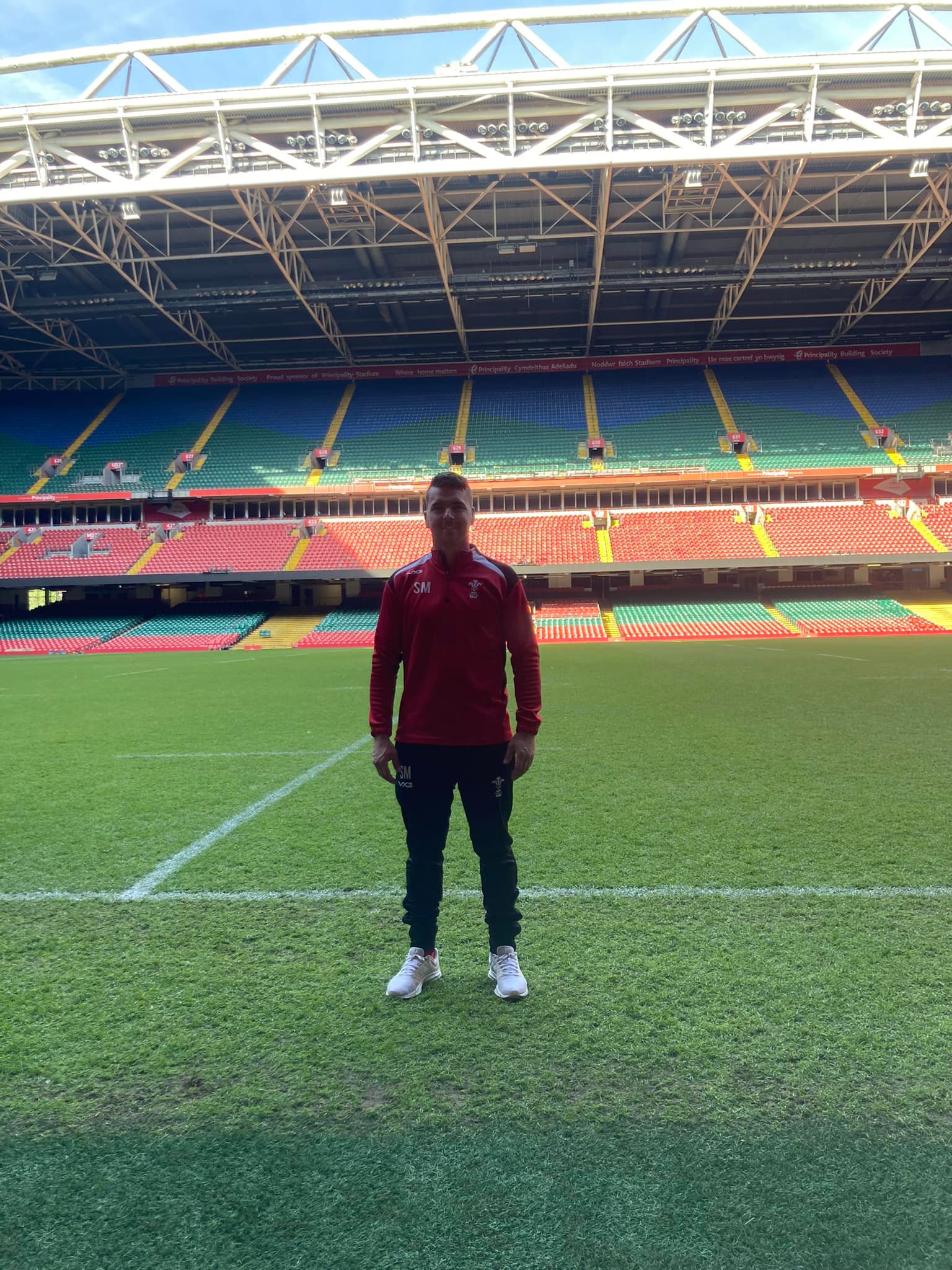 Steve at the Principality Stadium, Cardiff

He explained the biggest difference between deaf rugby and hearing rugby is “we all use our eyes more”. He said: “I’m profoundly deaf, whereas some players are only partially deaf, so we read body language and movement. Hearing teams will rely on hearing the whistle or other players calling to them.

“It’s nice because in the past, I haven’t seen many disabled or deaf in this sport, so I’m hoping deaf and disabled people get involved in sport and show people what we can do.

“Some people say, ‘Deaf people can’t do this’ or ‘You can’t do that,’ but we can do everything. We are like hearing people, apart from our hearing is broken.”

He said the lasting memory of the game will be “playing in such a fantastic stadium - and I made some good tackles!” 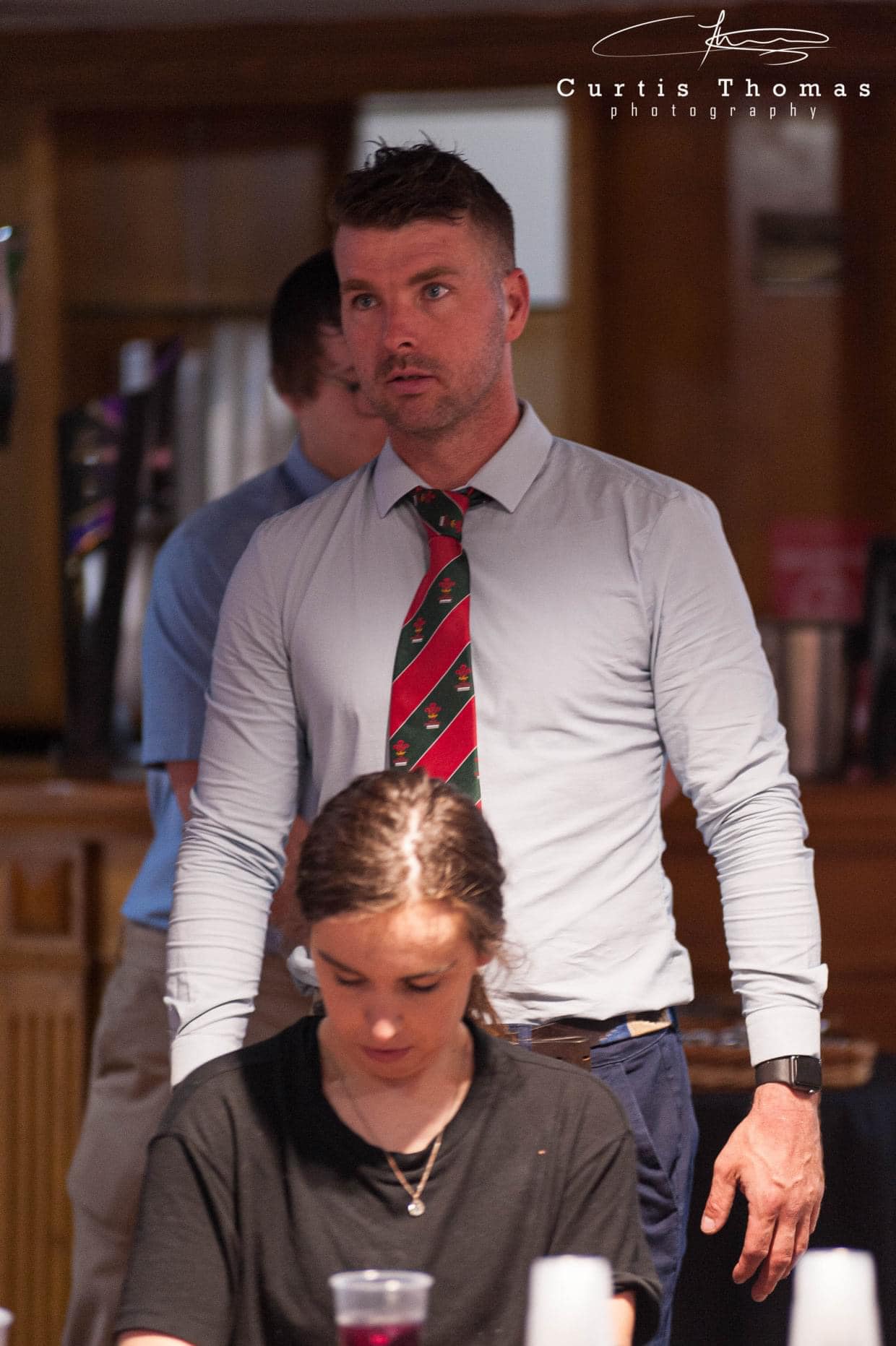 Annie Smith of The Cardiffian, was lucky enough to watch Steve and the rest of the team in action in March. She said: "In my mind, players wouldn’t be tackling as hard to avoid damage to hearing aids, referees would have to wave flags instead of blowing a whistle, and the game would be quiet as players couldn’t shout to communicate.

"But that couldn’t be further from the truth.

"The referee still used a whistle, players and coaches yelled to each other on the pitch, and the tackles were just as hard, with a high skill level on display. In terms of rules and play, there is little to no difference in comparison with standard rugby.

"Because the team ranges from those with partial hearing loss to complete deafness, the main difference is the consideration given to players who can’t hear the referee.

"This can range from leeway in the rules if players don’t stop when the whistle is blown to having an interpreter on the sidelines in case the referee needs to explain a call."

The team has its eyes on the World Deaf 7’s Rugby championship in Argentina in 2023, as well as the upcoming match against Ghana.

When the Ghana game was announced, WRU Deaf Chair, David Cobnor said: “This is a very exciting time for Deaf sport in Wales and with the World Deaf 7’s rugby championship on the horizon, hosting Ghana National Deaf Rugby team marks a considerable step forward in our team preparations for competing in Argentina next year.”

Steve is also featured prominently on the WRU Deaf website

Steve, who also plays for Salcombe Rugby Club, named Exeter Chiefs and England Internationals Jack Nowell and Henry Slade, as well as Marcus Smith, Owen Farrell and Wales’ Louis Rees-Zammit as his inspirations in the game as “amazing players who show great team work and passing, kicking and foot work”.

Congratulations Steve! We look forward to following your international career!