Our storage rooms are indoor, clean and dry, just like a hotel for your goods! We...

Our storage rooms are indoor, clean and dry, just like a hotel for your goods! We...

Buckfastleigh Fire Station were called to a "number of vehicles" having caught fire opposite the Abbey Inn on Thursday, and then called to the recycling bins at Woodholne car park in the early hours of Friday morning.

Buckfastleigh Fire Station crews were called at around 11.25am to the storage yard opposite the Abbey Inn, Buckfastleigh, where large quantities of black smoke was causing disruption to traffic.

When they arrived on scene, a spokesperson for Devon and Somerset Fire and Rescue Service said: "We were met with a gas cylinder which was inside one of the motor homes becoming involved, which rapidly escalated the incident. 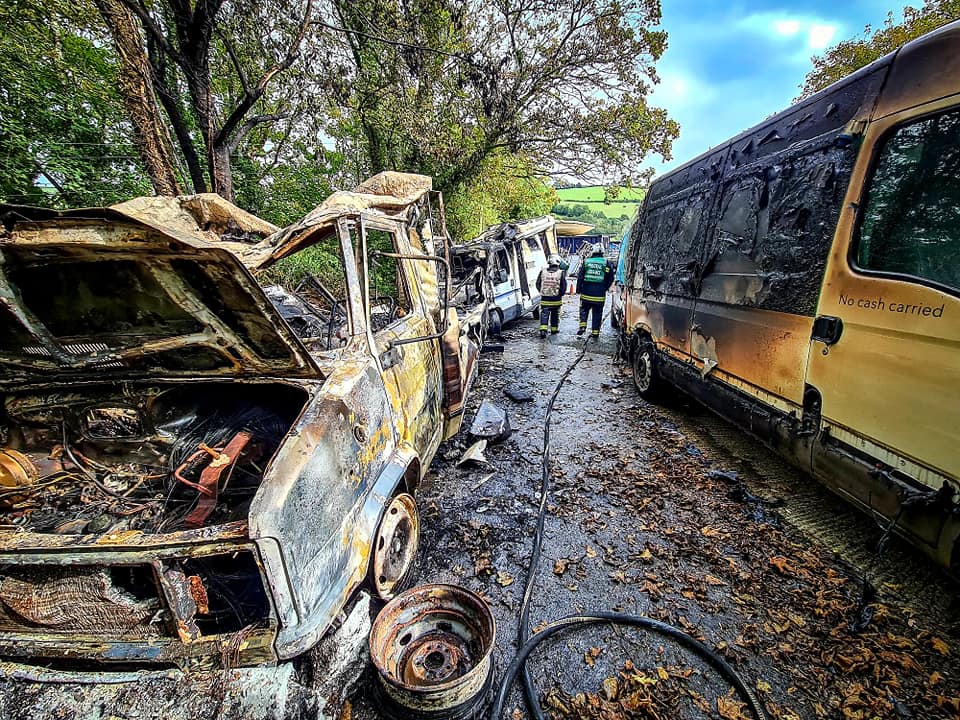 They continued: "The officer in charge had two ground monitors setup and had crews retreat to a place of safety until we were able to Don 4 sets of breathing apparatus and fight the fire.

"Due to possible contaminated water running off the fire we also used environmental protection equipment on the drains to prevent contaminants entering the local water courses.

"Thank you to neighbouring properties for closing all doors and windows for the duration of the incident and thank you to all drivers who patiently waited and then drove over our hose protection ramps in a slow and careful manner." 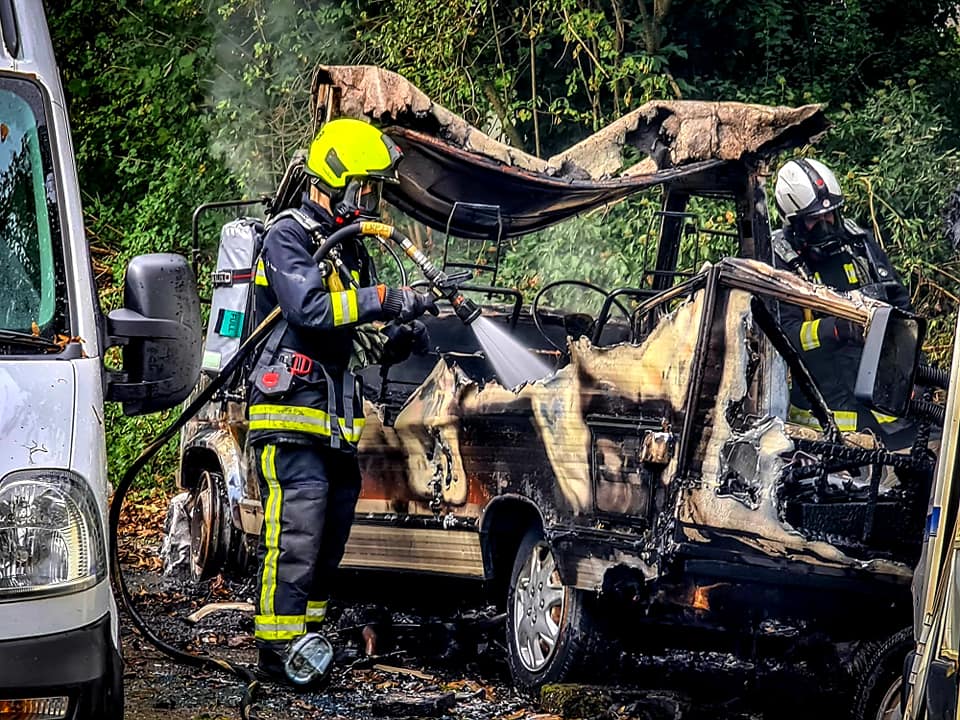 Less than 24 hours later, at 1.50am on Friday, the crew was called to Woodholne car park where they found one of the cardboard bins well alight.

Check out other great photos from Buckfastleigh Fire Station below.

Norman Brooking Builders Ltd is a General Building Contractor based in South Devon...

Window Cleaning Service
4.5
D Derek
"David Griffiths did an excellent job of cleaning my windows. He exudes professionalism as he works which is most admirable...."
Curtis Whiteford Crocker Solicitors
5.0
TH Tim Hughes
"Claire Chope and Dee were great at dealing with a very difficult purchase, they both always kept me in the..."
Leaf It Out - Waste Management company
5.0
A Anon
"We have been aware of Leaf it out for a while now, and started to use and actively promote their..."
Leaf It Out - Waste Management company
5.0
CW Customer W
"James and the team at Leaf It Out have provided us with excellent service this season - having previously had..."
Has Alabama Rot surfaced in the South Hams?
JG John Guthrie
"The advice is to be alert, but for what? "
Curtis Whiteford Crocker Solicitors
5.0
SF Stephen Flanders
"Having instructed Claire and Dee at Curtis Whiteford Crocker to take care of our house purchase we instantly knew we..."
Aerial Solutions
4.9
LW Luke Wood
"Great service to get our Freesat installed, fast, friendly and reliable, and a reasonable price."
Company asks for comment on plans for 35 houses in East Allington
N Name
"Just what we need, more unaffordable homes in the area..."
Wills and Probate in the South Hams
5.0
JM Jill McRae-Spencer
"Very helpful and clear advice on how to proceed with the setting up of a lasting power of attorney. Work..."
Marvel Fitness
5.0
PW Phil Watson
"My son had a couple of sessions with Aaron while we were on holiday in kingsbridge as he had a..."
Nash & Co Solicitors
5.0
KB Kevin Butterworth
"Have found Hilary Cragg at Nash & Co very helpful and informed in dealing with several family matters over the..."
The Ring Feeder Farm Shop & Cafe
5.0
JS Jennie Sprague
"We dropped in when passing today and had a delicious lite lunch. Chicken citrus salad with croutons which was fresh,..."

Wolferstans LLP, based in Plymouth, provides legal services to individuals and bus...