South Hams District Council is welcoming the return of one of the Dartmouth Lower Ferry's tugboats after nearly a year.

Dartmouth Lower Ferry’s tugboat 'Hauley VI' has had a top to toe refit.

Owners, South Hams District Council, funded the refit and removed the tug from the water for a complete renovation in April 2020 during the start of the national lockdown.

The engine received a complete rebuild with treatment for corrosion in the wheelhouse and replacement of flooring steelwork. The entire deck receiving an overhaul from top to bottom, with beams, planks and other components all being refitted. Although, the hull and keel were in good overall condition; large areas were resealed to make them watertight and areas were strengthened throughout to ensure all construction standards were met.

A complete electrical rewire was carried out and old electronic equipment was replaced with new. A fuel tank, compatible with new regulations, was installed to allow access to the forward towing point. If that wasn’t enough, a replacement rudder, propeller and shaft were also fitted.  With the external contractors works completed, the vessel was then completely repainted and prepared for launching.

Following successful sea trials and a MCA inspection, Hauley VI was passed fit for service on 11 January 2021. Hauley VI is now up to current standards and ready for service. 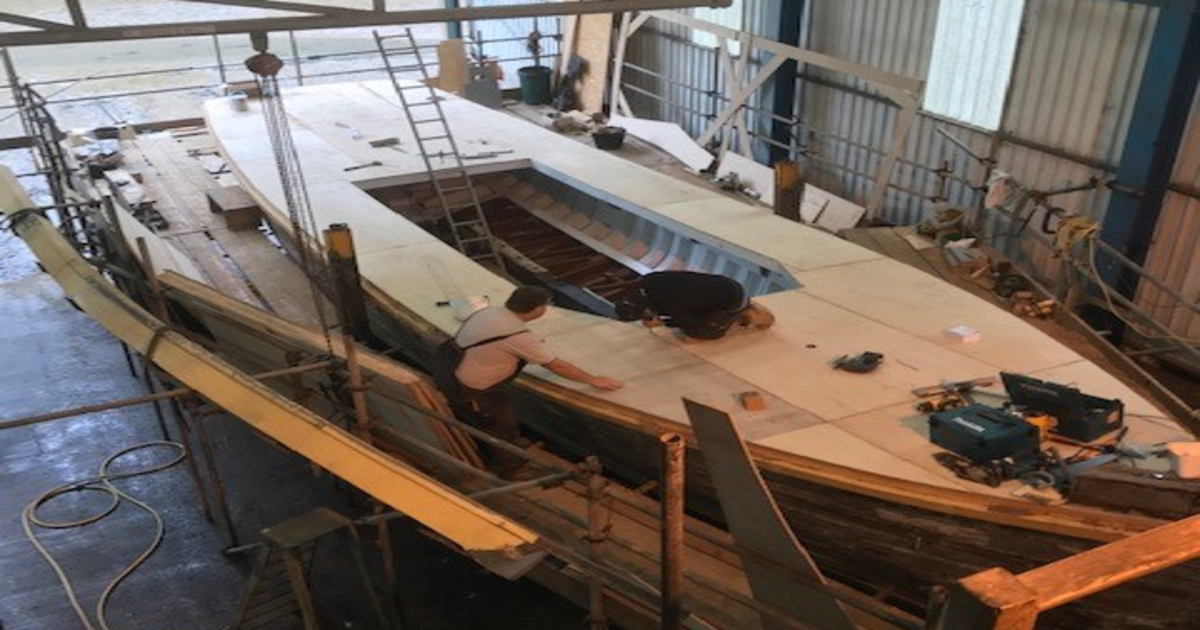 Cllr Hilary Bastone, South Hams District Council’s Executive Member for Assets, said: “I’m delighted that we’ve funded the works needed for the Hauley VI. This will give the tug a new lease of life for many years to come.

“The Dartmouth Lower Ferry is not only an essential part of life for our residents to go about their daily lives, but it’s also an iconic part of our local history. It has been transporting vehicles and foot passengers between Dartmouth and Kingswear since the 1700s. It’s also a real tourist attraction and draws visitors far and wide to experience the delights of the River Dart and its nearby towns and villages.”

The ferry is operated using a floating platform pushed along by a tug and the river crossing offers stunning views of the surrounding area and the open sea.

South Hams District Councillor for Dartmouth and East Dart, Cllr Jonathan Hawkins, said: “I would like to thank all the staff and crews for the amazing job they do serving our two communities, particularly during the past 12 months.”

Cllr Rosemary Rowe, South Hams District Councillor for Dartmouth and East Dart, said: “I am really pleased that the work has been completed to such a high standard. We now look forward to a busy summer season ahead.”

To find out more about the Lower Ferry and its timetable, go to: www.southhams.gov.uk/dartmouthlowerferry