Totnes Fire Crew rescued a seagull from a roof, and urged the public not to attempt similar rescues themselves.

Firefighters from Totnes Fire Station were called into action by the RSPCA on Thursday morning, to rescue a seagull that was trapped in wire and "very distressed".

Originally, the team tried to reach the bird with ladders, but they weren't long enough, so they requested the use of the aerial ladder platform. They then used that to rescue the gull, which was left in the hands of the RSPCA. 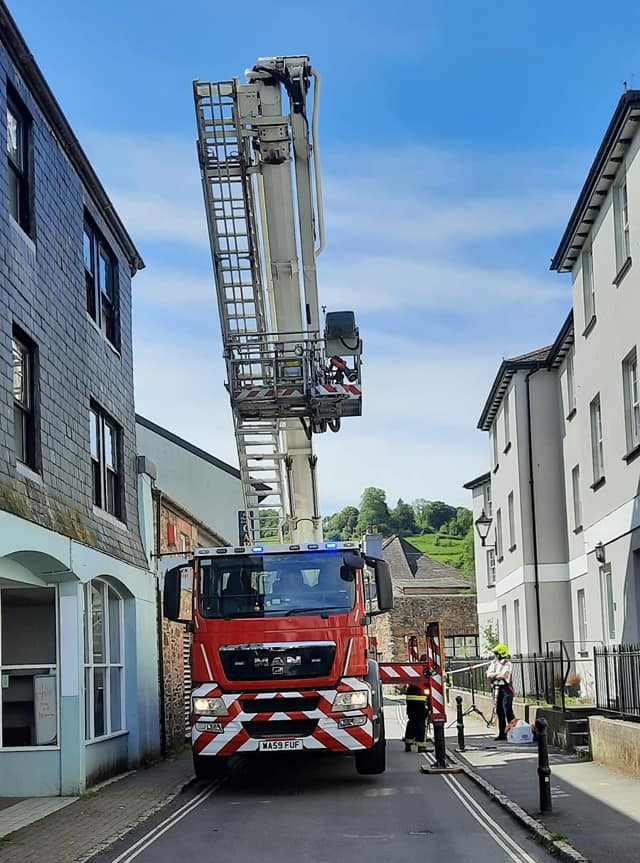 A spokesperson for Totnes Fire Station said: "We attend these incidents at the request of the RSPCA to shorten the suffering of these animals which many members of the public find very distressing, and also to prevent anyone else from putting themselves in harms way to attempt a rescue.

"If you see an animal in distress, contact the RSPCA in the first instance. If we’re needed to help an animal, the RSPCA or another emergency service will contact us.

"Please never try to enter water or climb heights to rescue an animal yourself."