Man charged for "nonpayment" of parking charge, despite having proof

A parking company is continuing to chase a customer for an unpaid parking ticket, despite him being able to prove with online banking that the charge was paid.

He said: “It was a new company car so I had the registration number written down in my phone and I’ve been stung by parking machines not working properly so I double and triple checked that the reg was in right and everything was correct and then paid by card.

“I’ve been caught before, in fact a couple of weeks later we went to the same car park with my brother-in-law and he put the reg in wrong and I went back and did the whole thing again because I know how these companies can be.”

Shortly after that, Mark received a letter from PPS to say that they were chasing me for “non payment”. He appealed against the ticket and even sent a copy of his bank statement to prove that the money left his account. Unfortunately he emptied his car of rubbish, and therefore the physical paper ticket, before receiving the letter. 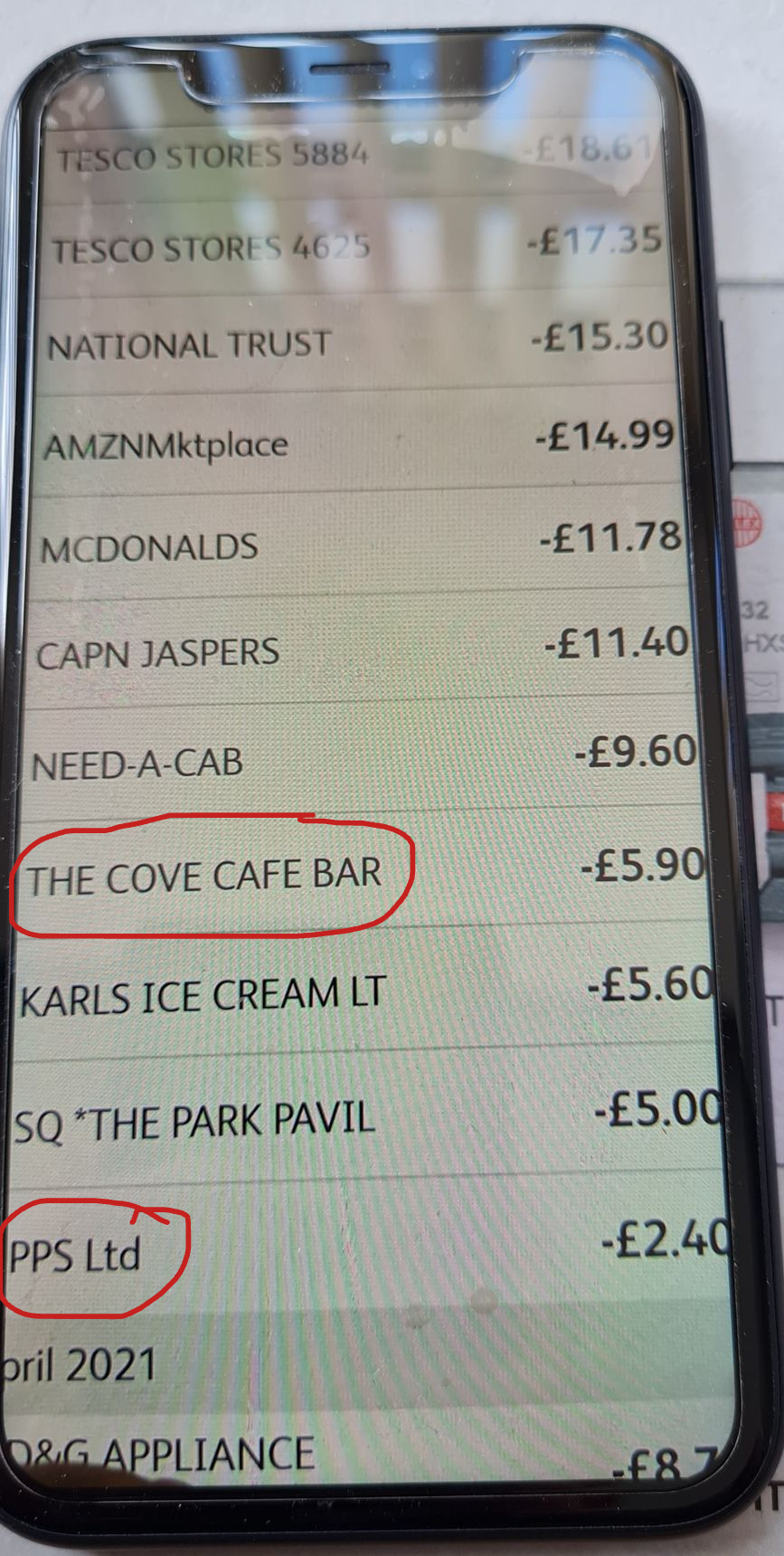 Mark's online banking on his phone, showing the PPS charge and the charge for The Cove, Hope Cove - credit Mark Issacs

This wasn’t accepted by PPS who said there was no way to prove that that charge was for the same PPS car park as the one being contested.

Mark said: “This is despite the next charge being for a coffee in Hope Cove, if I parked somewhere else, what did I do? Park somewhere else and then teleport to Hope Cove to have a coffee?! And it is a company car, I'm the only one insured to drive it. ”

Mark has contacted Trading Standards but is at a loss as to what to do next.

His advice to others is to “take a photo of the machine, of your car, of your ticket in the car, everything, in case you need it later”.

We have contacted PPS but they have yet to respond. If we receive one we will update this article immediately.

It is thought the Outer Hope car park sold for £1.2million when it was taken over by PPS.

8 comments
View all user comments View most helpful
Fighting it in court
April 12, 2022
I had exactly the same thing that I am still fighting. Last year in Hope Cove I got ticketed for non payment. I have since provided the ticket that was in my possession and a Monzo print out of the transaction (also went to the cove btw) and they are now instead pursuing me for incorrectly entering my registration number.

I have used enough machines in my time to know how to do that properly but they refuse to accept it is clearly a fault with the machine - I have a copy of all of the transactions from the day and it happened to loads of people.