Van blocks road for around eight hours after wheel falls off

A van blocked Fore Street in Kingsbridge yesterday for nearly eight hours after a wheel fell off.

The van broke down on Fore Street at around 8am on Wednesday morning and a diversion was out in place sending traffic along Mill Street and round.

Updates every few hours said the van was still there and the road was still closed. 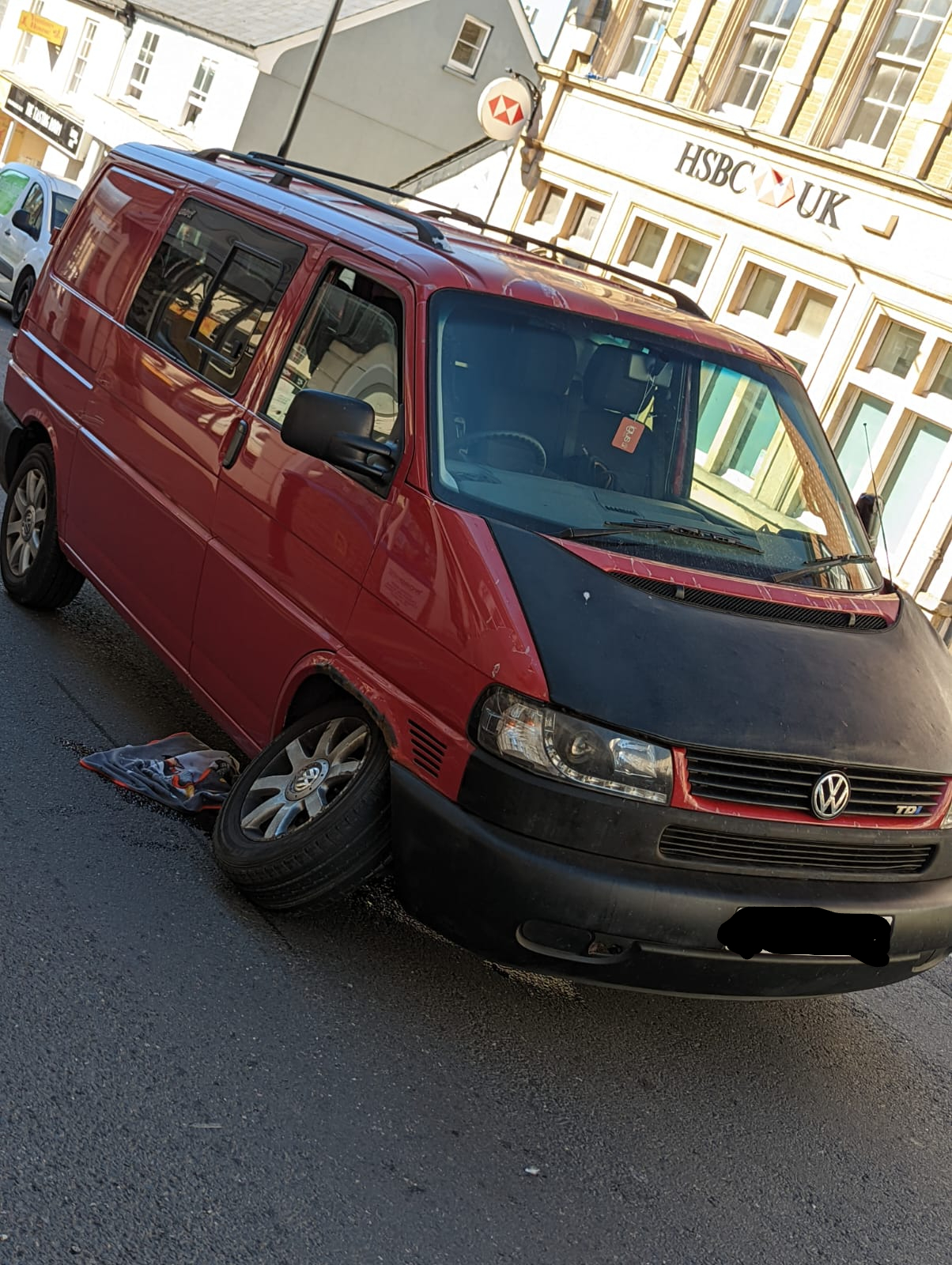 Finally at around 5pm, the van was finally moved. We spoke to the man who finally got Kingsbridge moving again - Ollie Woods.

Ollie said: "Around 3pm, I was called by a neighbours son-in-law for help as he went to help himself and couldn't do anything with it. I turned up to find the bottom ball joint had popped out, pulling the drive shaft out.

"I spent some time getting the drive shaft back in then sat the ball joint back in and strapped it together to crawl up the road to the owner's home. The guy commented saying of all the friends he has in the town, two strangers were the ones to help.

"He had two recovery vans turn up from the AA in the morning and say they couldn't do anything and left. So he was waiting for a recovery truck."

Traders on Fore Street mentioned how their business had been affected by the road closure, just proving how important the flow of traffic and people up the hill really is to Kingsbridge.

A spokesperson for Kingsbridge Town Council said: "The Town Council was informed early yesterday of the van which had broken down in Fore Street. We contacted Devon County Council, reported the situation, and the decision was taken to close the road and divert traffic via Mill Street and Lower Union Road.

"The Police were also informed. Unfortunately the driver of the van was incredibly let down by his recovery company and in the late afternoon the vehicle was fixed in the middle of the highway. So it was a frustrating day and traders lost deliveries and footfall. However, thankfully nobody was injured."

Kingsbridge Celebrated Christmas last weekend and it attracted hundreds of people
Category: Events News
Kingsbridge Celebrated Christmas in a big way last weekend as the town was full to bursting with people, and the town square was alive...
SHDC commits to net-zero carbon emissions by 2050 "at the latest"
Category: General News
South Hams District Council commits to the Devon Carbon Plan, with the aim of reaching "net-zero emissions by 2050 at the latest". ...
Fire destroys caravan, car and a temporary structure
Category: General News
A fire has destroyed a caravan, a car and a temporary structure in Yealmpton.
Orchard Cleaning and Laundry also have a laundrette - make sure to check it out!
Category: Members' News
Orchard Cleaning and Laundry not only have an excellent changeover and domestic cleaning service, but they also have a laundrette.
MISSING PERSON: A body has been found in the search for Giles Battye
Category: General News
A body has been located in the search for 47-year-old Giles Battye.
Local author publishes his first book
Category: General News
A local author has published his first book, based in the South Hams and it is set to inspire wonder in all who read...
Featured