The women of Kingsbridge Amateur Theatrical Society are my new heroes, putting on an entertaining, touching and hilarious performance in this season’s production of Calendar Girls.

Directed by Christine Bonner, KATS have lovingly recreated the well-known true tale of loss, friendship, charity and nudity (not nakedness) in the Yorkshire Dales.

After Annie (Jill Brock) loses her beloved husband to cancer, her best friend Chris (Jules McColl) comes up with a plan to raise money to replace the settee in the relative’s room at the hospital where he was treated in his memory.

Both members of their local WI, albeit not the most passionate or committed members, the pair come up with an idea to use the yearly WI calendar to raise the money, but with a twist - encouraging their friends and fellow WI members to pose nude. 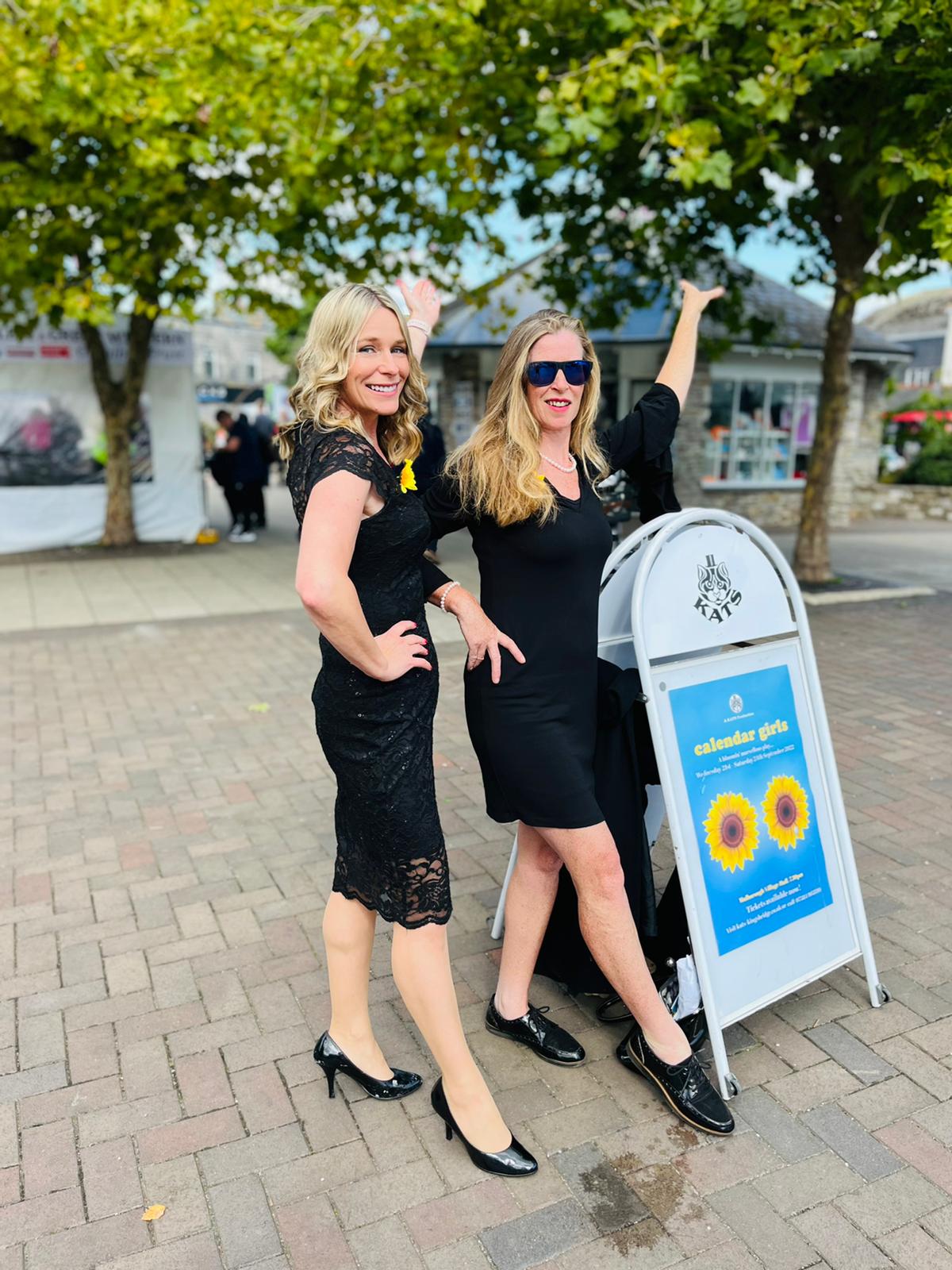 Jill Brock as Annie was fantastic, she made me laugh out loud but also brought me to tears at least twice, and at some moments she seemed to be channelling the great Julie Walters directly into Malborough Village Hall.

Jules McColl was back on stage, bringing the effervescent Chris to life, leading the charge in the nudity department and the performance.

The whole cast were brilliant, including the men - Grant Davis as John, Alex Dower as photographer Lawrence, Ben Sheard as Liam and Nate Fox, who had his own brush with nudity in the last KATS production, as Rod.

But this performance was all about the women.

Caroline Sheard was great as the vivacious Celia, bringing colour and humour to the stage, as was Jackie Hodges as the no nonsense ex-teacher Jessie. Both shone. 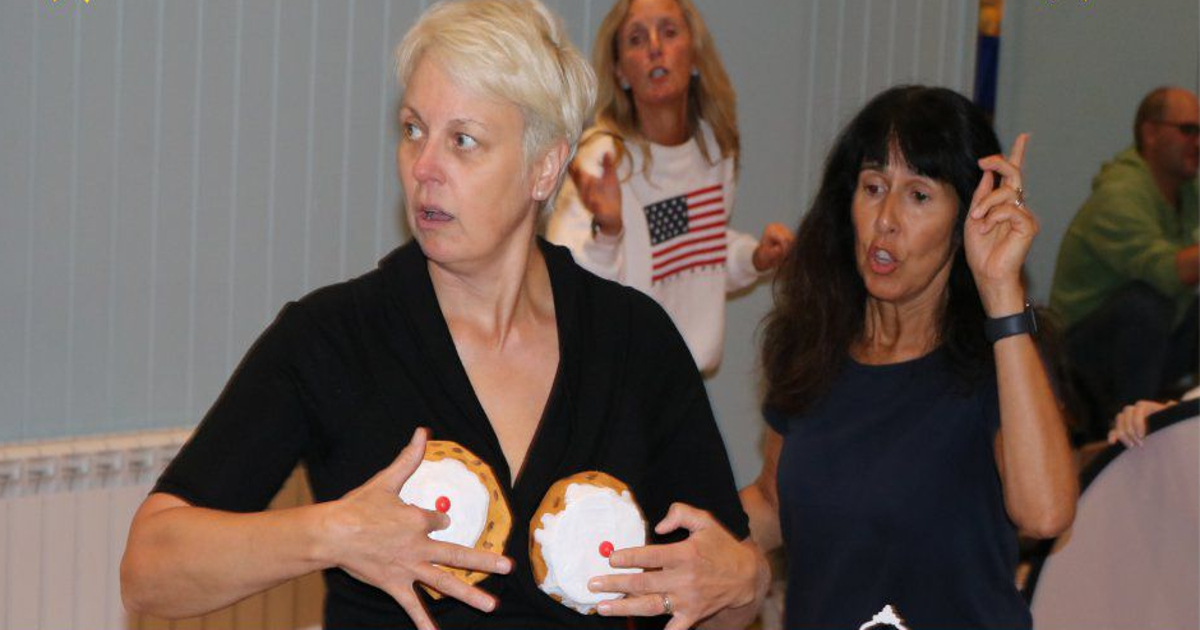 Helen Mitchelmore as Cora, and Apple Taylor as Ruth were beautiful, both funny and touching, with some solid ‘f*** you’ moments thrown in for good measure. Jo Kelly was hilarious as Elaine - a big impact with a minor character.

Dee White played WI leader Marie expertly, as she tried to keep the WI under control and win in the battle with the neighbouring WI branch.

Everyone who took their clothes off onstage have my utmost respect and awe. The choreography was excellent, meaning all the hidden things stayed hidden, but the courage needed to do this, not only in public, but to a local audience who will definitely recognise you in the pub, is beyond me, and I’m proud to just be near them!

It also helped that they all looked fantastic - as John said "Flowers of Yorkshire are like the women of Yorkshire. Every stage of their growth is more beautiful than the last. But the last phase is always the most glorious." The women of Devon are just as glorious.

There is ONE ticket left for tonight’s performance, as of 1.50pm!  www.ticketsource.co.uk/kingsbridge-amateur-theatrical-society 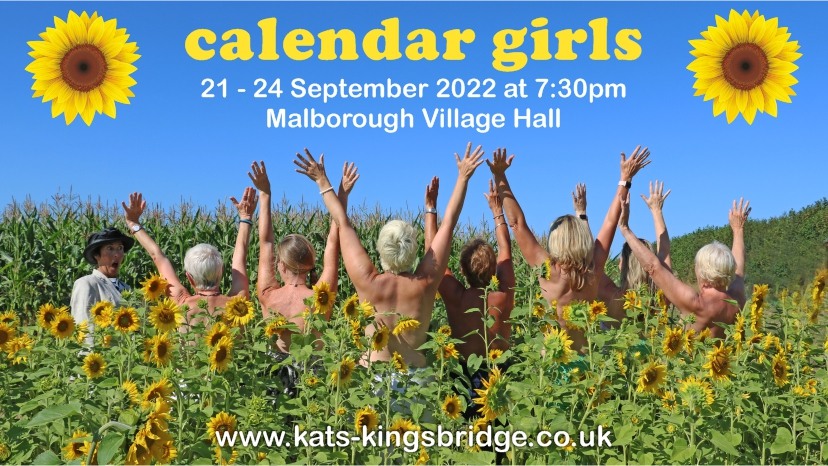 1 comment
Thank you, thank you.
September 24, 2022
Thank you for the crit - very complimentary. It makes the months of rehearsal so worthwhile.
Thank you for spelling my surname correctly - something even the BBC failed to do.
GD
Grant Davis
Report this comment Comments (0) | Was this comment helpful? 1 0