A landslide has occurred at the Lock’s Hill development site in Kingsbridge.

Lesley Hurrell, who lives at Rack Park Road, on the other side of the valley, heard the landslide happen as she was picking runner beans in her garden.

“There was a huge crash and a bang”, Lesley explained, “I looked over to the site because there is often diggers making noise, and I saw a big dust cloud coming off the hill.

“As I stood and watched, more slipped and I was concerned for the blue digger that was at the bottom of the hill at the time.

“It was so loud, I’d never heard anything like it before. It made me stop what I was doing.” 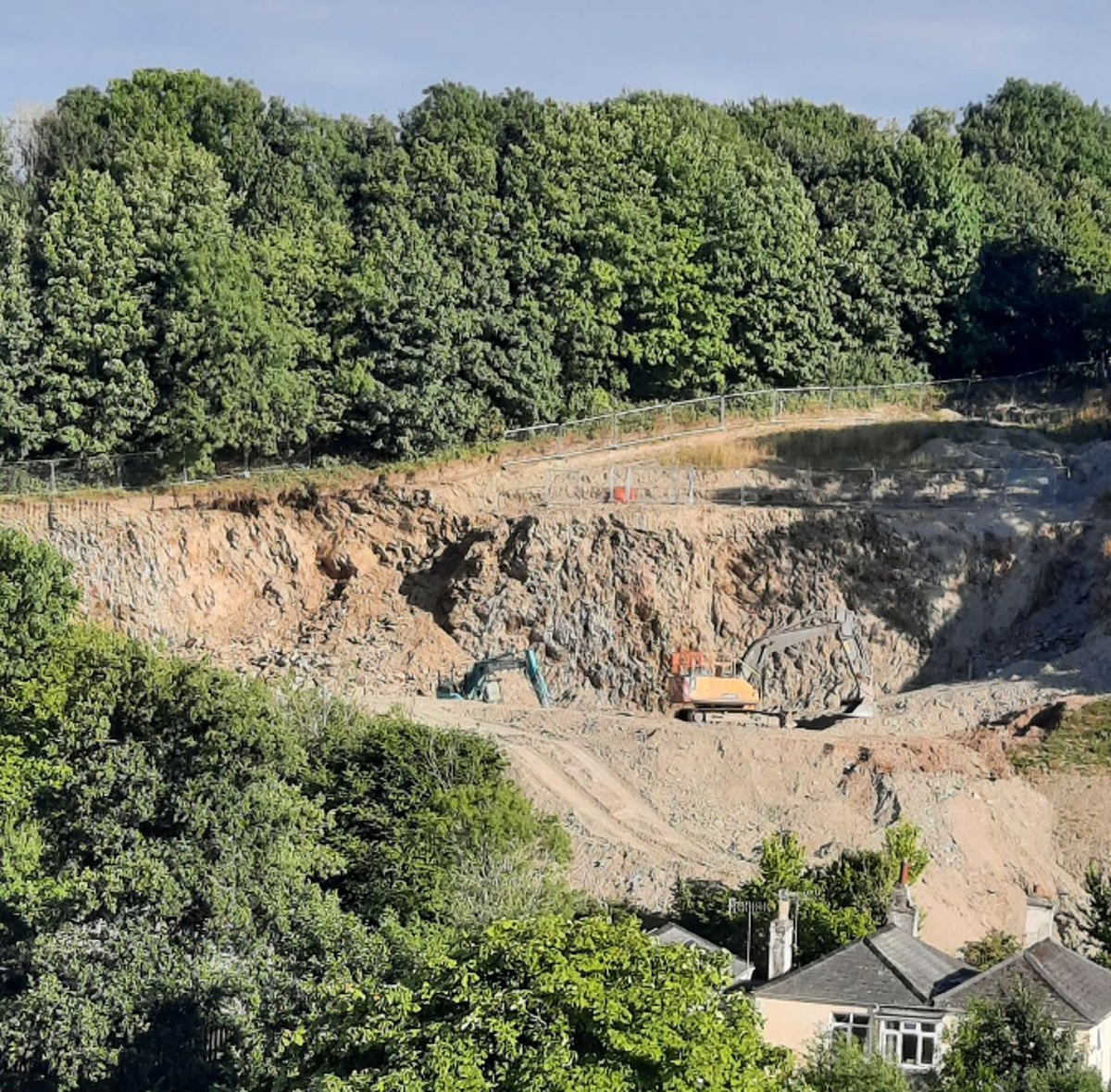 Lesley described the noise as “a loud rumble and then a whoosh”.

She said it was getting close to the bottom of the field and she worried about the road and access if there were any further landslides, especially in the future after bad weather or heavy rains. 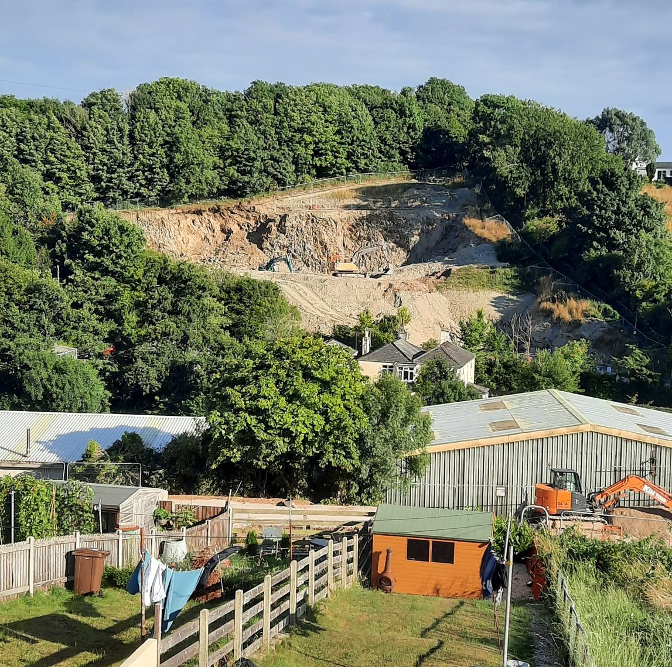 The Lock’s Hill development, also known as Garden Hill, has been a site of contention for various reasons over the months that it has been taking place and a planning inspector is due to visit the site tomorrow, Thursday, 4 August.

We reached out to Blakesley Estates Kingsbridge, and a spokesperson said they suspected it was “spoil on site waiting to be moved off site” but that they were looking to confirm that. We will update this story if we hear anything more or receive any further statement from Blakesley Estates.

Kingsbridge Celebrated Christmas last weekend and it attracted hundreds of people
Category: Events News
Kingsbridge Celebrated Christmas in a big way last weekend as the town was full to bursting with people, and the town square was alive...
SHDC commits to net-zero carbon emissions by 2050 "at the latest"
Category: General News
South Hams District Council commits to the Devon Carbon Plan, with the aim of reaching "net-zero emissions by 2050 at the latest". ...
Fire destroys caravan, car and a temporary structure
Category: General News
A fire has destroyed a caravan, a car and a temporary structure in Yealmpton.
Orchard Cleaning and Laundry also have a laundrette - make sure to check it out!
Category: Members' News
Orchard Cleaning and Laundry not only have an excellent changeover and domestic cleaning service, but they also have a laundrette.
MISSING PERSON: A body has been found in the search for Giles Battye
Category: General News
A body has been located in the search for 47-year-old Giles Battye.
Local author publishes his first book
Category: General News
A local author has published his first book, based in the South Hams and it is set to inspire wonder in all who read...
Featured