Two local scouts are raising £4,000 to go to be able to accept their invite to the World Scout Jamboree

Two local scouts have been invited to take part in the World Scout Jamboree in South Korea and are organising an orienteering event to get them on their way.

William Curzon and Lola Ladds, both Sea Scouts with the 6th Kingsbridge Scout Group, have been chosen to attend the 25th World Scout Jamboree in South Korea in 2023, as part of the Devon Contingent.

They were selected after applying and attending a selection camp, which took place over a very wet weekend in November. They now have several Devon-based training camps to look forward to.

Nikki Curzon, Scout Leader and William’s mum, said: “These camps will enable them to get to know each other and learn all about the Jamboree. Unfortunately, Storm Eunice cancelled their first camp, but they had a great day in Exeter on a 'Monopoly run' instead.

“They have just completed a camp in Torquay, enjoying various activities in the sunshine and making Korean stew, and they have another four camps spread out over the course of the next year.”

In order to attend, both William and Lola both need to fundraise just over £4,000 to cover equipment, training, and travel to South Korea itself. They held a ‘Duck Race’ back in April and raised £970 and have held various other fundraisers, such as washing cars, helping at the Flete ‘point to point’ horse races as well as applying for various grants.

Nikki added: “The Orienteering Day is their next major event. Fundraising this amount of money is a huge challenge, almost more daunting than attending the actual World Scout Jamboree, and therefore they are very appreciative of any donations made.”

The Orienteering Family Fun day is a way of encouraging families, friends or individuals of any age to get out and go for a walk in the woods. It can be competitive if they want (and prizes for the fastest/winning times will be given out), but it really is just an introduction to orienteering .... to follow a trail and see if you can find the marker and stamp the map. Refreshments are available too. 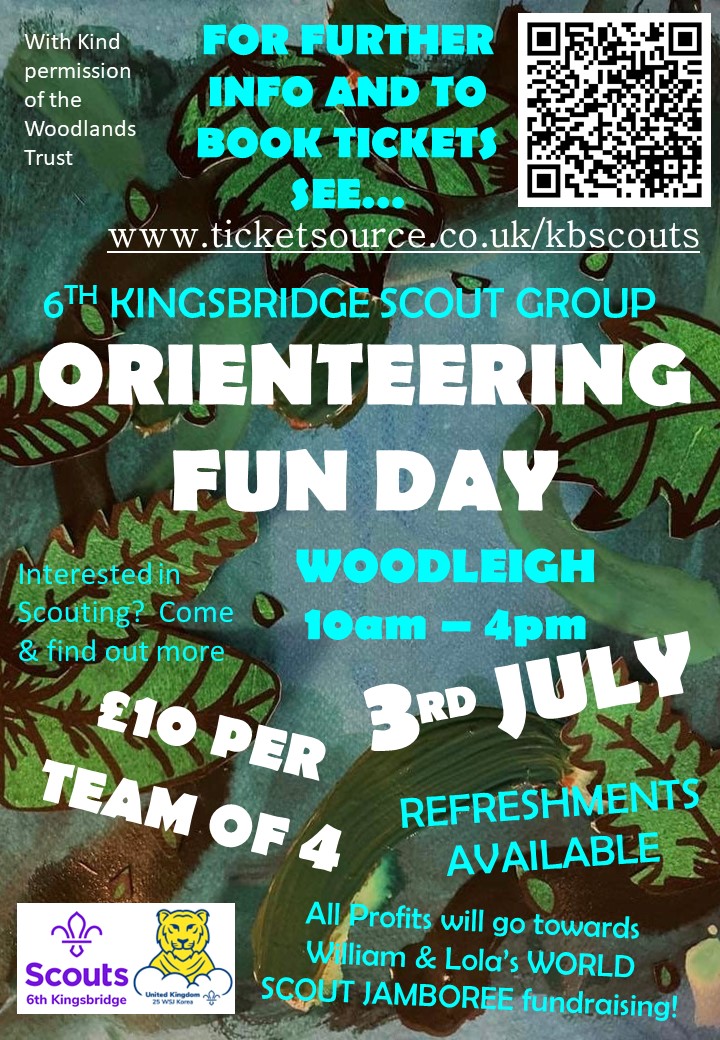 Lola said: “It means the world to be part of the scouting community let alone go the 25 WSJ. I can’t wait to meet new people from different cultures, and encounter exciting challenges. Scouting is like a second family to me and I can’t wait to celebrate it in South Korea.”

William said: “I’m really looking forward to going to the world scout jamboree in South Korea as it will be an amazing once in a lifetime opportunity to represent the UK and meet lots of new people, alongside doing many fun activities!”

40,000 Scouts from across the world will be attending, including 72 from Devon, but William and Lola are the only two who have been selected from the South Hams.

The World Scout Jamboree is between 1 and 12 August 2023 and will contain lots of fun, cultural and adventurous activities.

For more information on the event, visit the Event Page.