Dartmouth's 176th Regatta was "a week to remember"

The Port of Dartmouth Royal Regatta turned the town into "THE place to be" over the last week as everyone came together to have a great time.

The sun shone, and the town was busy but everyone respected the additional Covid precautions and organisers said the whole event had a "lovely, friendly vibe".

The official opening ceremony on Wednesday, 25 August, "went off without a hitch" and HM Royal Marine Band performed "beautifully", following the small but successful Kon-Tiki Raft race and a Family Funday, including the Regatta Dog Show, with a record number of entries, and from there the week "just got better and better". 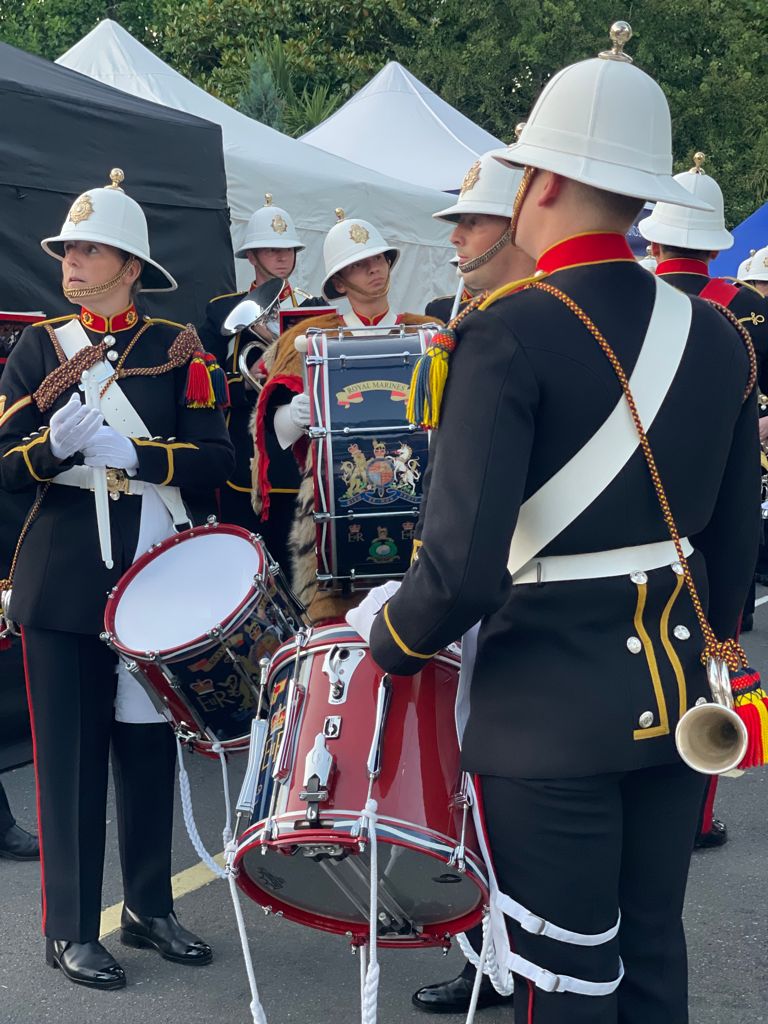 The Coronation Park Arena was full of live music with the Sundowner, School Disco and Big Band Bight, including performances from I Love Amp, Blue Funk Allstars, Billy Baker and James Sax, an ABBA tribute band and the Magnificent Buble to mention just a few.

John Suchet was in attendance and introducing the music at our Big Band Night, and he dedicated the concert, at the request of the Coronation Park crew, to Sid Davies. Sid was the conductor of the BRNC Volunteer band, and manager of the Flavel Arts Centre, who sadly passed away in May from Motor Neurone Disease. Organisers called it "a fitting tribute to our chum". 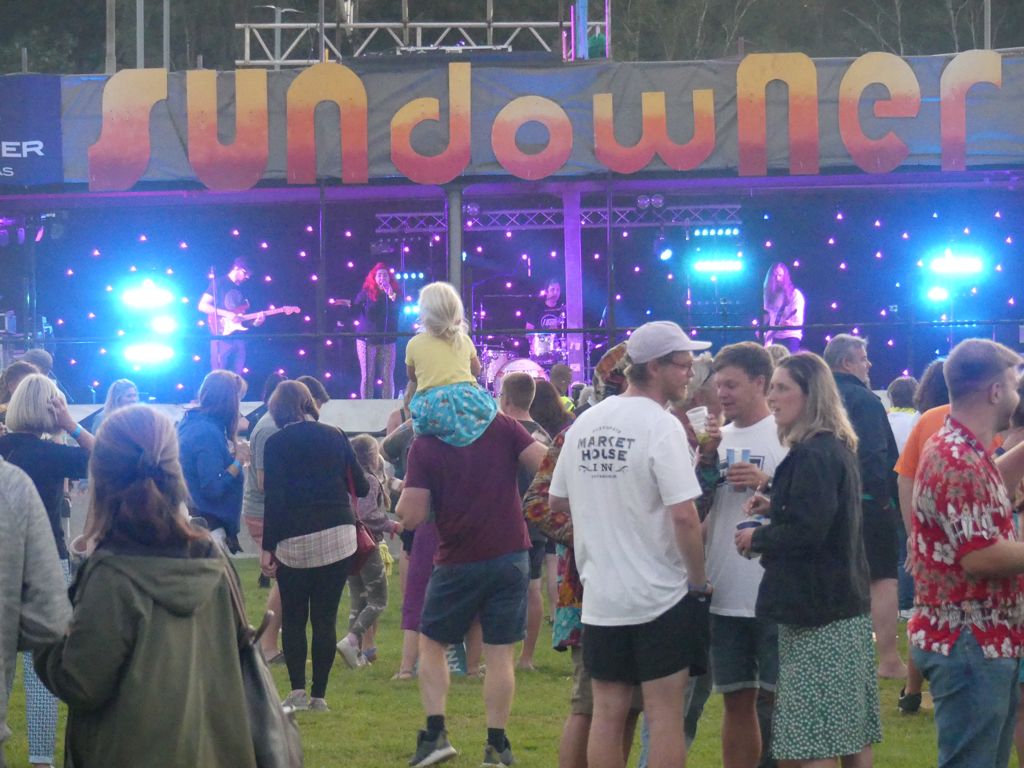 Crowds were wowed by a fly past from two Spitfires, watching the Newfoundland dogs rescuing some 'casualties', a super exciting RNLI Rescue demo, a mad Ice Cream Eating competition (apparently the kids inhaled more ice cream that you can put in a tub in seconds), Flyboarding (think water jet pack) displays and even a surprise flyby from the Red Arrows to say hello to their favourite town, on their way home from Sidmouth Air Show.

An event that always attracts big crowds is our Friday Fun Morning on the Boatfloat Bridge. Waiters race with pints, barrels are rolled and the infamous Trolley Grand Prix takes place with much merriment and a huge amount of water throwing. The regatta committee said: "The organiser and committee member Jonathan Hawkins took the brunt of many water buckets though and took about 24 hours to dry out! It really was so lovely to see everyone enjoying the fun." 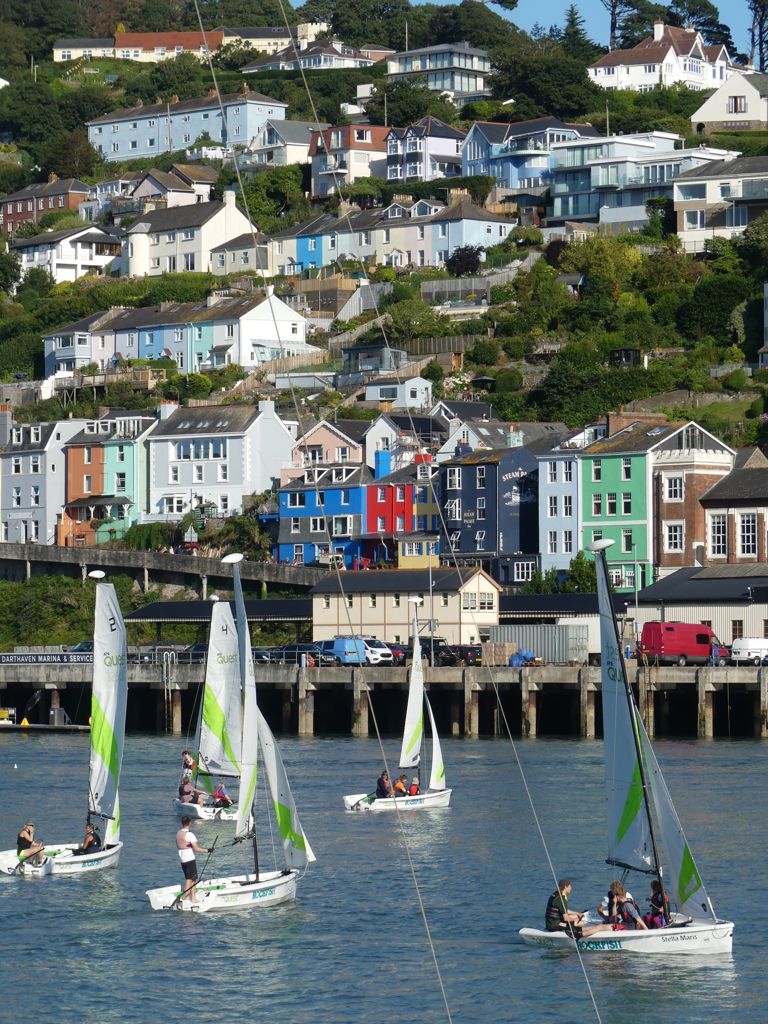 Another fun event with record entries this year was the unique to Dartmouth Bungee Rowing Competition. It is very highly organised, not. You just turn up, get in a boat and try and row as far as you can whilst attached to a bungee rope. It is very difficult indeed! Among the entrants were the Navy crew from HMS Puncher (who sadly came last!), the Market House, Bar 1620 and even a couple of crowd scratch crews as well as a hurriedly cobbled together Regatta committee crew. Our youngest competitor was Thomas, who at just 15 was roped (excuse the pun) into joining in by his granddad from the crowd!

Organisers said: "As part of the Port of Dartmouth Royal Regatta’s programme of events, Dartmouth Mayflower 400 had a fantastic 71 registered participants plus a few random ‘guests' making up numbers on the afternoon of Saturday, 28 August. We were delighted they could be a part of our historic event on Regatta Saturday afternoon.

"The event which was a simplified version of what was originally planned to be part of the Mayflower 400 commemoration last year, was carried forwards by the new Dartmouth Mayflower 400 directors Laura Campbell and Lindsay Ellwood."

Our local MP Anthony Mangnall was in attendance and even got out and about on the river to watch the rowing action as it unfolded. He used to row, so he is currently being "persuaded" to join Dartmouth Rowing Club! 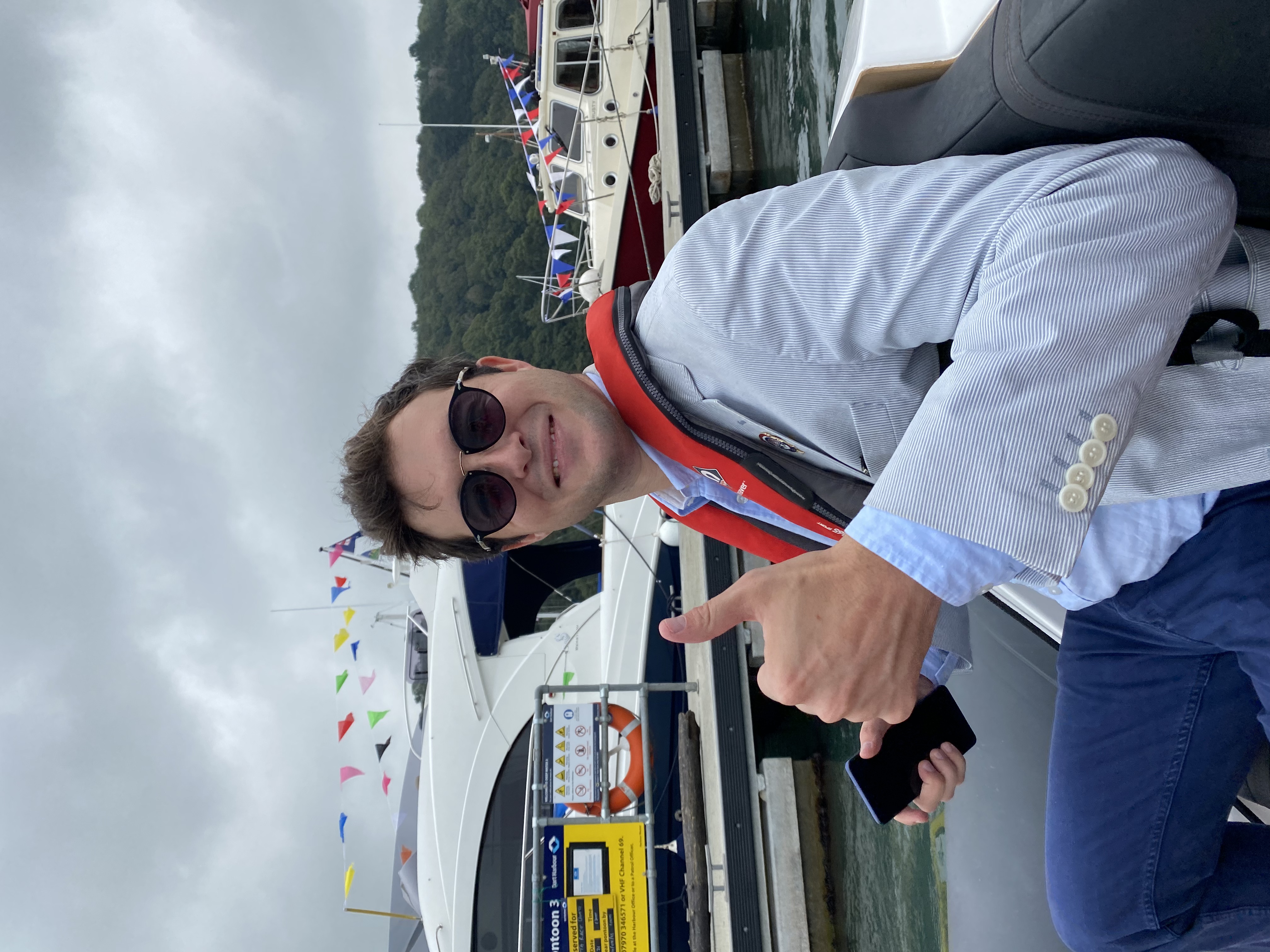 Local MP Anthony Mangnall came to cheer on the rowers

Dartmouth Royal Regatta Sailing week was well attended by crews from all over, and they had fabulous conditions for the Gaffers and White Sails races. HMS Puncher took some of our volunteers out to sea on Friday morning and John Lagdon said: "It was so wonderful to see so many yachts racing out in the bay. We don’t usually get to see it, and it was an awesome spectacle."

The week of sporting events including Golf, Darts, Bowls, Tennis and Road Races all culminated in a magnificent firework display before our Closing Ceremony.

The chairman and whole committee would like to extend "huge thanks to all of our sponsors, suppliers, helpers, volunteers, partners, traders, competitors, visitors and in fact the whole of Dartmouth and Kingswear for all their support and help in making Regatta 176 a week to remember."

Roll on 2022 – Regatta week runs 20-27 August with Official Opening Ceremony of the Port of Dartmouth Royal Regatta on Wednesday, 24 August. See you then!