If you’re struggling with withdrawal symptoms after the end of the Olympics, you can start looking forward to Paris, where you might just see local man Sam Stewart.

Ex-Kingsbridge Community College student Sam, 18, is a rising star in the world of the modern pentathlon, which involves running, swimming, riding, fencing and shooting.

He has also been a member of Bantham Surf Life Saving Club since the age of eight and was due to qualify as a beach lifeguard but this was hampered by Covid so he is hoping he can eventually complete it this year! He works as a lifeguard at Salcombe Swimming Pool in the summer. 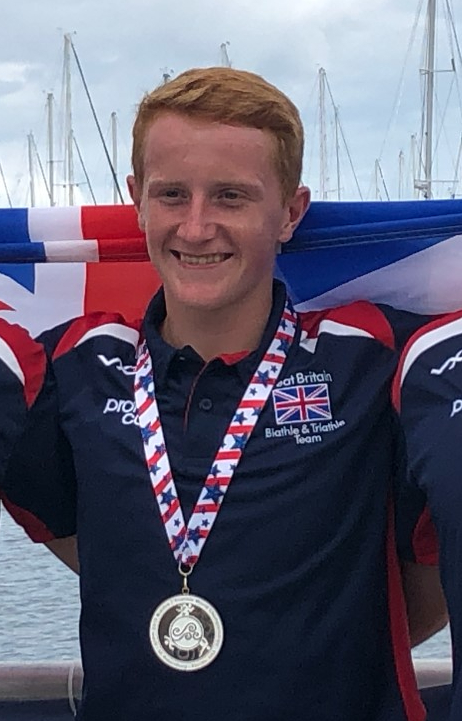 At the age of 15 he won a scholarship to Leweston school for the pentathlon.

Sam’s mum George said: “He has thrived with this support and it has really helped him to combine his academic studies with the demands of training for five sports! He is the schools’ deputy prefect too.”

Sam has just learned that he has made the grade and been awarded three As at A-Level, and therefore has been accepted by Bath University to study Sports Science, where he will also join their Olympic Team GB programme. 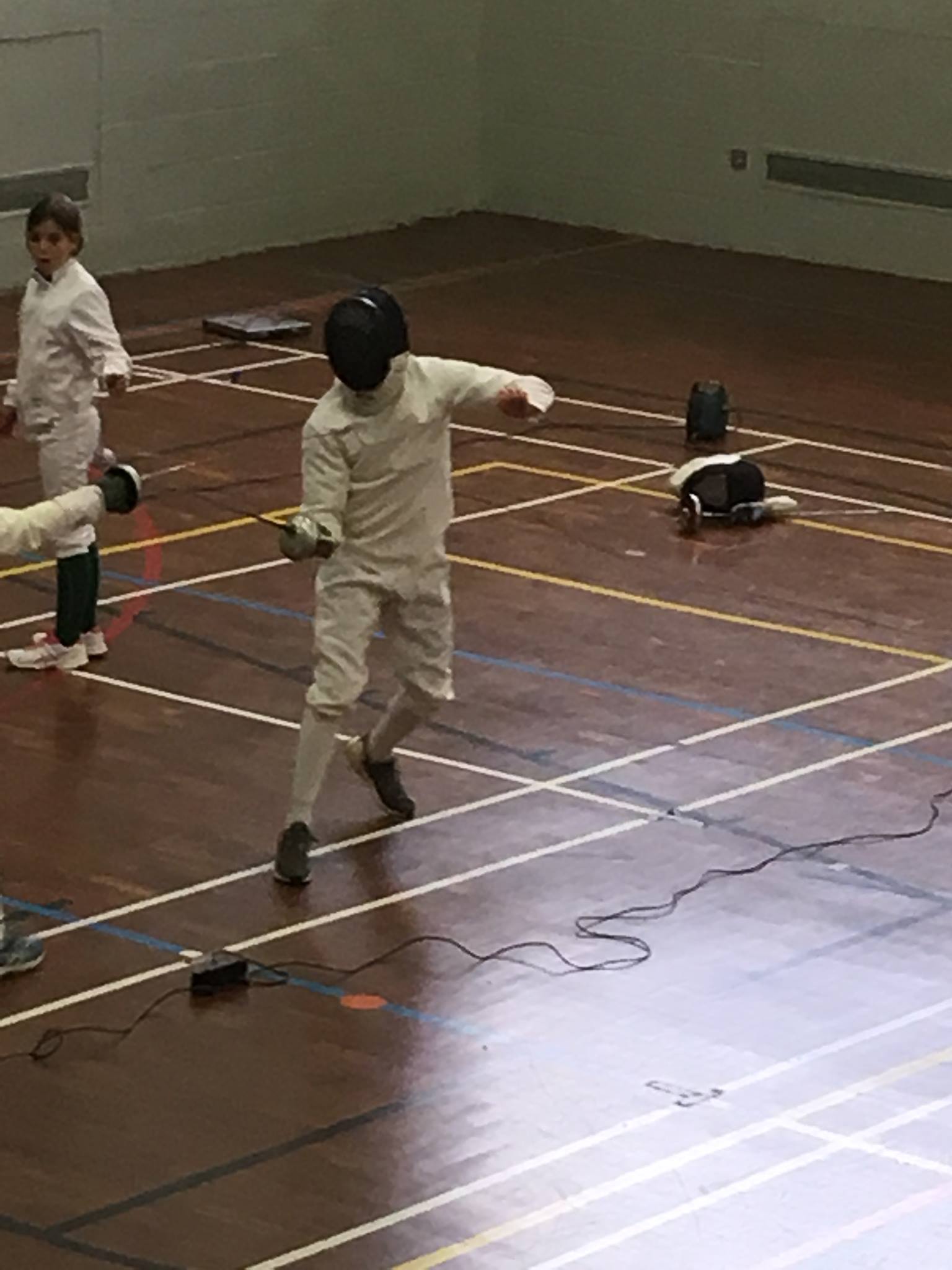 Sam was first noticed by a trainer for GB Pentathlon after a great performance at a GB Pentathlon National Biathlon Championships, which is just the running and swimming sections, at the age of 15, and he was encouraged to give the modern pentathlon a go.

He entered GB Pentathlon’s ‘Talent Pathway’ after achieving challenging qualifying times in running and swimming. He began to fence and shoot a laser gun, quickly showing potential and qualified for their GB team and went on to compete in America, Germany and Madeira, winning some rather nice medals including two team gold medals in America.

Those medals make Sam a world champion in triathle and biathle (triathle is a continuous shot/run and open water swim event and biathle a continuous run/swim event). Both are ‘development sub sports’ to enable young athletes to compete, gain practice and develop into the five sports. 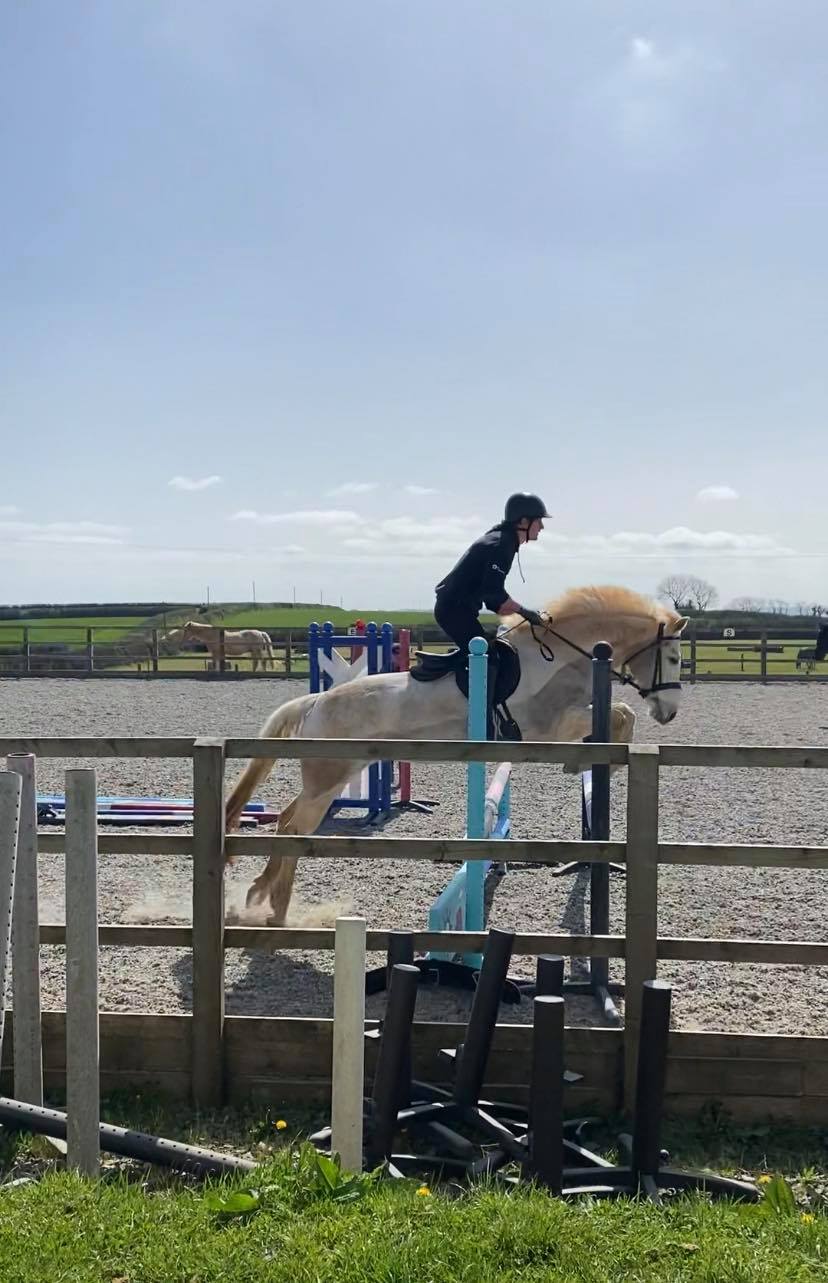 One of the more difficult sports to master is showjumping, especially since Sam hadn't really jumped on a horse before he reached Year 12. “I had to pick it up really quickly” he said. He has been supported in his riding by Alex and Emily at Dittiscombe Equestrian Centre and said the team there “supported me to keep training” through lockdown, along with his sister Jess and her two horses Romsey and Sunny.

“I go up there and help through the day and then I get a lesson”, Sam explained.

George said: “He was a member of South Pool Pony Club until he was 12 but was more interested in riding a bike than a horse, although he did do some pony club tetrathlons, which is a grass route event in running, swimming, shooting and riding.

“He took up riding again a year ago being trained by GB pentathlons coach Jeebena Maslin in Dorset and supported by the amazing Alex and Emily Farleigh, he is already confidently jumping courses of 1.2 metres and has achieved his Under 19 riding certificate despite the lockdowns."

Emily Farleigh BHSI, senior instructor and yard manager, said: “Sam is a hardworking young man who is a pleasure to work with and coach. He has improved so much with his showjumping. We wish him all the best in his future at Bath Uni.” 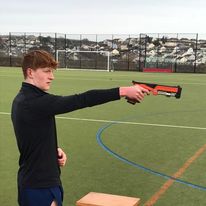 Another less well-known sport included in the pentathlon is shooting. Something that Sam says he has “recently improved a lot”. Using a laser pistol to hit a target, you have to do this while running an 800m course. “You have to really control your breathing” Sam explained, “your heart rate is up from the run so it can be pretty hard”.

His swimming has progressed and he received extra training and support from Plymouth Leander swimming club. He is an all-round swimmer competing at regional and national events in different strokes and distances, both in the pool and open water. 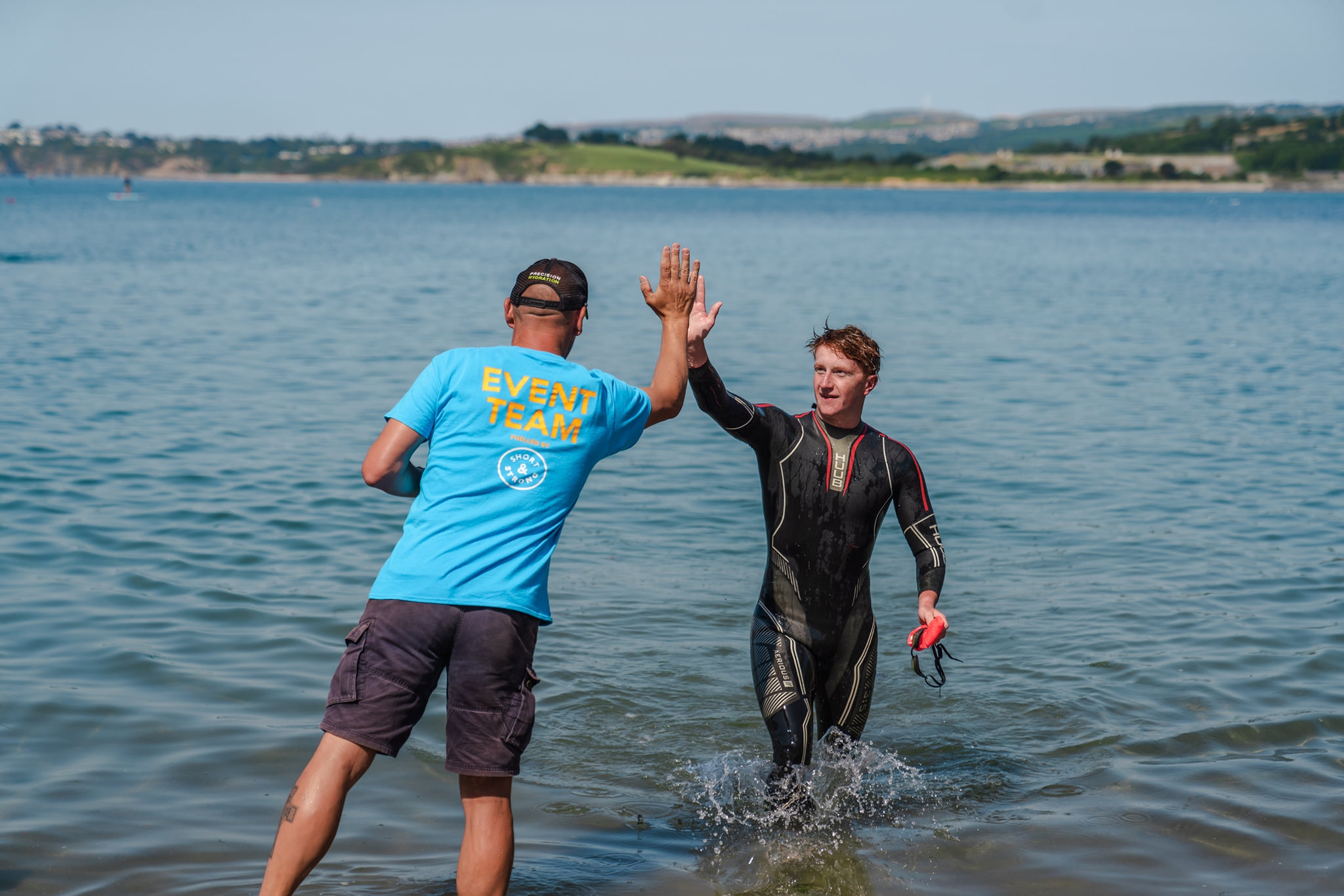 Sam’s current swim coach and mentor (and "general hero" according to his mum) when he is home from school is Jason Quiterio from Plymouth who encouraged him into open water swimming. He was South West regional champion at 15 and he still holds a number of club records at Kingsbridge Kingfishers.

Over lockdown, when all the pools were closed, Sam turned to one of his friends Abby, whose mum had a pool, and they offered to let him train in there to keep his fitness up and his training going, which he called a “huge help”.

Jason Quiterio, swim coach, said: “Sam is one of the hardest working athletes I have ever had the pleasure to coach. His focus, drive and work ethic will be an asset to him as he progresses as an athlete.

“Sam is nothing short of a machine that, when finely tuned, will certainly have a bright future.”

In this year’s Olympics in Tokyo, GB pentathlon won both golds, in the men and female individual, so Sam has some great role-models to follow in the footsteps of.

George called Sam "a very humble chap who keeps quiet about his achievements” but she thinks he needs to be celebrated, along with those who have supported him through his burgeoning career.

Good luck to Sam for everything his future holds and we hope to speak to him again when he’s been standing on an Olympic podium at some point in the future!