Three Salcombe RNLI crewmembers were honoured by HRH The Duke of Kent for risking his life to save the lives of two sailors.

Salcombe volunteer crew members Iain Dundas and Richard Clayton were awarded Bronze Medals for Gallantry for a challenging rescue of two people from a grounded yacht that took place in severe gale force winds in pitch black conditions in December 2020. Coxswain Chris Winzar was presented with Thanks of the Institution on Vellum for his professionalism, courage, and leadership under severe pressure. 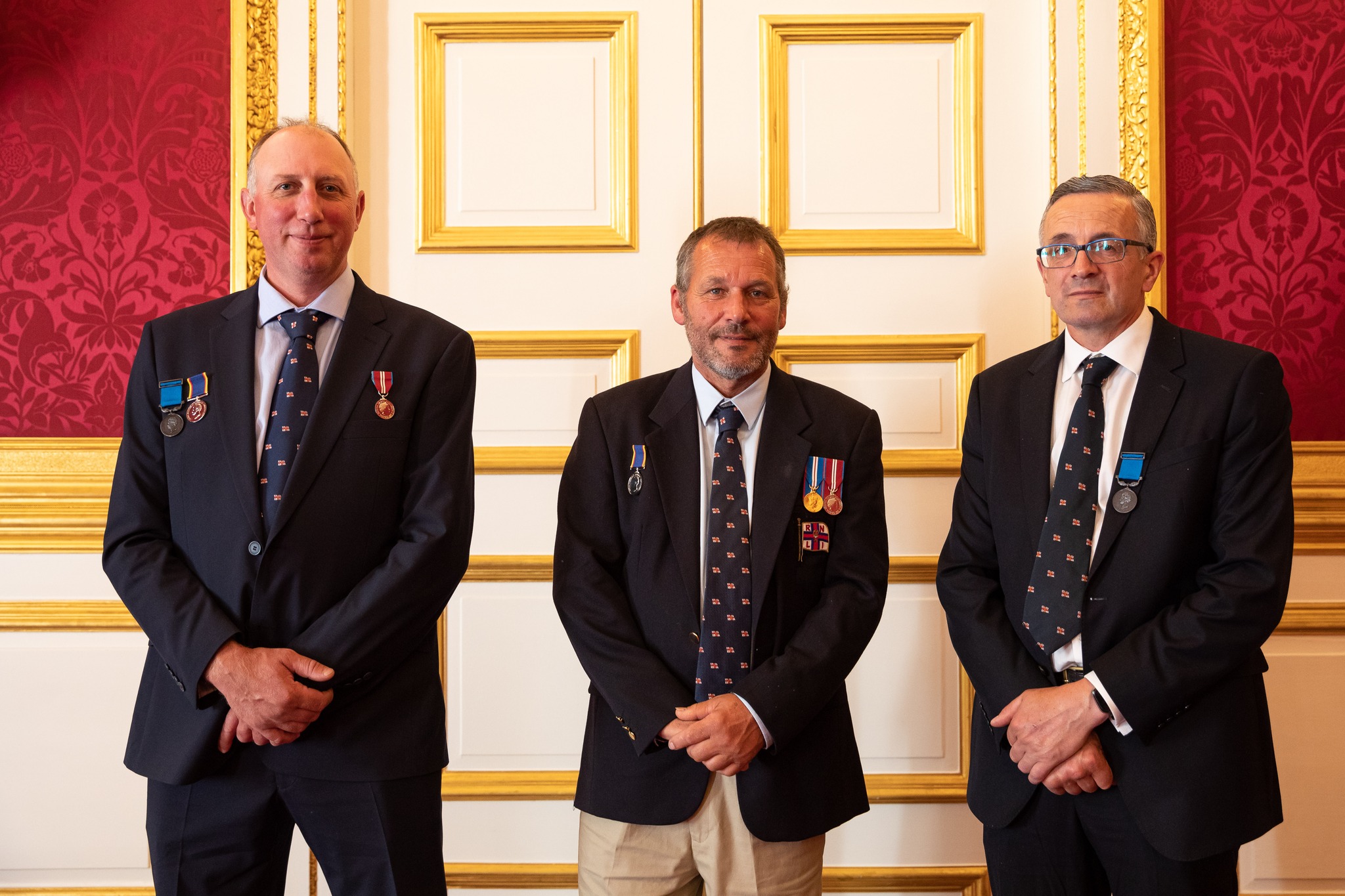 The rescue of the two sailors took place during the early hours of December 21, 2020. The lifeboat was tasked at 4.05am to search for a small 25ft yacht reported to be aground north of Start Point with two people aboard. Conditions were extremely poor, with south westerly winds of 30-40 knots, large waves, an ebbing tide and poor visibility.

Salcombe RNLI Coxswain/Mechanic Chris Winzar knew that the situation was critical for the casualties as their yacht was at risk of breaking up and their lives in danger. The only option available was to attempt the rescue with the lifeboat’s smaller daughter craft although it was incredibly risky in the severe conditions and on the limit of the boat’s capabilities.

The Y boat was launched from the ALB into the squally conditions, and the volunteers headed towards the yacht, carefully negotiating off lying rocks and turbulent seas. They entered the gully and approached the now semi-submerged bows of the yacht where the two casualties were eagerly awaiting rescue.

A message was passed to the all-weather lifeboat to inform them that one of the casualties was unwell and both were very cold and scared but were recovered onto the Y boat and transferred to the ALB and returned to Salcombe harbour. You can read the full story about this rescue HERE. 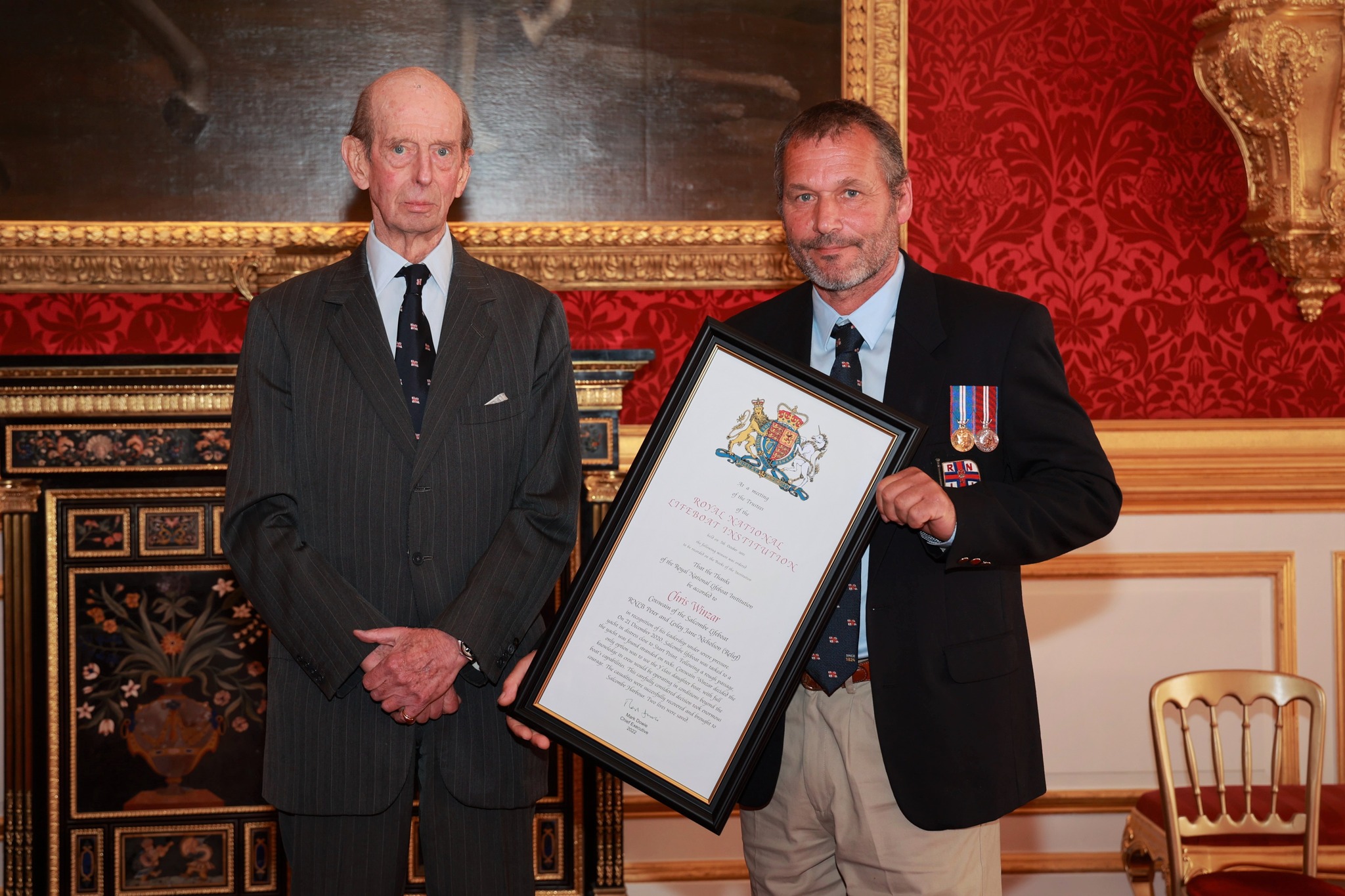 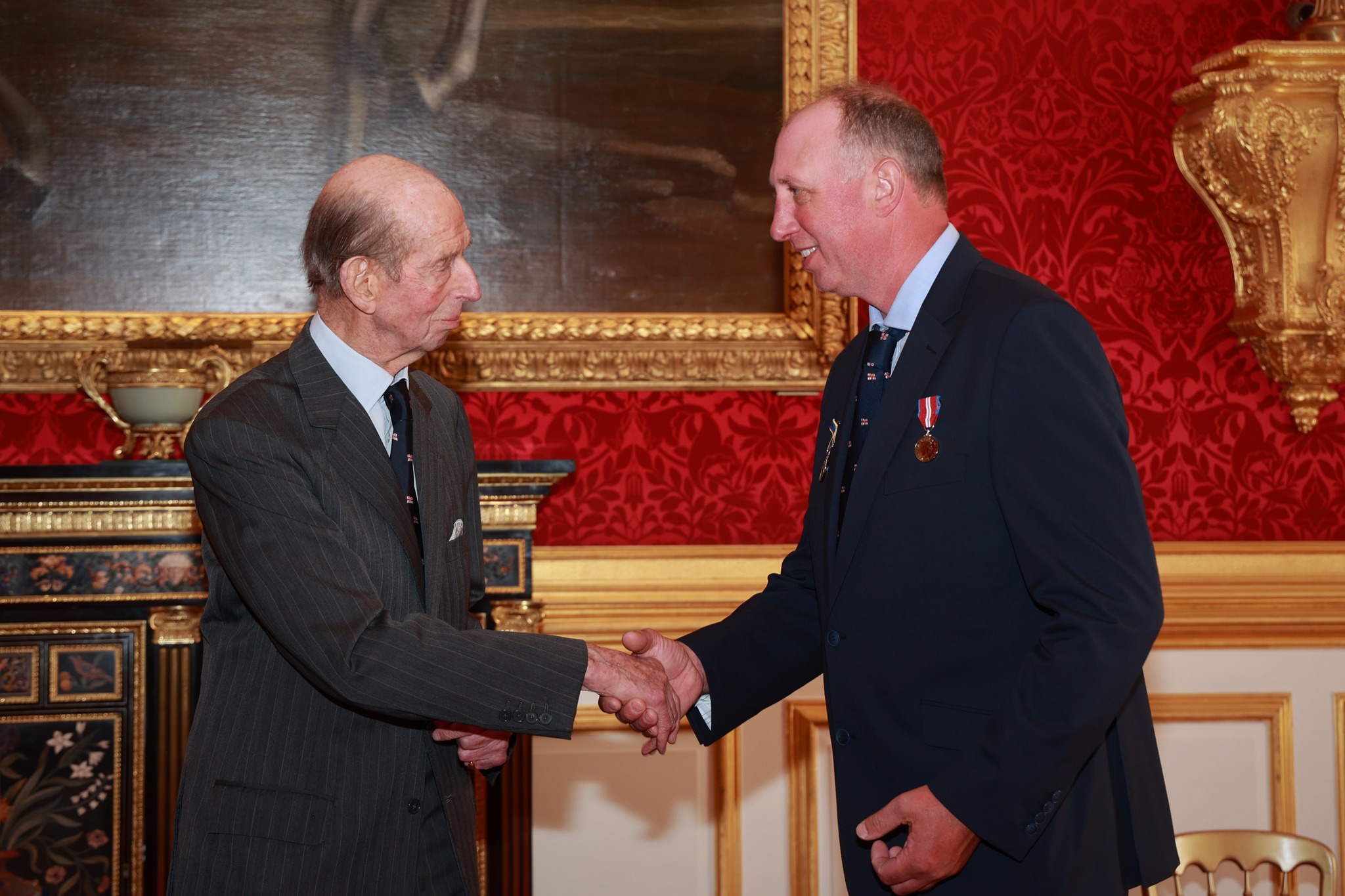 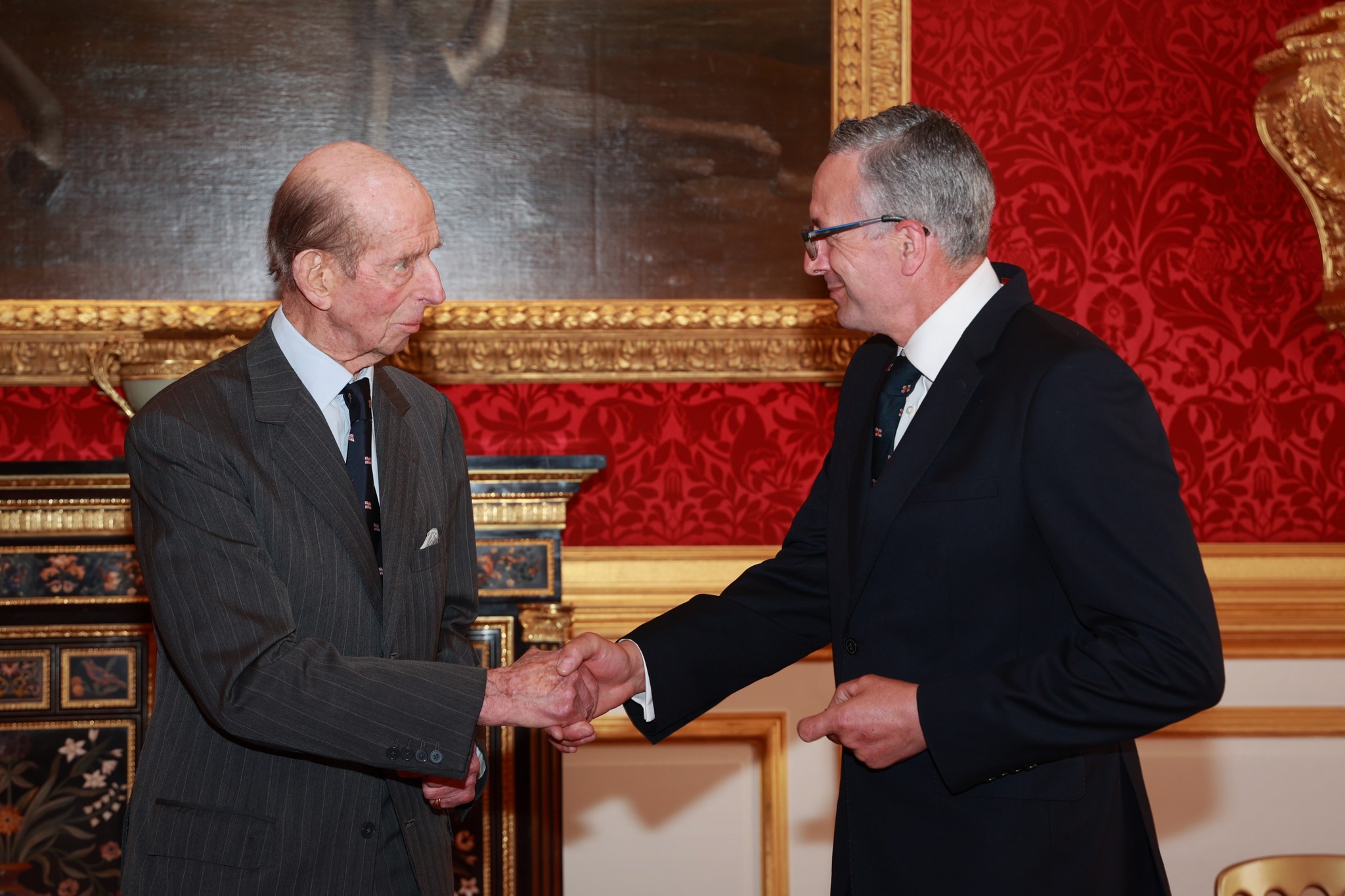 RNLI lifesavers from the south west were invited to join His Royal Highness The Duke of Kent at St James’ Palace on Friday, 27 May, to be presented with awards for lives they saved.

The Duke – the RNLI’s President – attended a lunch for the 16 volunteers and employees and their partners, including lifeboat crew from Salcombe, Castletownbere, Rosslare Harbour, Kilmore Quay, Dunmore East, Portrush, Trearddur Bay, and Hayling Island, along with RNLI lifeguards from Mawgan Porth in Cornwall.

A total of 12 RNLI Medals for Gallantry were presented to crew and lifeguards by The Duke and six crew were accorded Thanks of the Institution Inscribed on Vellum.

Mark Dowie, RNLI Chief Executive andformer lifeboat operations manager at Salcombe RNLI, said: "First awarded in 1824, RNLI Medals for Gallantry are the highest honours bestowed by the charity. They are awarded for saving life at sea and celebrate the courage, skill and dedication shown by our charity’s lifesavers.

"To receive their awards at St James’ Palace from The Duke of Kent is an honour and as the charity’s chief executive, I am humbled and proud of all our volunteers and employees that make up this incredible institution. Every one of them and their families give so much to the charity and our purpose of saving lives at sea."