Kingsbridge has a new Mayor

Kingsbridge now has a new Mayor, as Cllr Mike Jennings passes the job to his colleague Cllr Philip Cole.

The baton of Mayoral responsibility was passed from Councillor Mike Jennings to Councillor Philip Cole at a meeting of Kingsbridge Town Council on Tuesday, 10 May.

Cllr Jennings said: "The past two years have been very different to what I was expecting but all the same, life has to go on. I've truly enjoyed my time as the Mayor of Kingsbridge, its been an absolute privilege and an honour to serve our amazing community and its residents.

"I would like to thank all of my fellow councillors, past and present, for allowing me this amazing opportunity. I would also like to wish Cllr Philip Cole all the very best in his term as Mayor, I'm sure he will be a lot busier as things start to get back to normal." 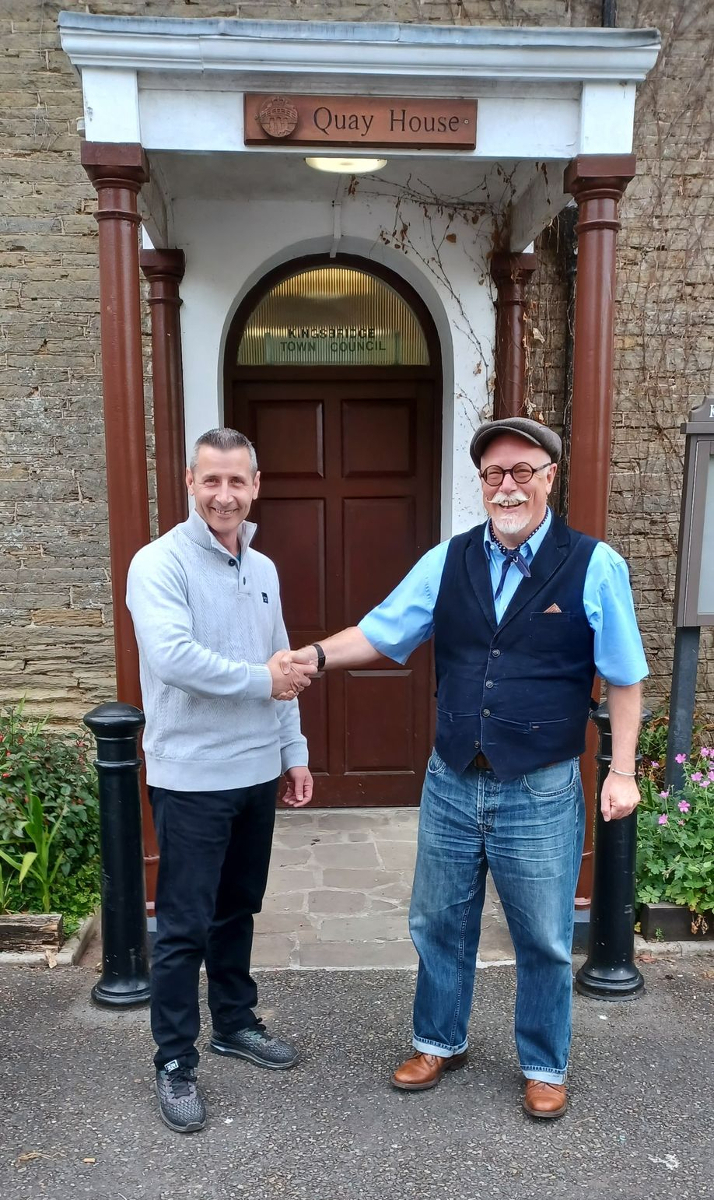 Cllr Cole said: "I was delighted to be elected to the position of Mayor of Kingsbridge. I'd like to pay tribute to my predecessor, Mike Jennings, who has had to lead the town through a very difficult time over the last two years. Thank you Mike!

"I'm pleased that Kingsbridge seems to be bucking the trend - in that our main shopping street (Fore Street) is very much above-average in the number of independent shops which remain open and are thriving.

"However, I am really concerned at the lack of meaningful affordable housing in the town - and it is my intention to explore every possible means to remedy this situation - and am already in discussions about this. Watch this space.

"I am also looking forward to celebrating the town's annual events again with both residents and visitors. It is a great honour to work alongside the team of dedicated fellow councillors, Town Clerk, Quay House staff and other volunteers."