A planning application to convert the Coronation Boathouse in Bantham into a seafood restaurant has been submitted.

The application has attracted support online, with 86 letters in favour uploaded to the South Hams District Council planning portal, compared to just 19 letters of objection. 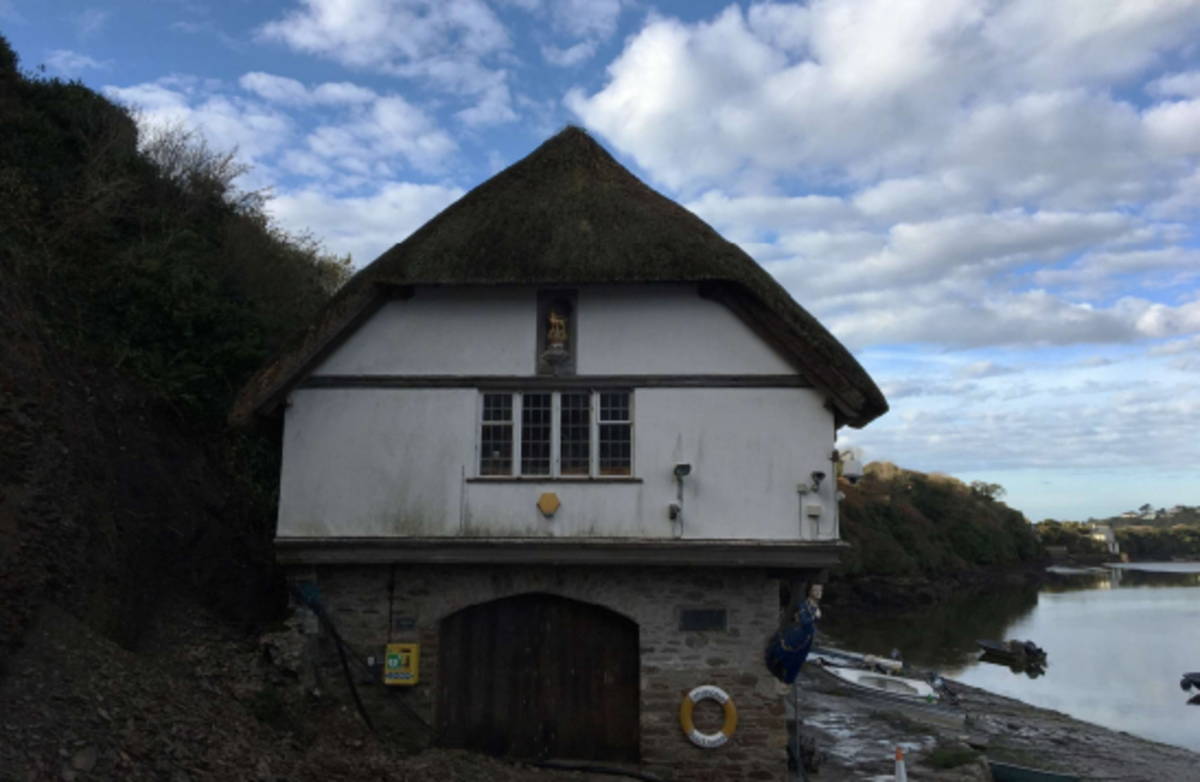 The application explains that the boathouse was built in the 1930s and the applicants intend to create a seafood restaurant/café focusing on "local and seasonal seafood" and the only external changes proposed is the installation of an "extraction and ventilation system for the restaurant kitchen area that will require a steel vent to be installed in the south elevation of the building".

"The boathouse was erected by Lt Commander Charles E. Evans to commemorate the accession of George VI. Today, it is still owned by the Bantham Estate and is used for boat repairs, storage and most recently, for the building of the traditional Bantham boats. The boathouse is a very distinctive thatched building with a couple of striking figureheads attached to the two front corners of the building: one of which represents Lady Jane Franklin, whose husband (the Arctic explorer Sir John Franklin) fought at Trafalgar and died in 1847 after his ill-fated trip to the North-West Passage."

The application states that the boathouse is currently "underutilised" and that "its age and structural condition makes it unsuitable for boat building and boat repair in the future". It states that the the winching and lifting of boats to the first floor "has been identified as a health and safety issue" and the landowners' insurers "do not advocate the future commercial use of the boathouse for boat building and boat repair". 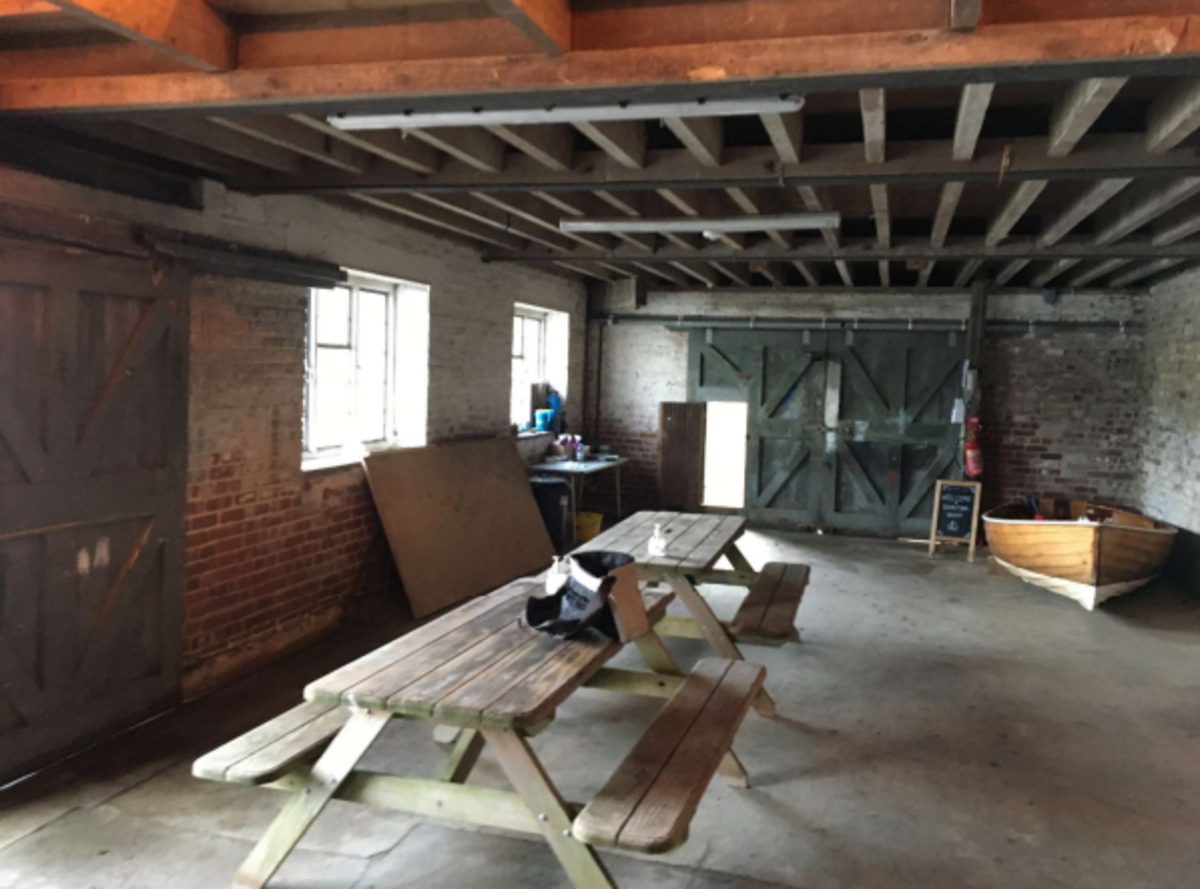 The inside of the Coronation Boathouse, Bantham

The flood risk assessment for the boathouse explains that the building lies "partially in a flood zone". It states that "the boathouse and the quay have been known to flood when there are exceptionally high tides" but that the landowner calls these events "rare" and that "over the years the building has proven to be resilient to the ingress of tidal water".

Deborah Kavanagh, Kingsbridge, supports the application, saying: "I fully support this application and think it will enhance the offering available in this special area. As with their other cafes, it will blend in seamlessly with the area and will be popular with tourists and locals alike."

Rosalind Ashley, Totnes, also supports the application, writing: "A boathouse restaurant/cafe sounds like a wonderful use of space, and reflects the beauty and rustic coastal feel of the much loved Bantham. Covid has proved that we must support local businesses, and turning the empty boathouse into a beautiful restaurant sounds like a perfect step towards supporting our local economy!"

Rachel Billinghay, Ivybridge, is also in support. She says: "I support this application - provides support and jobs for the local community and an extra great place to eat in Bantham in what would otherwise be an unused building."

Grace Papenfus, Kingsbridge, disagrees, saying: "This area of coastline is already under immense pressure due to overcrowding and tourism. There are very few areas remaining that have not been monopolised and this particular stretch of river remains wonderfully untouched and unpolluted in spite of Banthams increasing popularity.

"I cant see how a cafe/restaurant situated this close to the water could possibly avoid any harm coming to the estuary's ecosystem, simply a napkin or a biodegradable packaging item blowing into the water could have horrible consequences. Not to mention the potential for intoxicated swimmers putting an unnecessary strain on the beach's lifeguards who are already under a great deal of pressure in the summer months.

"The noise pollution would also be a major issue due to the shape of the estuary, anywhere up or down from the boat house would be effected by noise echoing through the valley which could frighten animals and prevent local people from having any peace. Finally, the levels of traffic to and from this area are verging on unmanageable.

"This facility would obviously encourage more traffic in the lanes which would lead to an increase in accidents and pollution."

If you would like to view or comment on the application, click here. Or visit the South Hams District Council planning portal and search for application number 0332/21/FUL.

All images taken from the 0332/21/FUL planning application on the South Hams District Council planning site.

2 comments
Application withdrawn 12 March
April 16, 2021
The council planning site contains an email withdrawing the applciation on 12th March
T
TheGreenFrog
Report this comment Comments (0) | Was this comment helpful? 0 0
Ms
March 26, 2021
I agree with Grace P .
We need to keep this stretch of the Avon free from commercialisation .
The roads and access are very unsuitable for this venture .
I have been swimming in the Avon all of my life and feel we need to keep this unique an so far unspoilt area for future generations .
The Sloop is a really Great place for food, and otherwise you can bring your own or support the food buses .