Sean Fletcher and Rob Pooley arrived in Kingsbridge this morning, Thursday 14 July, to judge the town's entry in the South West In Bloom competition where they will battle it out with Crewkerne in Somerset. 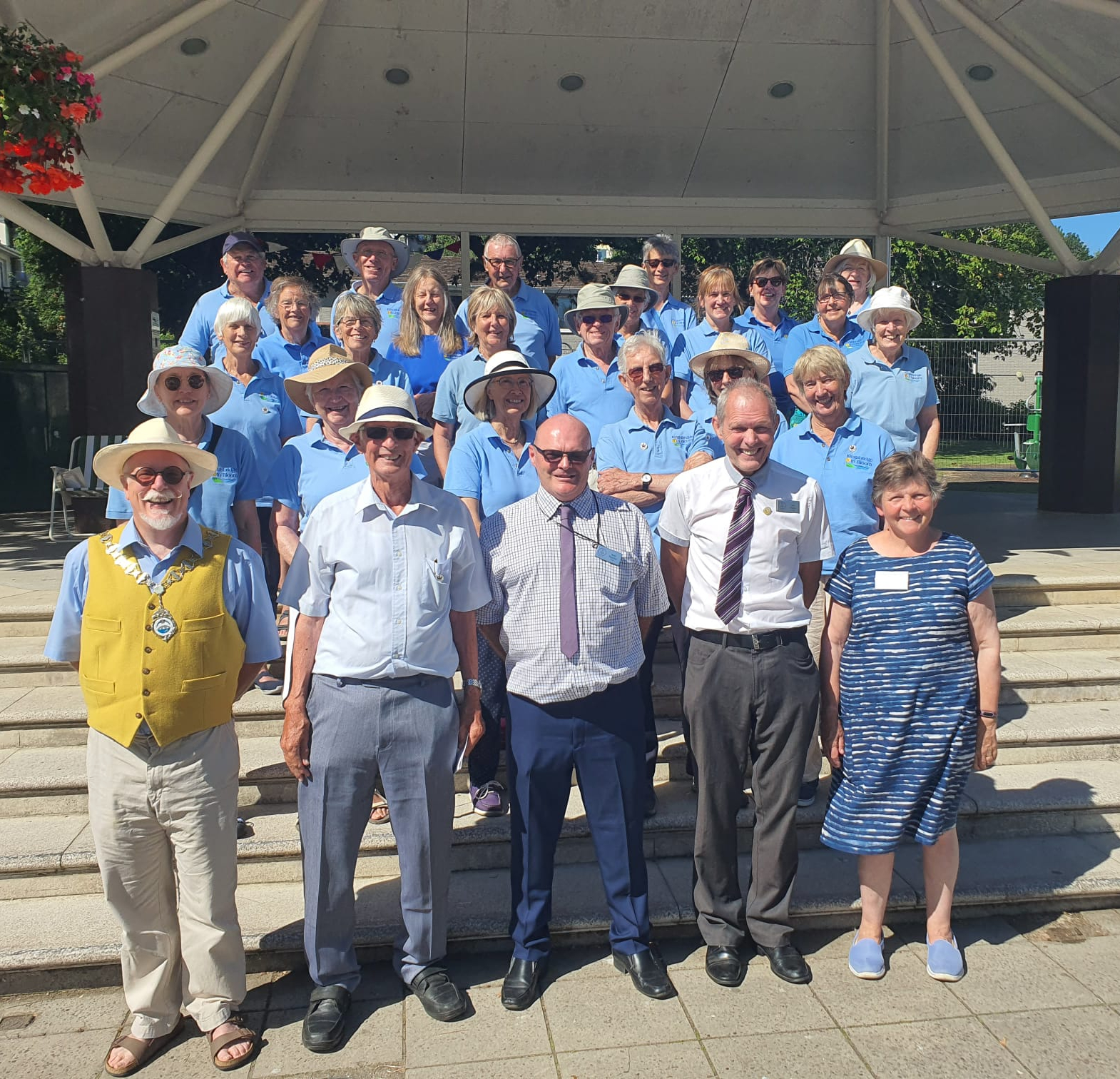 Sean and Rob said they were looking for the "community effort", "sustainability" and overall environment when judging the town's displays, adding "it's not just about the flowers".

Kingsbridge Town Crier Roger Pinder, proudly welcomed the judges from the bandstand on the town square (see the video below) and incorporated Her Majesty the Queen's Platinum Jubilee cry, a theme that has continued through the town's floral displays.

While wishing the group luck, Kingsbridge Mayor and chair of Kingsbridge Town Council, Cllr Philip Cole, said: "Kingsbridge In Bloom isn't just about making the town look beautiful, although it does, its about people's wellbeing. It's a group of lots of different abilities coming together and offering each other companionship and support.

"It is a real boost to people's mental health, it's a really supportive group."

Good luck to the Kingsbridge In Bloom team from everyone at SouthHams.com!