Two in hospital after collision between car and motorbike

Two people have been taken to hospital after a collision between a motorbike and a car.

While the air ambulance attended the scene, both drivers were taken to hospital by land ambulance after being treated by paramedics at the scene.

It is not thought that either driver is suffering from life-threatening injuries. 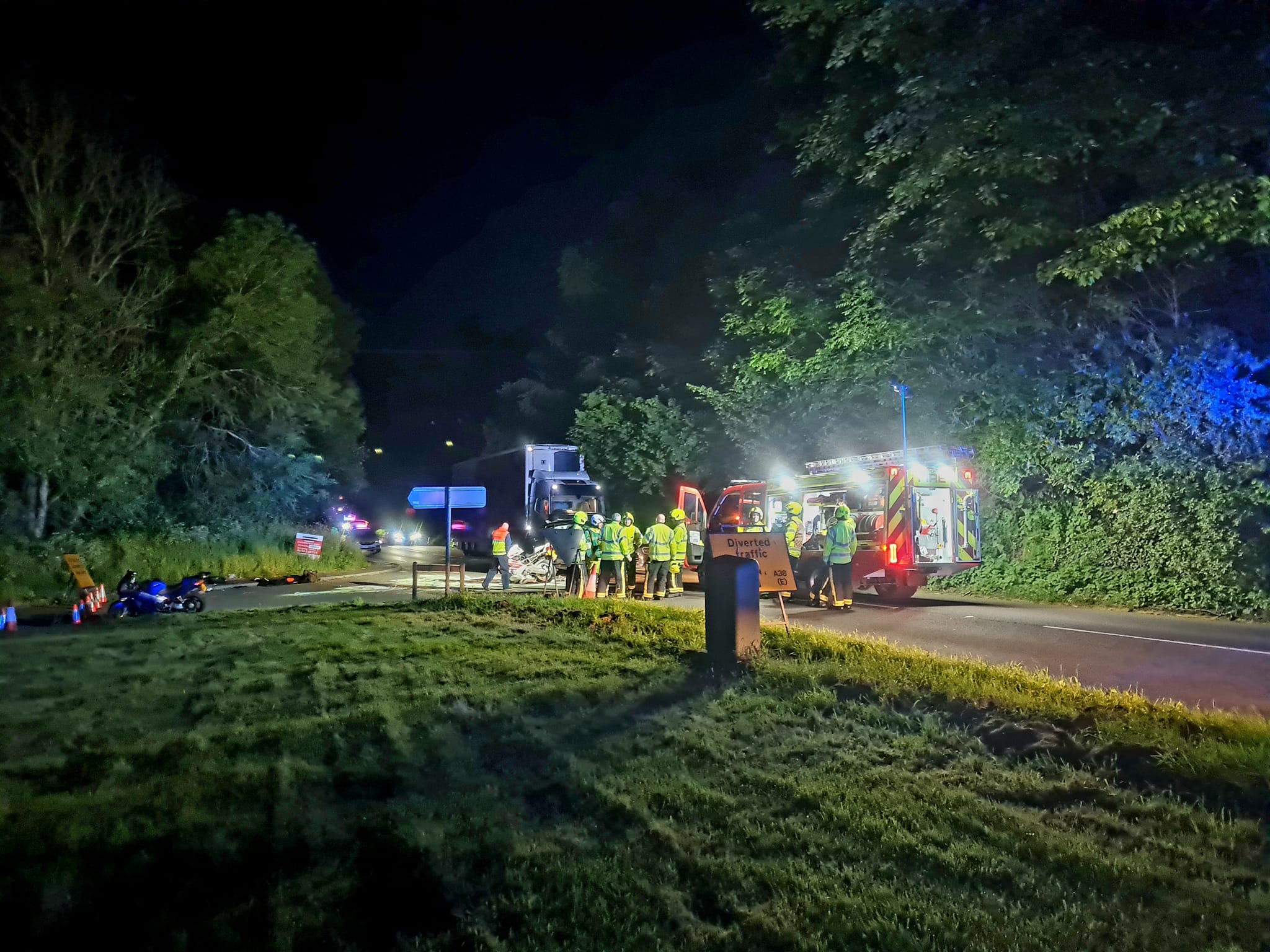