The event, which began on Sunday, 15 August, saw a fleet of UK Sail Training youth charities sail from Southampton to Dartmouth, retracing part of the route taken by the Mayflower and the Speedwell in 1620. Originally billed as the Mayflower 400 Small Ships Race last year, the event was postponed due to the Covid-19 pandemic.

Sail Training vessels use the experience of being at sea to teach young people about resilience and overcoming challenges, while having fun and making new friends. 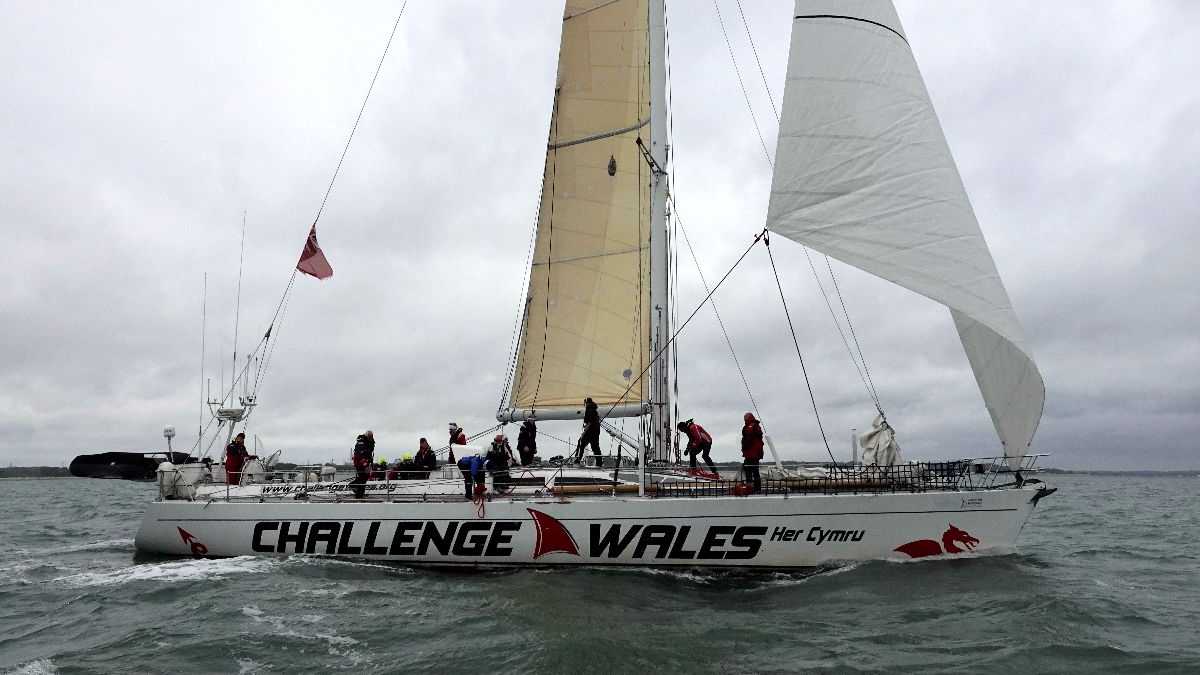 Challenge Wales was the first across the finish line

Dartmouth Mayflower 400 had sponsored half of the crew onboard Prolific, with the Royal Dart Youth Sailing Trust sponsoring the other half.

Lindsay Ellwood, Director of Dartmouth Mayflower 400 said: “It was so good to see Prolific moored in the river with the other boats, with her young crew on board, and we were able to congratulate them on their achievement […] It was clear from the faces of the young crews that they had gained a lot from this fantastic experience. They have much to be proud of.”

The race began at Southampton’s Ocean Village Marina and saw the vessels round the eastern end of the Isle of Wight before making their way West again towards Dartmouth. Strong winds and rough seas battered the fleet but amongst the crews, spirits remained high. Many of the young people had not sailed before, let alone through the night in difficult conditions. The first vessel to cross the finish line just south of the Mew Stone was Challenge Wales’ 72ft yacht, Challenge Wales, shortly followed by Morning Star Trust’s Sigma 38, Eastern Star.

The prize-giving had to take a different format this year with trophies, prizes, and cakes being hand-delivered to the winning vessels moored in Dart Harbour by way of water taxi to limit social interaction.

John Ellwood, who organised the prize-giving on behalf of Dartmouth Mayflower 400, in conjunction with the Royal Dart Yacht Club said: “It was great to see the sense of achievement and camaraderie amongst the crew members. This is a life-changing experience, and what Sail Training is all about.”

This event was the first opportunity for Sail Training vessels and young people to gather since the lockdown. Since mid-July, over 30 Sail Training charities have been finally able to provide young and disabled people with life-changing, positive, experiences.

Visit www.uksailtraining.org to learn more about ASTO, Sail Training, and the positive work the UK Sail Training member organisations do. To find out more about other Mayflower 400 commemorative events in the South, visit: www.dartmouthmayflower400.uk

A video of the prize-giving is available on the UK Sail Training Facebook page here: www.facebook.com/uksailtraining