More than ten fire engines were called overnight on Tuesday February 15 to a house fire in Aveton Gifford.

The fire involved an oil tank and two vehicles near the property too. The strong winds overnight fanned the fire making the problem worse. 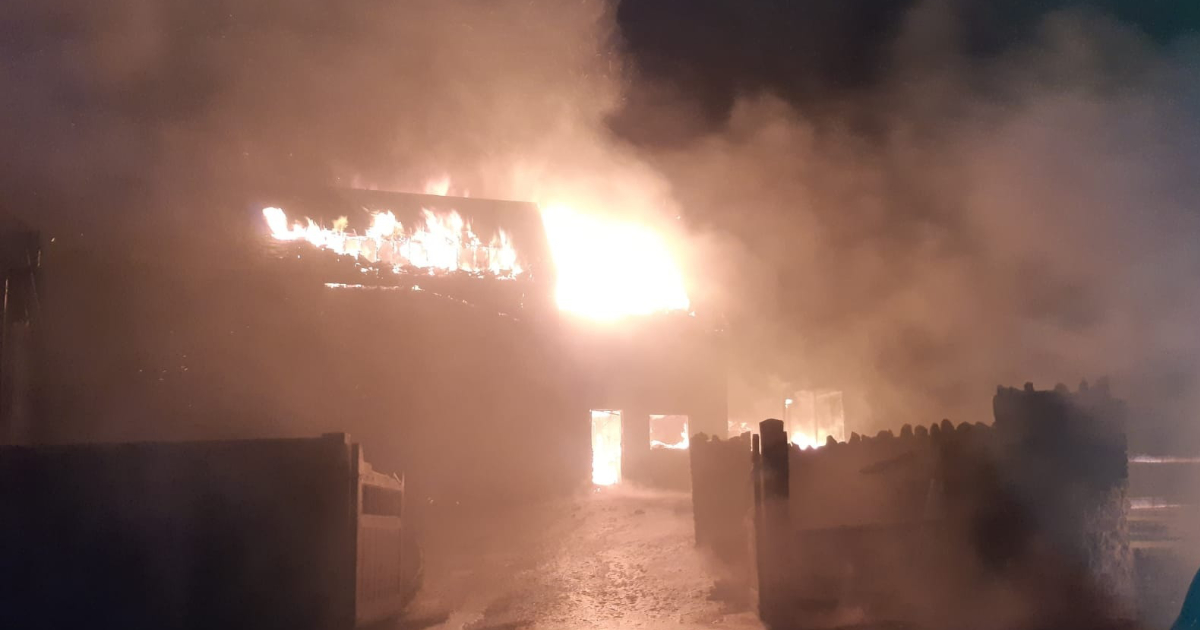 Devon and Somerset Fires and Rescue Services reported that;

The incident continued to escalate, and at 0113 hrs, a request was made for a further 2 appliances, making a total of 10. Crews fought the fire using compressed air foam, 2 hose reel jets, 3 main jets and 6 breathing apparatus.

At 0140 hrs, a request was made for the nearest aerial ladder platform appliance.

At 0249 hrs, crews confirmed 50% of the property affected by fire, one external ruptured oil drum, and 2 cars. The fire was being fanned by winds, hindering the crews progress. Crews increased their firefighting attack with a further compressed air foam jet, along with a ladder and lighting, a fire hydrant and a nearby swimming pool being used as a water source.

At 0400 hrs, crews sent an update that steady progress was being made damping down the fire using the aerial appliance, and 1 hose reel jet. Crews began rotating, with relief crews being sent."